Birthday season is upon us….

The only positive I have discovered thus far is that my Other Half can’t forget, because they all come at once.  That said, he does struggle to remember the dates our children were born and on at least two occasions I’ve overheard the GP’s receptionist double checking that he is the father as he gets in such a muddle.

I’m unsure of where I sit on the whole birthday parties issue.  When Meg was a baby we put on this huge first birthday party for her, which was mostly attended by our adult friends.  I think there were three children there of a similar age.

Last year, Eli was less than a week old so we just had family round and whilst she had a superb cake (as a lover of all things cake related, you should have guessed it would feature heavily!) we didn’t do anything special. 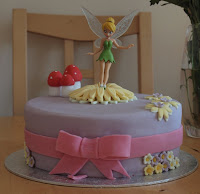 This year we’re doing a joint party for Meg and Eli.   As it’s Eli’s first birthday I feel guilty that we aren’t pulling out all the stops for him.  I’ve invited two children of a similar age to him and the rest of the children coming are closer to Meg’s age.

I know he won’t remember but I will.  When I look back at the photos of Meg’s first birthday and then Eli’s, I’m worried that I will always feel that rush of guilt.  I already feel bad that I have hardly any photos of Eli, compared with the number I have of Meg.  This is just another thing to worry over!

After discussing this issue several times over with my Other Half (who’s choice was to do nothing for either of the children) we settled on having a semi decent party but at home.

We didn’t want to fall into the trap of having to be bigger and better each year (there’s no way our bank balance would allow it either!) and had aimed to stick to the “one friend for the number of years they are” rule but I don’t think we’ve done too badly. We have only invited children Meg actually talks about, and if we weren’t part of a community of friends who’ve all had children at the same time as well as Meg attending nursery then I think three friends would be about right.

I’ve even pushed the boat out and invited some of Meg’s friends from nursery.  This actually fills me with dread as I don’t do well in big social situations and I really dislike having to make small talk.  But I’m fairly sure she will end up going to primary school with two of the children so it makes sense to build bridges (at least, that’s what I’m telling myself whenever the panic sets in!)

We’ve hired a bouncy castle and I’m going to plan some games that the older children can join in with.  Whilst we’ve gone for ‘simple’ and have planned it to be in the afternoon so we don’t have to provide food, I still can’t stop worrying.  The weather has been so rubbish lately I’m wondering whether we should hire a hall ‘just in case’ otherwise the bouncy castle will be a no go.  And what games are easy enough for three year olds to grasp?

See, now I’ve blogged myself into a panic!

On the plus side, I’ve asked my friend to make the cake (see, here it is again) so that’s one less thing to think about.  Now I’ve just got to rouse my brain cells and plan some party games, and buy some decorations, and make sure my Other Half clears the garden and buy and wrap presents…

*potters outside and has a little scream*

I’m sure it will all turn out fine…these things always do.  Now if I could just hold on to that positivity…