My Monday Me for last week was all set to contain highlights of the fantastic weekend I had – starting with getting my hair done (finally!) first thing on Saturday morning.  Except for when I turned up at my hairdressers it was closed.  No word from them, nothing.
What. A. Fail.

So that didn’t kick things off very well but the rest of my weekend did pick up as we went to Pinewood Studios for the recording of a new series of a dating show (I have no idea whether I’m allowed to mention the name on here but I figured I’d rather be safe than sorry!) 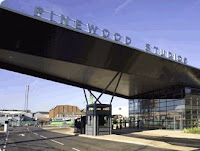 My parents had the kids for the day and we got all dressed up in our gladrags under the instructions to dress “funky, sexy, trendy” only to realise when we arrived that our idea of what that means is about a generation out of date!  All the lads had polo neck shirts and caps on and the girls were wearing what I would class as ‘everyday’ clothes and flipflops.  I was so glad I had decided to also put some flat ballet pumps in the car! 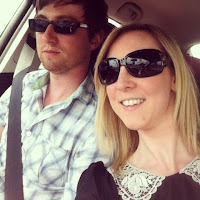 We were meant to be sitting in the front row but having got stuck in traffic on the M25 we were the last to arrive and ended up sat at the back.  OH was in his element taking part in all the mummery…fingers crossed he’ll get some air time after all his efforts!!

It was a long day, two and a half hours of driving followed by three hours shut in a hot studio with no drinks allowed followed by another two hours driving home again.  For our trouble we will be receiving some tickets to one of the X-Factor final shows so that definitely makes it worth it!

Sunday we got up early and went to our local car boot sale which I loved!  The day would have gone down as one of my favourite in a long time when I spotted the nicest milk jug and teapot set but by the time I’d wrestled with the pushchair and made it to the stall they had sold.  Still, a good morning out in gorgeous weather!