It’s been a mixed year for us, 2012, we’re certainly looking to 2013 with greater expectations.  We’ve been through what has probably been the toughest year since we got married and I think my Other Half would agree that we have basically limped through the last few months of 2012!

But I spent some time reflecting over the past year and whilst it feels as though they have been few and far between, we have had some lovely moments this year.

Camping with the kids
Not necessarily to be recommended if you have a Houdini-esque toddler like us, he must have managed to escape every possible way from the tent but it’s nice to be able to say we did it!  And on the same trip we visited Peppa Pig World which I think made Meg’s year!

Making an Easter Bonnet
My first encounter with this tradition.  And incidentally my first real blog post! 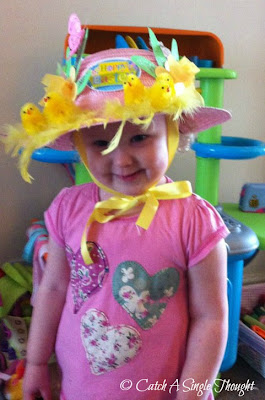 Starting a blog
I can’t really put into words how glad I am I started Catch A Single Thought.  I have made some lovely friends in the blogging community, attended my very first blogging event (winged by two fabulous bloggers who included me in their tribe!) and have been able to give Meg opportunities we might never have experienced otherwise.  I think the highlight was attending the Gala Screening of the new Tinkerbell Movie.  That really set the year off and no, it’s not what blogging is all about for me but I was so thrilled to be able to see how excited Meg was by the experience!

Adding to our family
First by way of the rabbits, and secondly by getting Alfie.  I can’t pretend that the decision to get Alfie has necessarily been a wise one (I will be blogging more on this in the New Year!) but I am pleased we did it nonetheless. 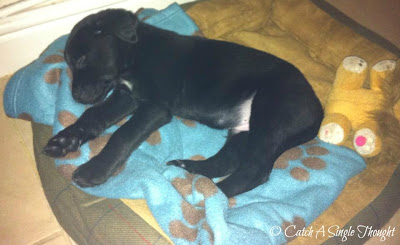 Hearing Eli say ‘mummy’ for the first time
It felt like the day would never arrive!  He was a total daddy’s boy and whilst I was fairly certain he had the requisite skills to say ‘mummy’ he just point blank refused.  The fact that it was mixed in with one of his first real coherent sentences “thank you mummy” made it all the more heart-warming!  Also I think I want to add into here, watching him become a proper little scamp.  He is so cheeky and whilst at times I despair I also want nothing more than to squidge his little cheeks and give him a big cuddle! 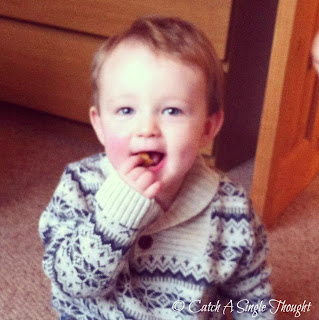 So just a few small things, I’m sure there have been many more but it’s difficult to come up with them when you’re on the spot!  For some people, they will seem insignificant and pointless but they have formed some fond memories for me, which is what it’s all about really isn’t it?

I hope you all have a Happy New Year and enjoy your celebrations, whatever you decide to do.  I think I’ll probably be getting an early night (yes, I know what you’re thinking…life and soul of the party me!)