IF you only do one thing today… 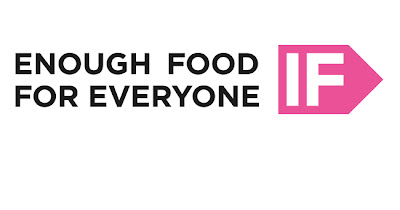 Make sure it’s something connected to this!!

Did you know that more than 2 million children die each year because they can’t get enough to eat?  That’s 200 children every hour.

Did you know that nearly one billion people go to bed hungry every night?

Did you know that the world produces enough food to feed everyone, everywhere?

Did you know that in June this year, the G8 summit will be happening in the UK.  That is leaders of the world’s richest and most powerful countries coming together.  If these world leaders can tackle the fours IF’s then we could see an end to world hunger.
We could give every child a world free from hunger….

The ‘IF’ movement challenges the Prime Minister to tackle 4 big IFs to help there be enough food for everyone:

Aid
IF governments keep their promises on aid, invest to stop children dying from hunger and help the poorest people to feed themselves through investment in small farmers.

Land
IF we stop poor farmers being forced off their land, and use the available agricultural land to grow food for people, not biofuels for cars.

Tax
IF governments stop big companies dodging tax in poor countries, so that millions of people can free themselves from hunger.

Transparency
IF we force governments and investors to be honest and open about the deals they make in the poorest countries that stop people getting enough food.

To really see an end to world hunger we need to make as much noise about this issue as we can, here are some of the ways you can get involved:

– Sign the petition, lets show the world leaders that we are serious!

– Blog about the issue to help spread the word.

– Get involved with some of the big charities supporting this cause @tearfund and @savechildrenuk to name but two.

– Watch and share this video (if you really need any more convincing!)


An end to world hunger could be a reality in our lifetime.