My name’s Jess and I’m a Sharent…

It’s become a running joke in my family that since I became a blogger, everything is a photo opportunity.  I take literally hundreds of photos a week of our family life just to capture the ‘right’ one.  I tweet, facebook and blog about important family moments (and the more mundane ones too.)  In some people’s opinions, I overshare and thus fall into the category of ‘Sharent’ 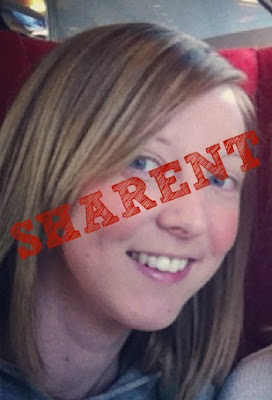 You can almost imagine the way people say it, with that slight touch of disdain, the eyes judging you, the mouth turned down in disapproval.  “Oh, you’re one of those parents”  I get it from people I know, who think that blogging is a waste of time and I have read lots of different opinions on the level of sharing that parents are willing to do.

I have weighed up the pros and cons of posting about Meg and Eli’s lives online and I have reached a point that I am comfortable with.

The thing is, I was never any good at filling in those baby books you get given when your children are small.  There was simply too much other stuff going on to justify sitting and writing about the time that Eli got his first tooth, or when Meg took her first step.  But one day, I realised that I was starting to forget when these things had happened.  I ended up scrolling back through my facebook statuses to see when I had let my family and friends know about these milestone moments just so that I could make a note of them.

Had I not shared these important moments, the truth is, I probably wouldn’t be able to say exactly when they happened.

Blogging is just one step further than that.  I have to confess that initially I didn’t think too much about the repercussions of sharing some of Meg’s weirder moments online, for example, but in hindsight, I will be telling her those same stories when she gets older anyway.  Probably in the company of her friends and so I don’t see much difference in telling my family and friends about them now.

When I made the decision to write an open letter to Meg, I pondered long and hard about how it would make me look and whether I really wanted to put it ‘out there’.  But once I had clicked publish, I received nothing but support.

To some people, I was way way too honest about my self-image, but these are the things I want Meg to know.  So it’s online?  So, what?  Posting it for the world to see allowed me to be forthright in a way that I would have struggled to do in real life.  It also allowed me to capture the emotions of a time when I felt something very strongly, rather than passing it on years down the line when I’ve forgotten most of how I was feeling.  It also gave space for other people to share their thoughts on the topic too, thus bringing a sense of not being alone in my situation, which strengthened my resolve about sharing.

I write about Meg and Eli because I think they are amazing little people, and that they have stories that are worth telling and sharing.  I don’t do it to embarrass them, I do it to encourage other parents that we’re all (more or less) in the same boat and that we can share together how fantastic our children’s achievements are.

A lady in my church once told me of how isolated she had felt after she had her children, as in ‘those’ days, there weren’t many ways she could connect with other parents.  I am not isolated; I am able to share the highs and lows with thousands of other mums and dads all around the world.  I hope that sometimes I am able to reassure other parents as I take reassurance from reading about experiences similar to my own.

Perhaps, when the kids start to get older, I will think again about how much I share about their personal lives but right now, whilst they are just doing the funny and quirky things that toddlers do, I don’t think anything of sharing their stories.  Neither do I mind about sharing their photos.  To me, they are just like any other preschool child and I am happy for people to see their faces. 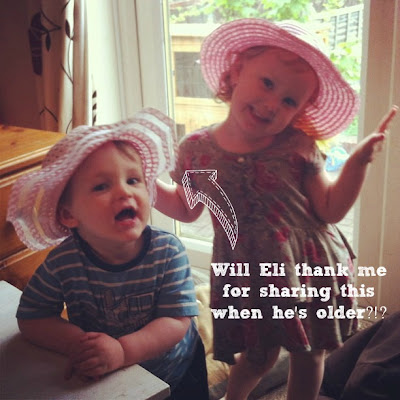 Will they resent me for being so open?  I honestly don’t know.  If I’m still blogging in 5 or 10 years time then I will sit them down and explain about what I do, why I do it and hope that they understand.  If they choose to resent me, then so be it.  I know I got angry at my parents about more ridiculous things than story sharing online; not being able to own a pair of high heeled £80 kicker shoes at the age of 9 for one thing!

I regularly google their names and so far, perhaps because I’m not batting in the big leagues, they are untraceable.  What will I do if one day my blog goes *boom* and suddenly their names are everywhere?

Well, firstly, I will let them think they are mini-celebrities for appearing so high in the God of search engines results.

And secondly, I will try, and am trying, my very best to ensure that they grow up to be confident, secure and well-rounded children who are able to laugh at themselves.  I was bullied all through school and I know how awful that can be.  I don’t believe that anything I write about Meg and Eli here will give cause for others to attack them but I do know that I will be standing right behind my children if that should happen in the future, letting them know how precious they are, and how idiotic some people can be.

Because let’s face it, if children are out to bully someone, it doesn’t matter whether it’s something they’ve seen online or some ‘clever’ remark they pull out of thin air, they are going to do it.

Starting Catch A Single Thought was one of the best decisions I ever made and I am really proud that I am making this record of family life for years to come.  If that makes me a sharent then so be it!