I have been desperate to do some sensory play with the kids but am still awaiting delivery of my Tuff Spot Tray (fingers crossed it will arrive any day now!) However, I decided to not let lack of a mess container stop me and decided I liked the idea of using shaving foam for a sensory play activity.

I wanted to use some plastic dinosaur toys that Eli has to create a dinosaur land with greenery and volcanoes.  Typically, it didn’t turn out at all as I had hoped.  For starters, I could only find one dinosaur out of the ten that we own and it was raining outside so I could only bring a small amount of greenery in as it was all sopping wet.  Once I’d put it all out I thought it looked a bit weak so I squirted some random trails of cream around the table which just made it look worse!! 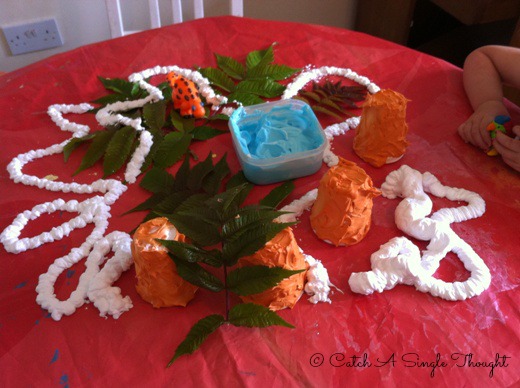 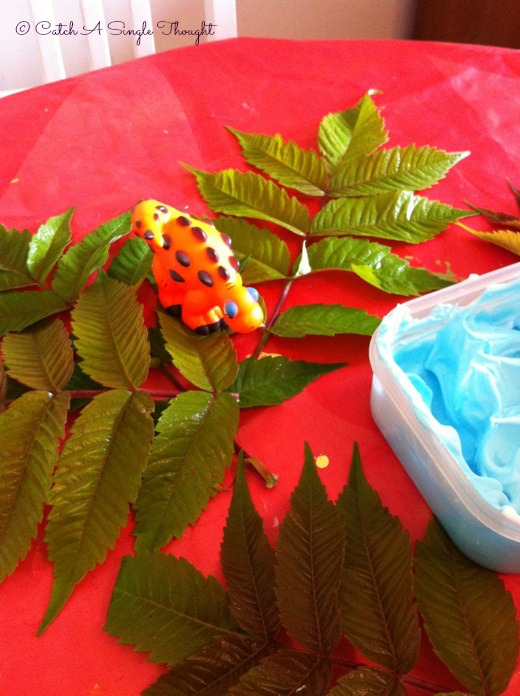 BUT, the kids didn’t mind at all.  I really ought to take the lesson that no matter how much of a perfectionist I am, kids have brilliant imaginations and can work with pretty much anything.

They really enjoyed themselves.  I had created some ‘water’ out of shaving cream and blue colouring but Meg asked for real water so I put out a tub of that.  Eli created an ‘ice rink’ for Upsy Daisy and Makka Pakka and apart from when he accidentally upturned the water tub onto himself, it really couldn’t have been less stressful. 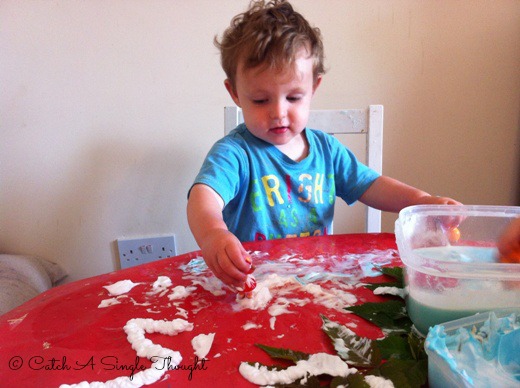 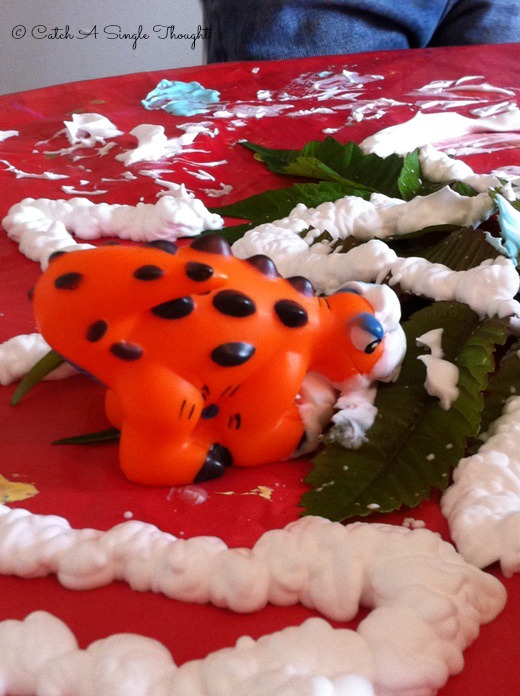 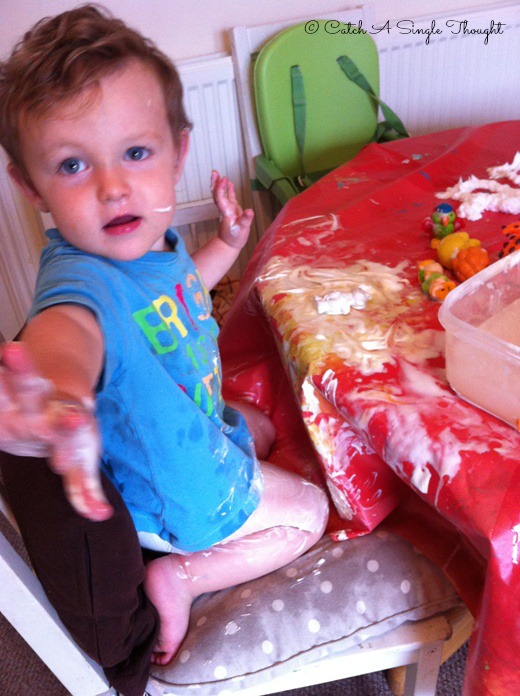 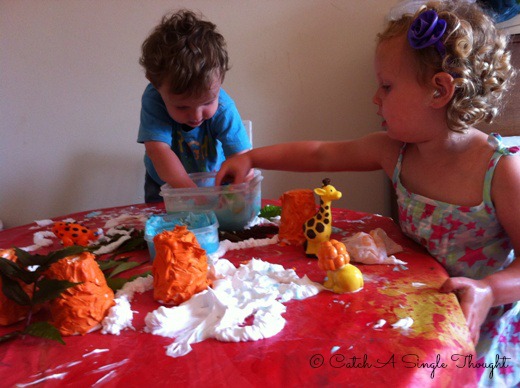 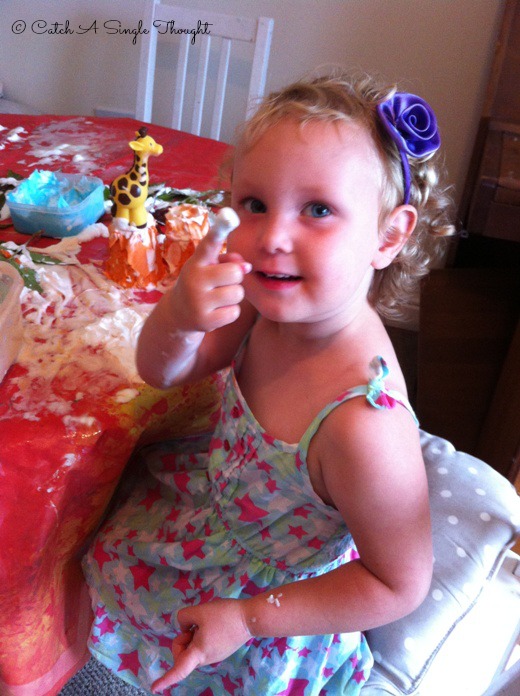 Afterwards I stuck them both in the shower and put the mat outside for the shaving cream to wash away in the rain.  Possibly the easiest clean up I’ve ever done after messy play!!
What do you think to our rainy day activity?