On Sunday I woke up at 5am unable to sleep.  ‘Pre-race nerves’ my Other Half labelled them as he rolled over and went back to sleep.  Nice.

He was probably right though as I was taking part in my first ever Race For Life alongside my sister and my mum.  I wasn’t nervous about the level of exercise involved but because I wasn’t sure what to expect, what the atmosphere would be like.

As I put on my running gear and my Race For Life vest top, Meg appeared and asked me what I was getting dressed up for.  I explained that I was running to raise money for people who were poorly, some people that we knew and some that she had never met.  She nodded thoughtfully and asked whether she could come too.  How could I say no?

So, with a last minute addition to our team we arrived in Leicester at 9.30am ready for our race.  We attached our numbers and our back signs showing who we were running for.  We warmed up and did the ‘Cancer Slam’ before lining up with the other racers. 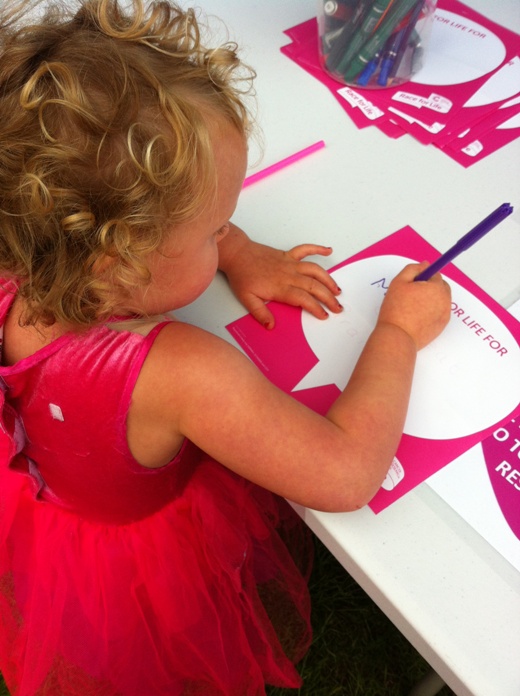 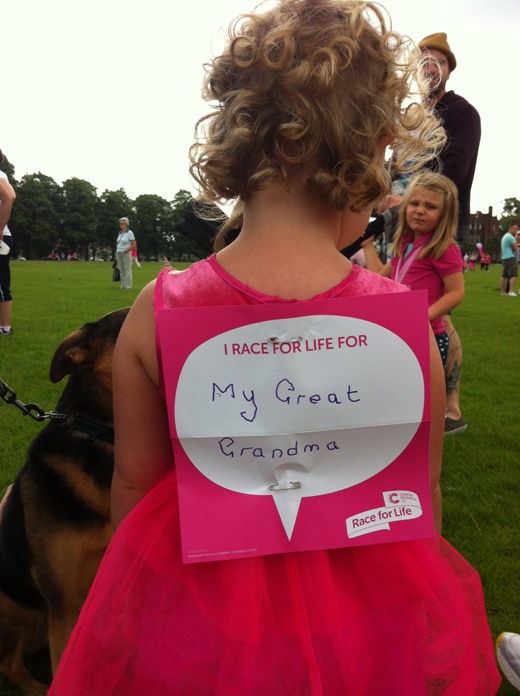 Someone had warned me previously that it would be emotional seeing so many bodies gathered together but I hadn’t believed them…until I saw the vast number of people.  It was incredibly moving seeing all the signs in memory of loved ones who had lost the fight, and those who were still battling.  I thought I’d be alright until I noticed the lady in front had a sign which read “I race for life for ME” – that set me off crying! 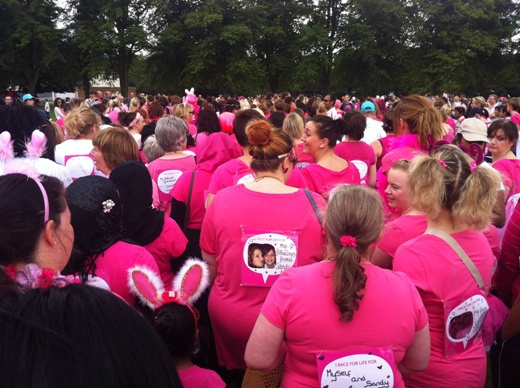 Then it was time to race. 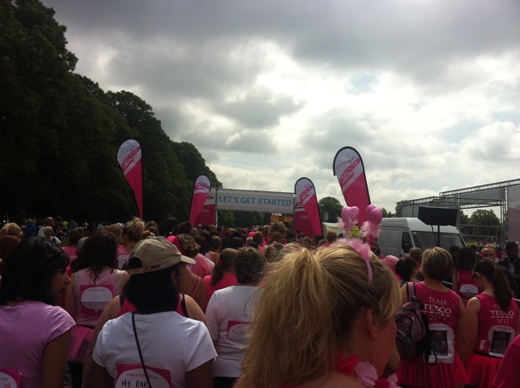 We hadn’t actually planned on running but Meg was determined she was going to win the race (this might be connected to a slight misunderstanding that she couldn’t have an ice cream unless she won) and set off at an almighty pace.  Thank goodness my sister was there and able to keep up with her as she zoomed and zagged through all the other racers. 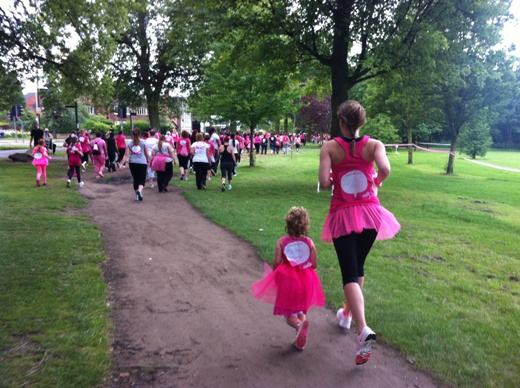 I have to say, that whilst I am really pleased to have raced with my mum and sister, I am incredibly proud of Meg.  I didn’t believe that she would even walk the 5k let alone run most of it.  She certainly put my running efforts to shame!  We managed to run the 5k in 50 minutes as well which I think is a superb time!

Cancer is a disease which has affected too many members of our family and I am beyond pleased that Meg ran for all those loved ones and to try and help prevent it happening to any more of our family at the grand age of 4!  I am looking forward to showing her the photos and explaining how well she did when she’s older.  She was by far the youngest racer taking part (not including babies in pushchairs) and so many people commented as she zoomed past them, shouting little encouragements to her.  I hope that seeing Meg’s enthusiasm for the race spurred other people on too. 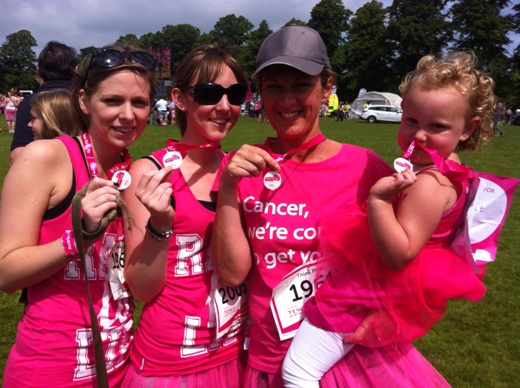 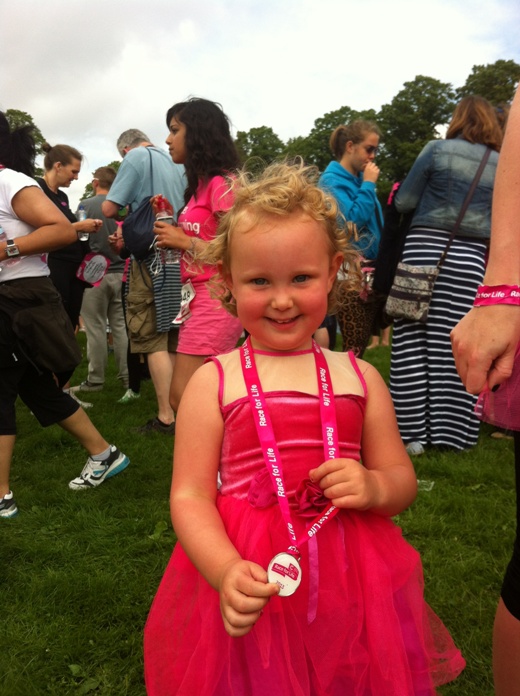 It was a brilliant morning and even better to know that all the runners there were raising money for a great cause.

The total amount of money we have raised so far is £250 which is fantastic!!  (Of course, if anyone reading this has a spare £5 sitting in their bank account and wants to put it towards something to nudge us even closer to our target that would be amazing.  Our Giving Page is here but the point of this post is not a plea for money!)

I am linking this post up with The Oliver’s Madhouse #magicmoments linky.