My theme this week for Let’s Play is Under the Sea and we kicked this off on Saturday with some sensory play.

My Tuff Spot tray has finally arrived after almost 3 weeks of waiting so I was very keen to put it to use as soon as I could!

I decided against using actual water as Meg isn’t allowed to get her bandage wet and I wanted her to be included as much as possible in the play.  If she wasn’t allowed to ‘get in’ the ocean, I didn’t think that would be very fair on her.

For that reason, I chose to use rice which I coloured blue and green using liquid food colouring.  I bought some saver range 1kg bags of rice which cost me 40p for 1kg.  It took 3 bags to fill the tray.

To colour the rice I split it into two, poured a few drops of food colouring in, and mixed it.  I kept adding colouring and mixing until I thought all the rice had been covered and was the colour I wanted.  I left it overnight to make sure it dried out properly and wouldn’t transfer colour.  I mixed the two colours together when I emptied them out into the tray. 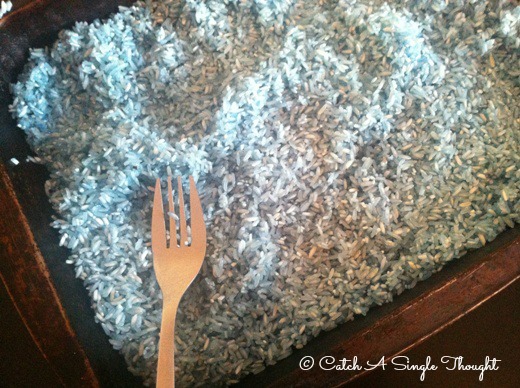 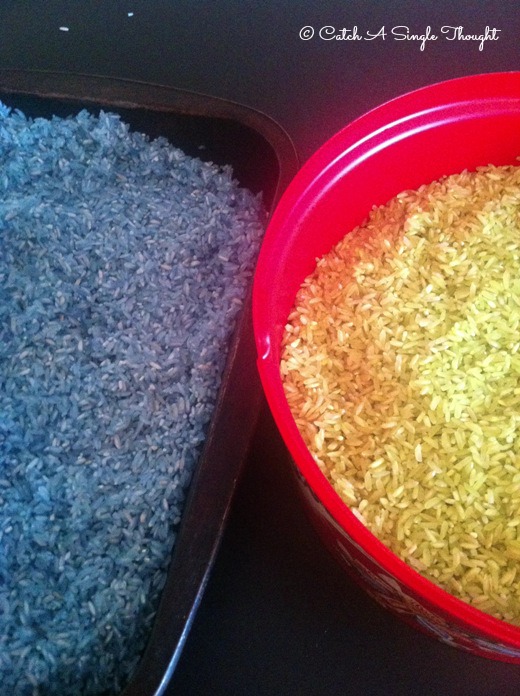 I found some decorative plants for fish tanks in our local 99p store, along with a toy mermaid.  These, along with some other water related toys we already had, were all I used to decorate the tray.  The stones I used to create a rocky point for the mermaid to ‘sun’ herself, were just ones I collected from our garden. 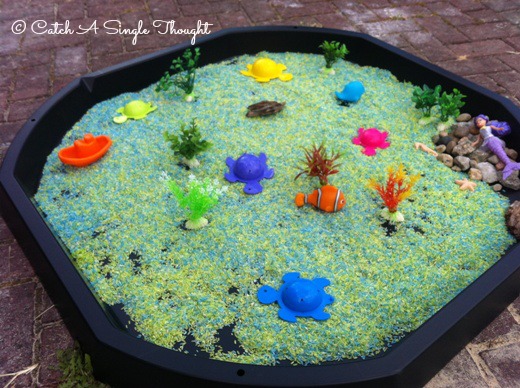 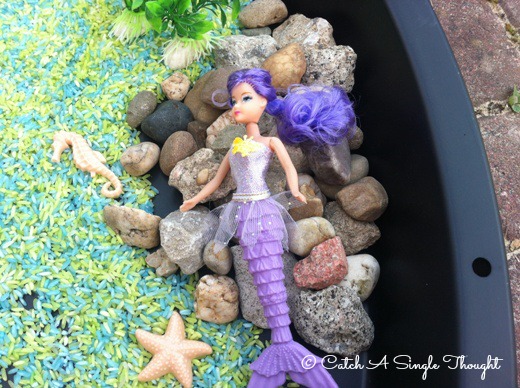 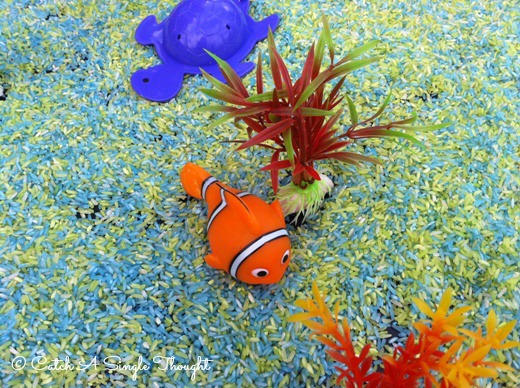 The moment Meg and Eli saw the tray, there were squeals of delight and appreciation.  Eli got in, and promptly fell over, which made Meg jump in alongside him. 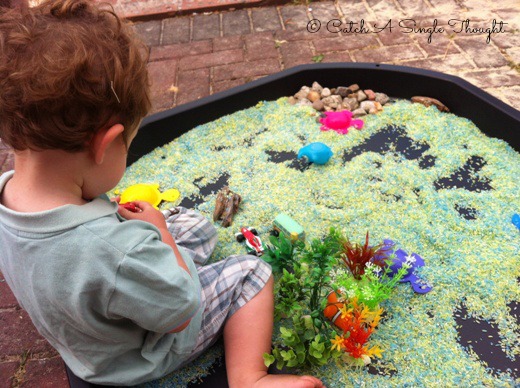 They spent all day playing with the tray, adding their own toys in (Eli choosing cars, typically!), playing make believe games with the mermaid, burying the turtles and rescuing them again. 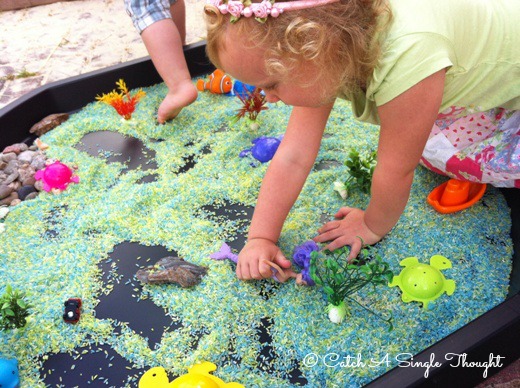 They also played with the rice itself, filling the bodies of the stacking turtles I used (also from a local £ shop) and getting cups to fill and pour with as well. 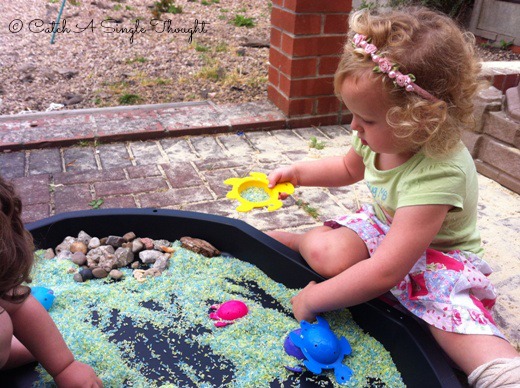 Afterwards, we had lots of fun sweeping the rice into some glass containers, ready to be used again. 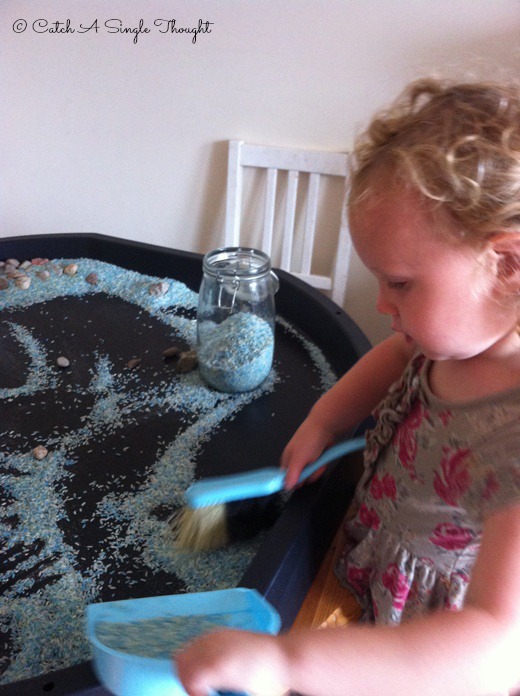 Strangely, in the sun the green rice had faded to almost white again, whilst the blue had kept its colour.  Not too sure why that happened but I guess the next time I use the rice I’ll need to go for a more arctic theme!