My Day With Nick Jnr

A couple of weeks ago, I was invited by Nick Jnr to come down to London to talk alongside their child development expert, Jacqueline Harding about routines for children.

It was one of those situations where I felt incredibly nervous but I knew that if I didn’t bite the bullet, I would forever be kicking myself afterwards.  But, in hindsight, I am truly glad I accepted.

It wasn’t the smoothest journey, I almost ended up in Birmingham after the gentleman at the ticket office misheard me saying ‘Farringdon’ (good job I checked my tickets before leaving!) although that was nothing compared to the lady sitting in front of me on the direct train to London St Pancras who actually meaning to be on a train for Nottingham!

I did find time to relax on the train however, it’s amazing how quickly I can read a magazine when I haven’t got to answer a question every 3 minutes! 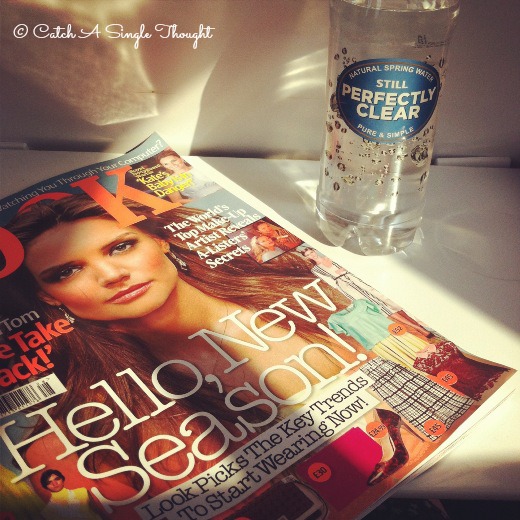 I arrived at Farringdon to find that I couldn’t catch a taxi directly outside the station as development works were being carried out, so after wandering the streets of London a bit hopelessly for 15 minutes or so attempting to hail a taxi by imagining the drivers could see my need for one by the look in my eyes (no, really), I plucked up the courage to hail one by stepping straight out into it’s path in the middle of the road.  The driver didn’t seem to think anything was wrong with that though.  Must be the norm in the city!

By the time I arrived, I had completely forgotten to be nervous and meeting Jacqueline, who was extremely friendly and very calm and collected, also helped a lot.

I got some time to get settled and think about what I wanted to say whilst listening in on a telephone interview Jacqueline was doing and then we went through to the studio.  There were lots of people buzzing around and I will admit that whilst I was having a light dusting of make up, I started to feel quite nervous.

But then I went into the studio and met the superb Vicky Letch who was presenting the show, and she instantly made me feel at home.  When we were actually filming the live show, it felt more like gossiping over a cup of coffee than being streamed live! 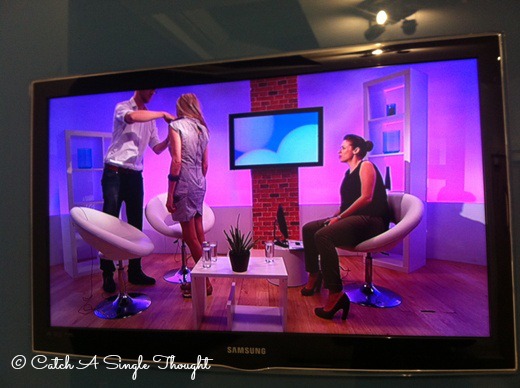 Having cringed my way through watched the video,  I think I do look nervous, but I didn’t run out of the studio and throw up, which had been my biggest concern up until that point.  Silver linings and all that! 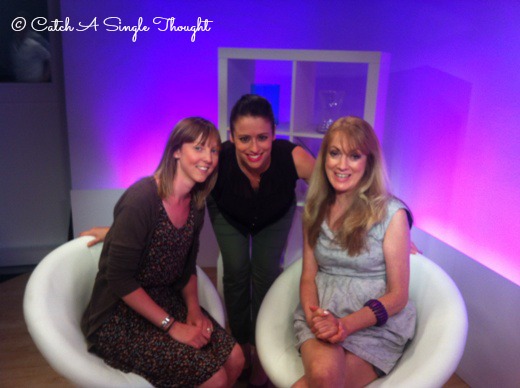 A few days after I got home, we received a Dora Step by Step pack in the post which contained some reward charts along with a cute magnetic height chart.  We have already put the reward charts to good use with Meg, and even Eli has wanted a look in with getting some stickers which is great.  There is some downloadable potty training resources which I’m planning to use with Eli once Meg starts school…or maybe after Christmas…it depends how brave I’m actually feeling!! 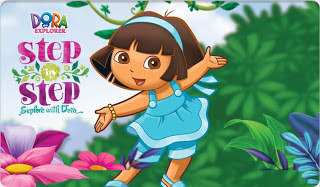 You can find all the downloadable/printable materials here.

And if you haven’t yet seen me in all my glory, you can watch the recording of the live show here.

A massive thank you to Jessica Feldman, Sarah (Nick Jnr’s lovely PR lady), Jacqueline Harding and Vicky Letch for being so nice to me, and also to all the other lovely lovely people I met during the experience.