After reading Actually Mummy’s post yesterday about finding THE whomping willow from the Harry Potter films, I was full of enthusiasm and determined to give geocaching a go.  I downloaded the app, and told my Other Half that when he got home from work we’d be going out for a little adventure.

On the app you can only see the three closest routes to where you actually are, so we drove up towards our local woods and then chose from the three suggested to us.  One of them was at a reservoir so deciding that it looked simple enough we parked up and set off. 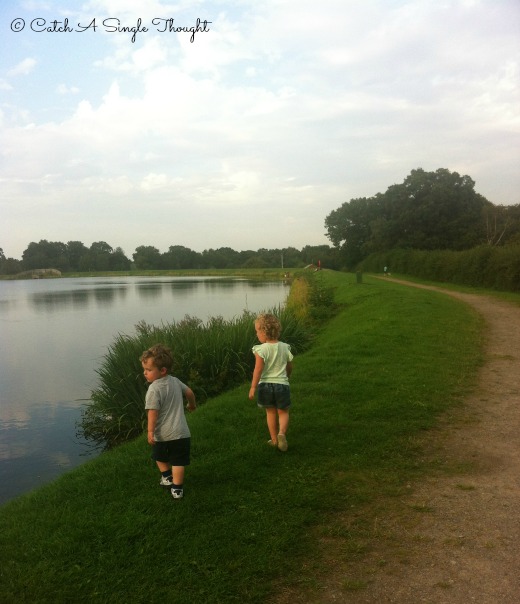 I thought it would be a little bit more technical than just following a flashing blue dot along a red line, I think I expected there to be treasure hunt clues or something.  I was even more perplexed when we couldn’t find anything, I was standing right on the dot!  It was perhaps a bit of a shame that the place the cache was meant to be hidden was right behind a man fishing so my Other Half felt silly rooting around in the bushes and abandoned me at the first attempt.  I’ll admit, he did look at me like I’d lost the plot when I reached into the hedge to grab hold of the shiny plastic thing that had caught my eye and came out brandishing a Lucozade bottle!

After a few minutes it became obvious that the box wasn’t there so we decided to just enjoy our walk around the rest of the reservoir, talking to the few people who were fishing.  Whilst walking round I decided to have just one more look at the app and saw that there was another cache hidden just behind the car park we had pulled up in, so I convinced my Other Half to give it one more go and have a look for that one. 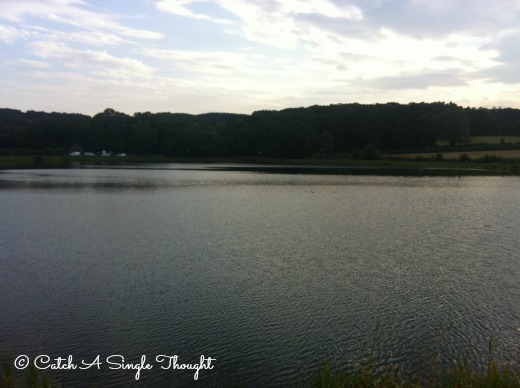 Unfortunately, we didn’t find anything the second time either!  Although there was a hint, which did help to focus our search it appeared to be somewhere on a busy country route and with cars racing past at 70mph we couldn’t spend more than a few minutes looking for it.  Nor did I manage to take any photos of our hunt as we had to keep all eyes on Eli and make sure he didn’t bolt for the road.  As it turns out (according to the website), due to the coverage of trees the dot showing where the box is, is actually incorrect and you need to go into some kind of field to get it, which would have been helpful to know at the time!

I think we need to research our routes a bit better before we tell the kids what we are looking for, or maybe scout them out beforehand.  Meg went home feeling really deflated that we hadn’t found what we were looking for and my Other Half is now convinced it’s all a big sham.  I will be working hard to make sure we don’t give up!  I think next time, I might take some of our own ‘treasure’ so that the kids don’t have to leave empty handed if we are unsuccessful again.

Despite the fact we didn’t find what we were looking for, we still had a lovely walk in the fresh air, in a place we hadn’t been to before, so I wouldn’t consider the experience a total loss! 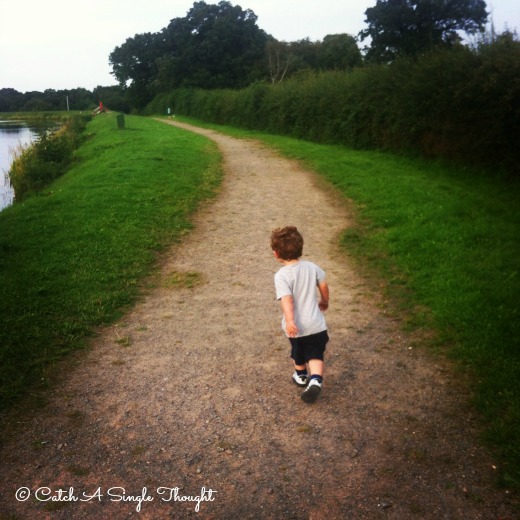 Have you ever been geocaching?  Have you got any tips to share with us newbies?

I am linking this post up with Coombe Mill’s Country Kids linky.