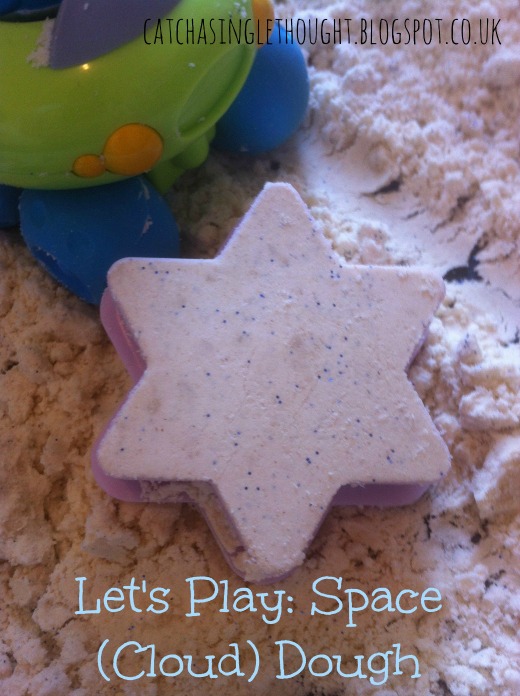 Continuing with our space theme, we decided to try our hand at some cloud dough with the added extra of blue glitter to make it a bit more galactic.

I’ve not made it before and I found the recipe on Pinterest, it’s very easy just 8 cups of flour and 1 cup of baby oil mixed all together.

I think I could have perhaps used a bit more oil, had I not run out, as although it was very silky and soft it didn’t stick together quite as I had hoped.  Maybe it’s not meant to, I will try it again and investigate!

We used our tuff spot tray and added our Happyland space vehicles and figures.  We also used a star and circle cutter (because Meg chose them) which was fine, it was all about getting them to explore and experience.  They used the cutters for mark making in the cloud dough and also for pressing the cloud dough into to make shapes, although it fell apart before they could get it out most of the time. 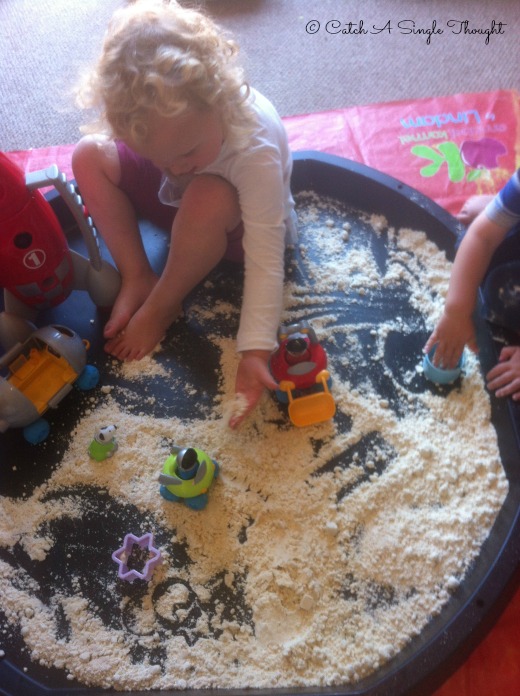 Both Meg and Eli really enjoyed it, especially when I said they could get in.  Eli literally rolled around in it so I’d probably advise playing outside if you don’t want to have to clean up afterwards. 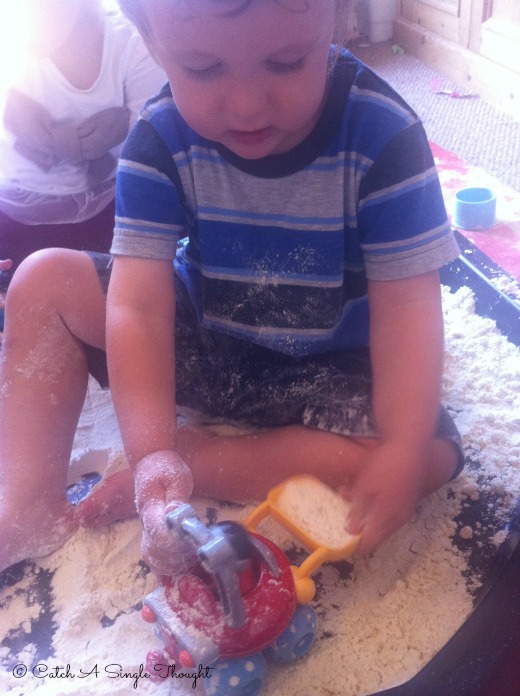 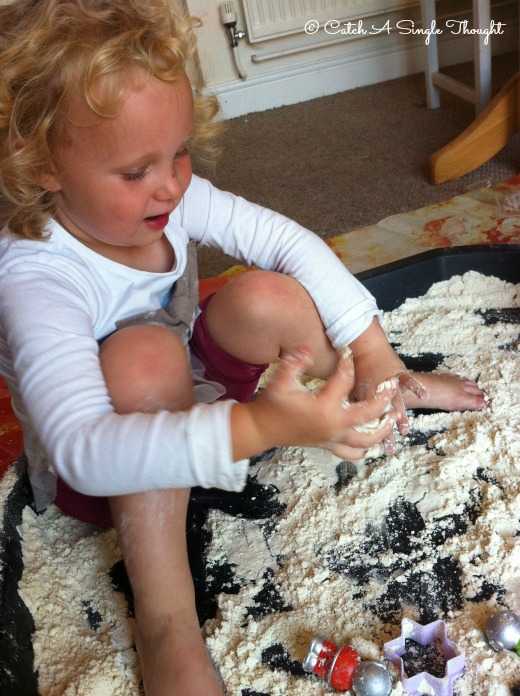 Meg said she loved the feeling of it between her toes, and particularly liked squeezing it into a tower and then standing on it and squashing it down. 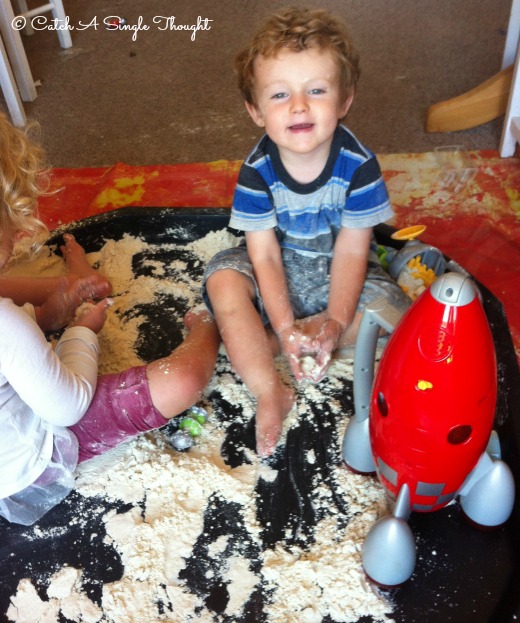 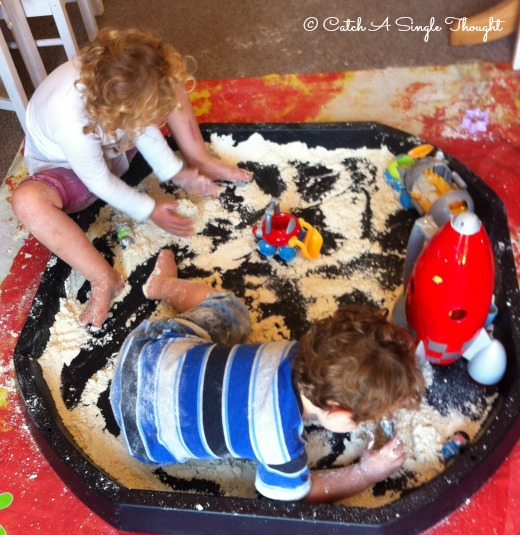 Something else I didn’t realise, was how much Alfie would love it.  He spent the whole time trying to sneak mouthfuls of the cloud dough when I wasn’t watching.  I have no idea why a dog would find flour and baby oil an irresistible meal, but he did.  For this particular sensory activity, I did succeed in keeping him out of the tray so that’s an advancement on last time!

All in all, this was a success.  I think next time I’d like to try some scented oil to give the sensory play an extra element. 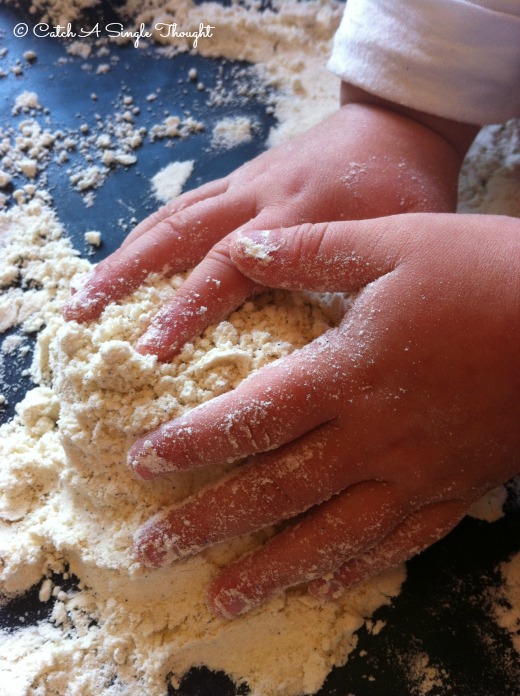