We were very excited when we received our invitation to the Tatty Puppy Launch Party at Hamleys.  I am ashamed to admit that despite numerous visits to London, I have never before crossed the threshold of Hamleys so it was to be a new experience for 3 out of 4 members of our family! 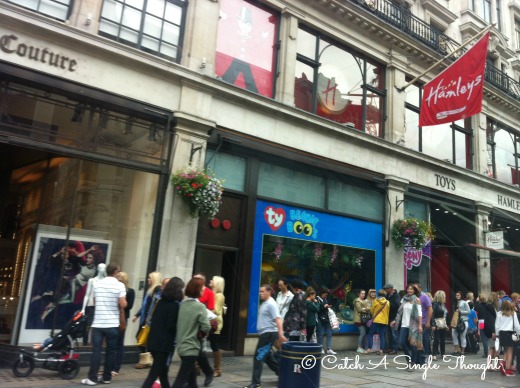 When we entered the doors we were greeted, not only by a giant Tatty Teddy, but also by a huge array of gorgeous pink fluffy puppies.  I’m sure you can imagine what Meg’s reaction to that was.  It was a little girl’s heaven. 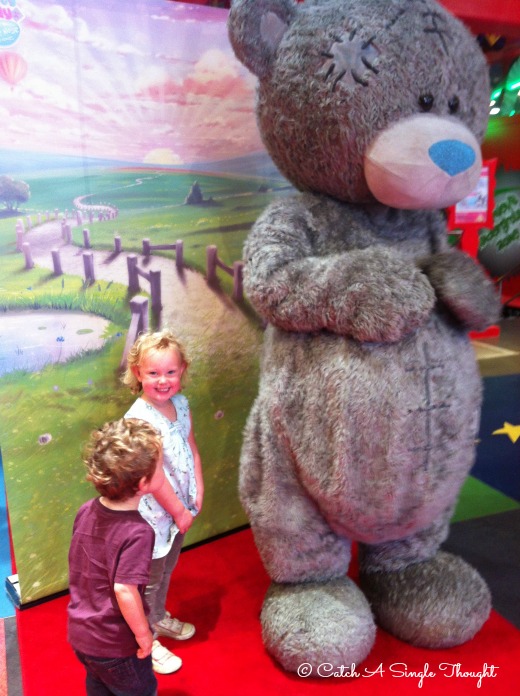 We were able to wander around Hamleys at our leisure, taking in the toys (and making mental shopping lists), we had been given a piece of paper on entry which featured many of the Blue Nosed Friends and we were encouraged to try and find them hiding on the various floors.  I have to say, I think I took this a bit more seriously than Meg and Eli and ended up finding most of them on my own.  It reminded me of an event we used to have in the village where I grew up and various characters were hidden in shops.  It was a competition to see who could find the most and I was never very good at it.  Apparently I have improved with age! 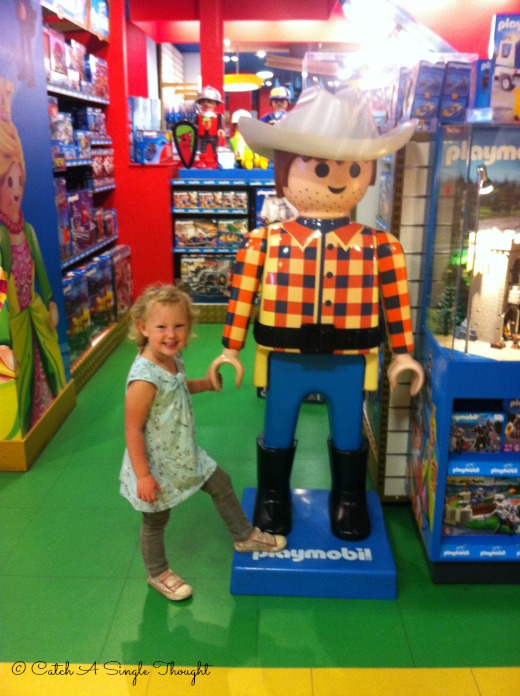 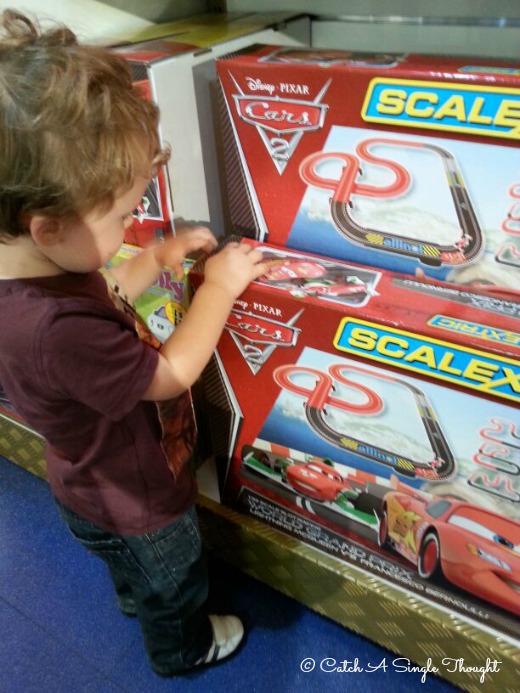 We then enjoyed some delicious cakes and treats in the Party Room.  Okay, I enjoyed the cake and Eli enjoyed some fruit whilst Meg waited patiently to have her face painted just like Tatty Teddy joining him for an in-depth discussion and a cuddle whilst she queued. 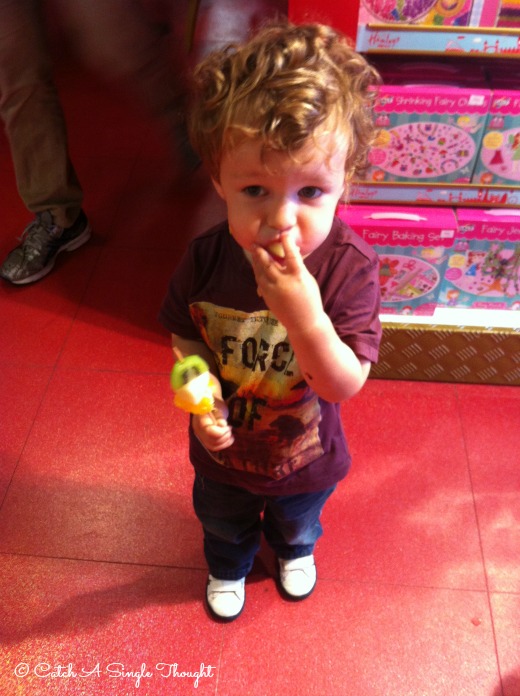 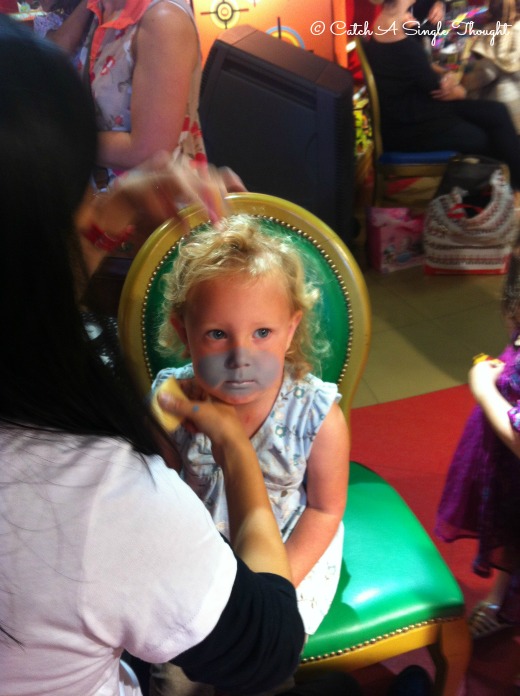 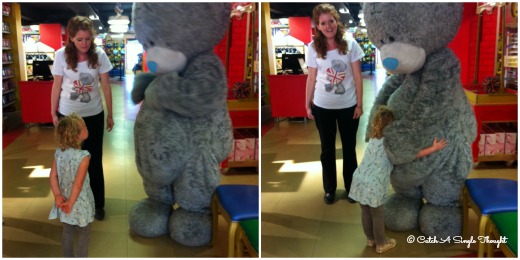 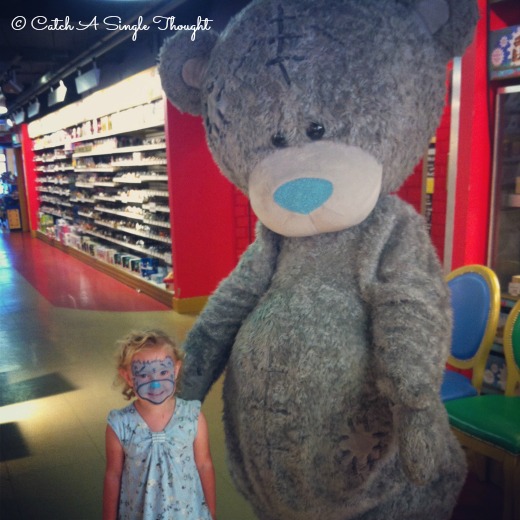 So what is all the fuss about?

Well, Tatty Puppy is the latest interactive toy to join the Tatty Teddy & Blue Nosed Friends range.  He makes a variety of sounds and sits, stretches, wags his tail and lifts his ears.  He can also interact with the Blue Nosed Friends app responding to the games as they are being played. 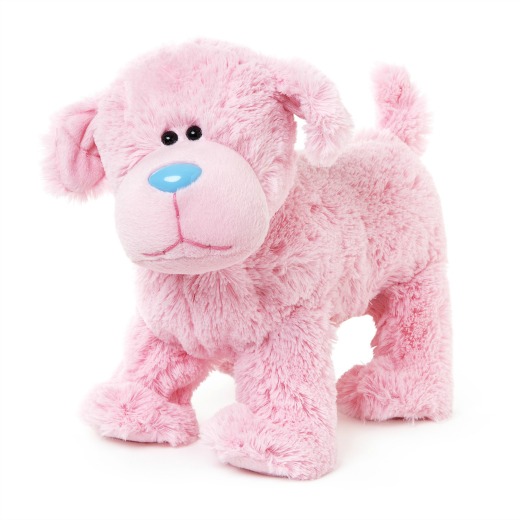 Aimed at girls aged 8 and under, Tatty Puppy can be dressed up in his very own outfits which can also be stored in his wardrobe/carry case.  I can fully imagine that this cute puppy will feature on many Christmas lists this year!

The app itself costs £1.99 with six mini-games.  Most importantly there is no in-app purchasing so if, like me, you have finger happy children who swipe and click and work their way through apps at the speed of lightning without you having a clue what they are doing, there’s no risk of a huge bill at the end of it’s use!

We were really impressed with the range of Blue Nosed Friends toys.  Meg is just coming up to the age where she is interested in this kind of thing, in particular she seemed quite taken with the figures you can buy.  Eli also seemed to enjoy them and made himself quite at home with the car (no surprises there) – we received two of the figures in a gift bag and Meg has been playing with them a fair amount.  I guess it makes it easier for me to know what she might want under the tree in a few months time! 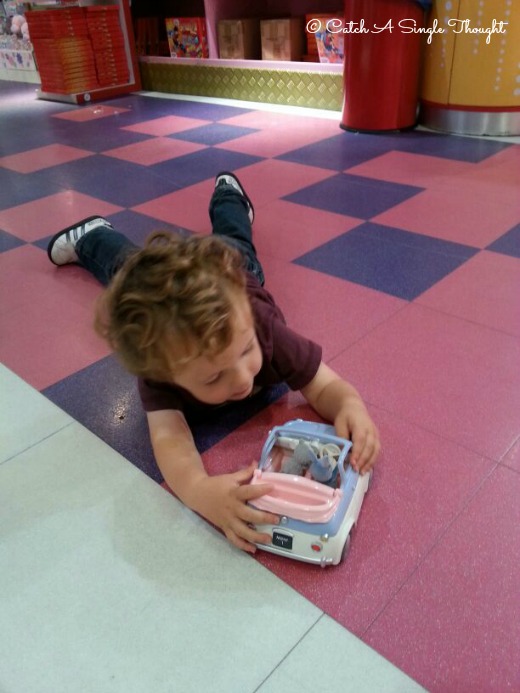 I think Tatty Puppy will be appearing in a great many houses, if the reaction at the launch party is anything to go by.

Disclaimer: We were invited to attend the launch party at Hamleys, London.  All thoughts and opinions are our own.