Last weekend we decided to embrace all things autumnal and headed out for a walk in some woods local to us.  We’d received a tip-off that there was a very interesting looking labyrinth for children to explore and so we made a beeline for it.  Meg decided that there might even be fairies there, and determined that she was going to hunt some out!

On the way, we passed a huge oak tree with hundreds of green acorns hanging down.  Eli became very excited by this and spent a good 5 minutes hunting out ones on the ground.  I’ve already shared my favourite photo of him showing one of his collection, but it was amazing to see the look of wonder on his face as he made the discovery.  We talked about how the acorns will eventually turn brown, and how they are food for squirrels.  The kids called out for the squirrels but (unsurprisingly I’m sure with all the racket they were making!), we didn’t see any appear. 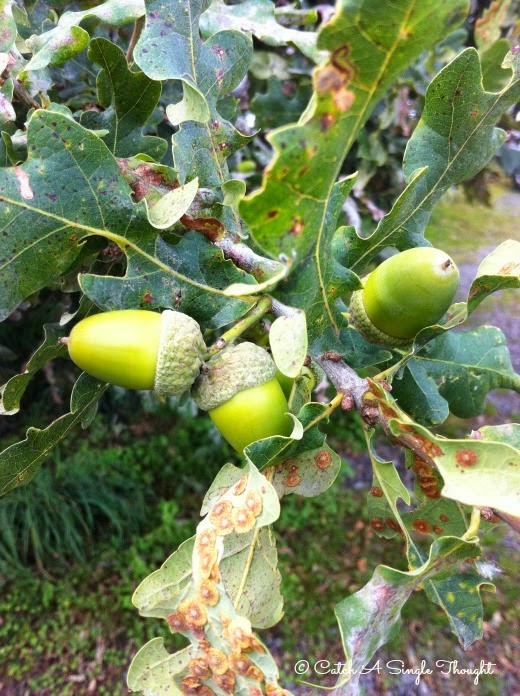 We slowly made our way toward the labyrinth, it was a straight path from the car park to the labyrinth but we allowed Meg and Eli to go off the path exploring.  It’s much too boring to walk in a straight line the whole time, especially when Alfie can find such great places to run to.  It’s only natural that the kids want to follow him. 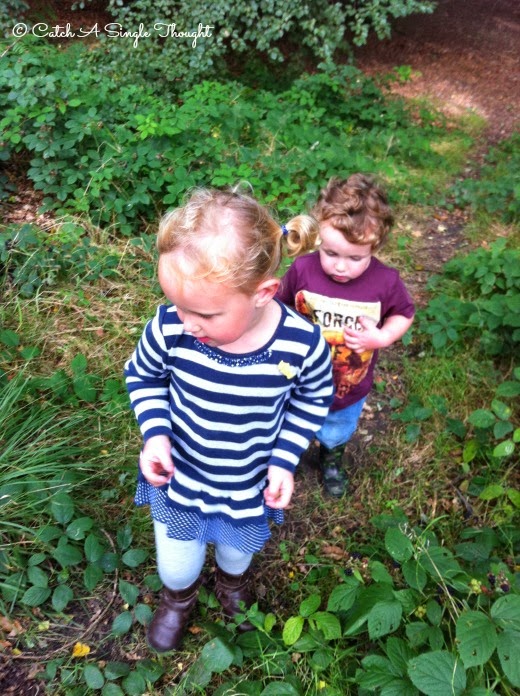 We eventually reached the labyrinth and Meg and Eli really did have a magical time exploring.  The labyrinth is made of twisted rhododendron bushes and there are hundreds of hidey holes and paths through off the main decked path.  It would be a fantastic place to play a game of hide and seek with slightly older children.

The whole time we were exploring, Meg and Eli were just squealing and shouting with delight.  They loved disappearing into tiny gaps and climbing over twisted trunks.  It was a brilliant and natural environment for them to play in and they didn’t need much encouragement to really go for it which was great to watch.  We just followed along behind them watching them make their own fun. 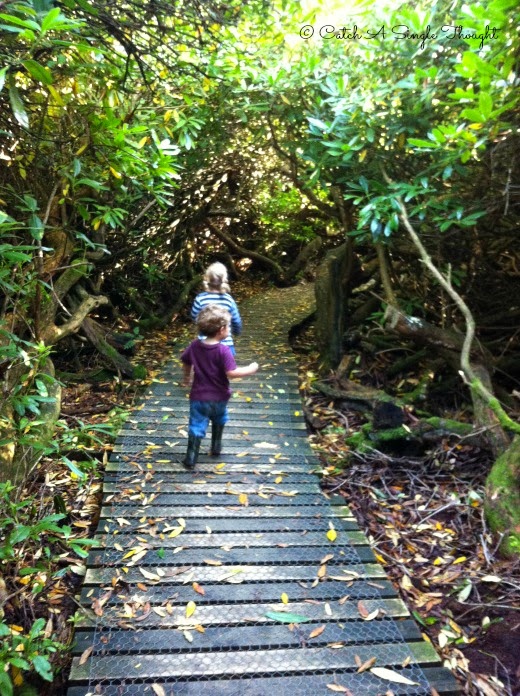 We found some wooden toadstools in the very centre and we sat and listened to a story called ‘Tania’s Tales’ through an electronic speaker amongst the tangled branches.  We also had time for a little snack and tried out our the Barny samples we had been sent.  Barny is a bear shaped sponge snack and comes in two flavours, chocolate and milk.  Both got the thumbs up from Meg and Eli (and Mummy and Daddy too!)

I didn’t manage to get a picture of the kids eating as I was, erm, quite busy enjoying my own Barny treat.  We particularly all enjoyed discovering the hidden filling, it was unexpected and delicious! 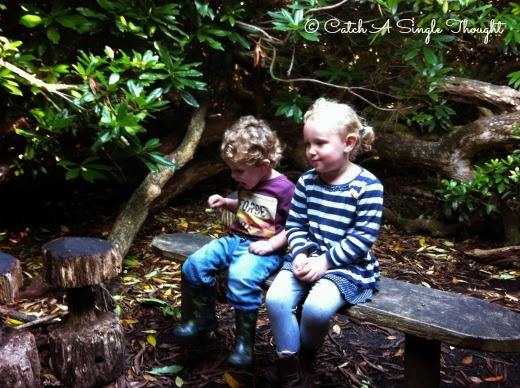 Unfortunately we didn’t find any fairies, much to Meg’s disappointment but we still had a lovely adventure off exploring and discovering.  Daddy saved the day by getting stuck in a magic tree and needing to be rescued by our two intrepid explorers plus one very keen pup! 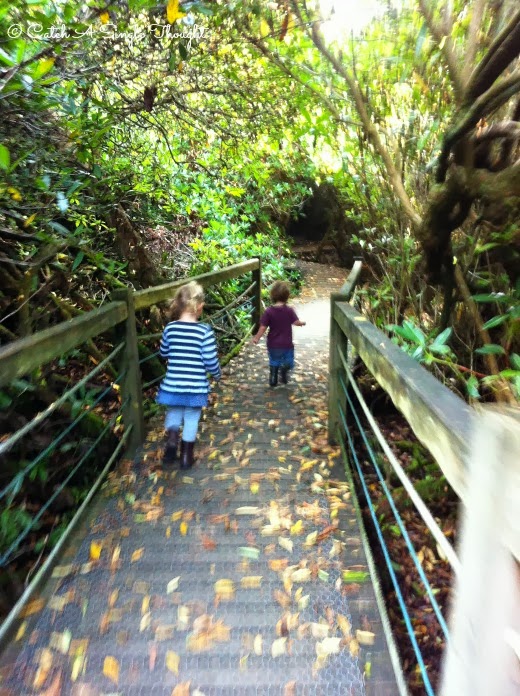 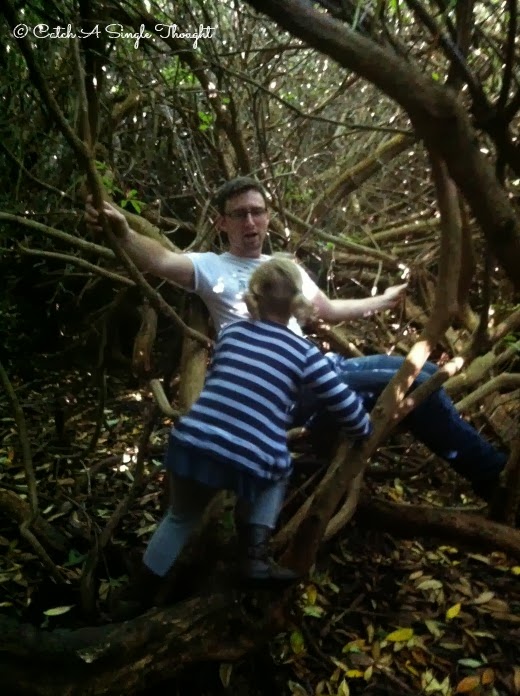 On the way back to the car whilst we were talking about the different kinds of leaves that were on the ground, a caterpillar happened to float down directly in front of my face so we caught it and Meg and Eli were equally thrilled with this discovery and spent a long time *gently* passing the caterpillar backwards and forwards.  It, in turn, did some very caterpillar like crawling on their hands which they found hilarious and kept up shouting ‘it’s sticking it’s bum in the air!’ 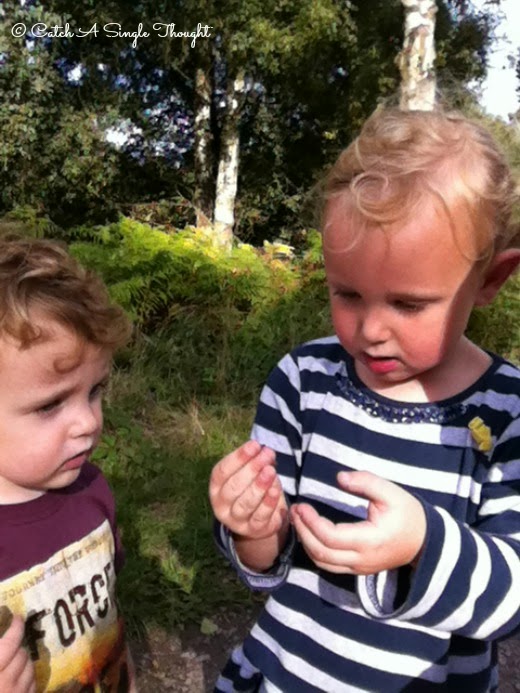 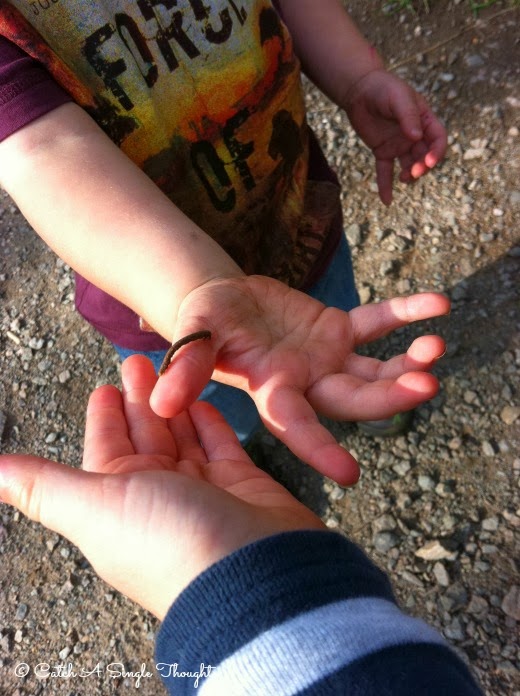 Eventually we popped the caterpillar down on a leaf and the kids shouted their goodbyes and good lucks. 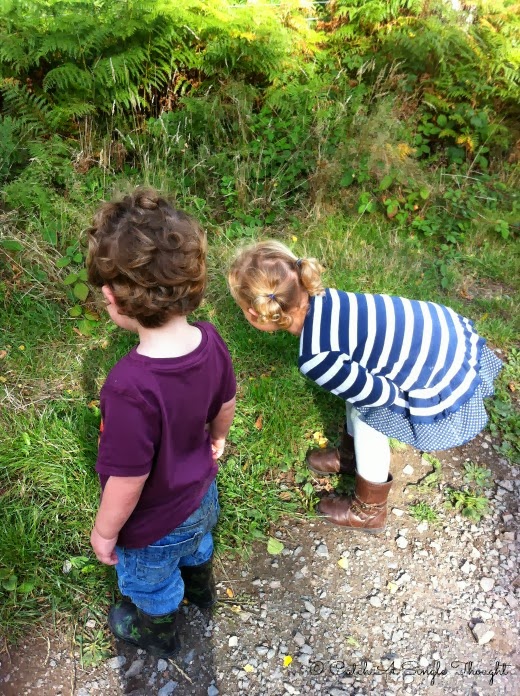 So, we didn’t find any fairies but we did have a very good woodland adventure exploring the labyrinth and finding the caterpillar.  Which I would say is pretty good! 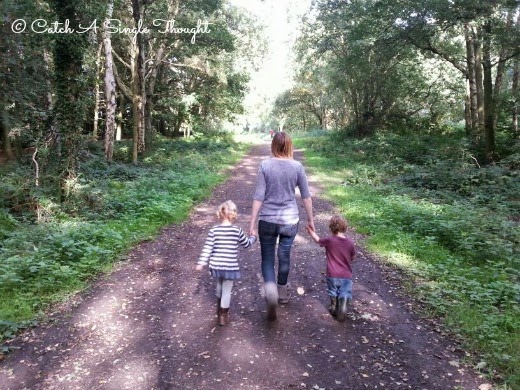 Disclaimer: This post is an entry for BritMums ‘Little Adventures Challenge’ in partnership with Barny, the bear-shaped snack providing a little discovery in every bite.  Find out more about Barny here.