People seemed to enjoy our Autumn Bucket List idea and with half term just around the corner (only two more days, yippee!!) and lots of fun planned for then, I thought I’d write a little update sharing some of the things we’ve been getting up to recently.

We have spent A LOT of our time outdoors.  We’ve been blessed that, until the end of last week, we hadn’t seen much rain just beautiful crisp autumnal weather which lends itself very well to time outside feeding the ducks and collecting bits and pieces.

Conker Collecting
After spending my time at the end of September looking on with envy and worry at people’s photos of conkers, we managed to get a great haul over the last two weeks as they have fallen.

Eli appears to have caught the bug and we have spent many a morning on the way back from school hunting them out and bringing back a pushchair’s hood-full.  In fact, we now have so many conkers that I have several Mason jars full of them and no real idea what I could do.  Probably time to look at Pinterest for some inspiration! 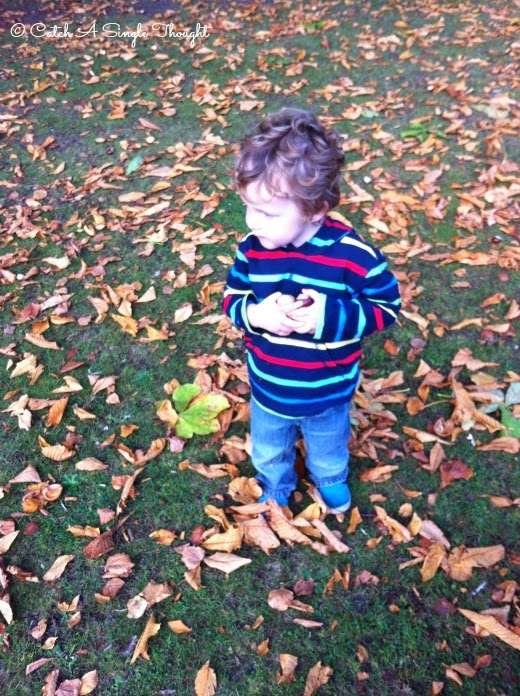 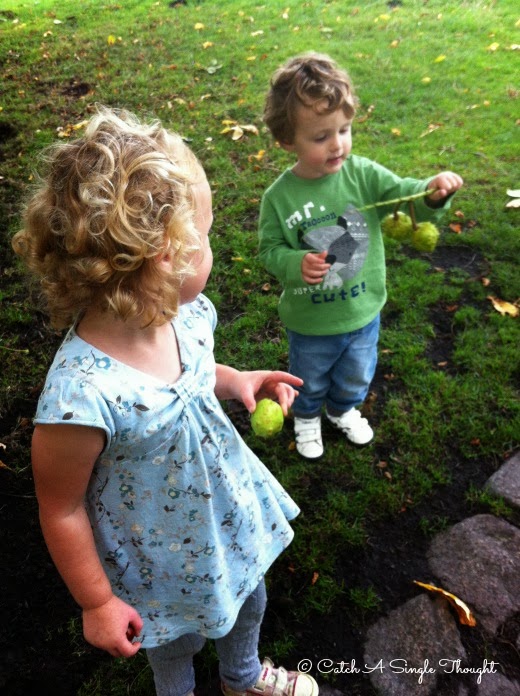 Walks
We have walked and walked and walked.  We’ve been down to our local lake to feed the ducks (minus Alfie who, unfortunately, has a tendency to get in the water with the ducks and swans and scares them off), we have been on woodland treks trying to spot the different types of leaves that have fallen onto the ground and have invited friends along for the fun too.

We recently went to a national park close to us and saw the stags rutting too which was amazing.  I didn’t get any photos of that but Meg and Eli did manage to get quite close to a deer without startling them which impressed me.  The deer was probably used to the excited squeaks of children though. 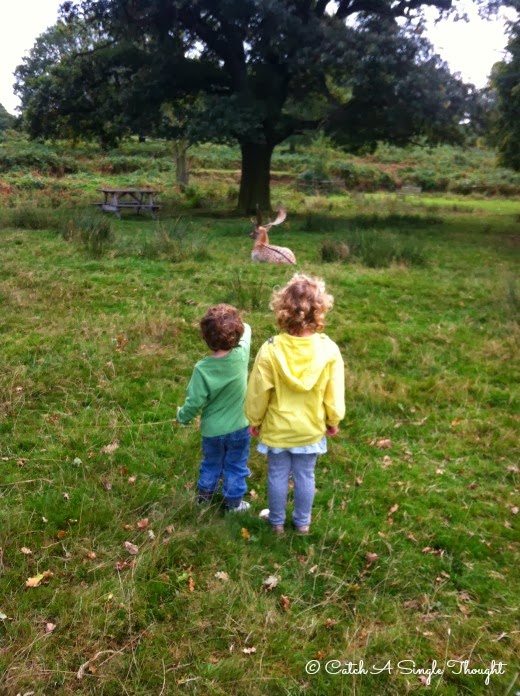 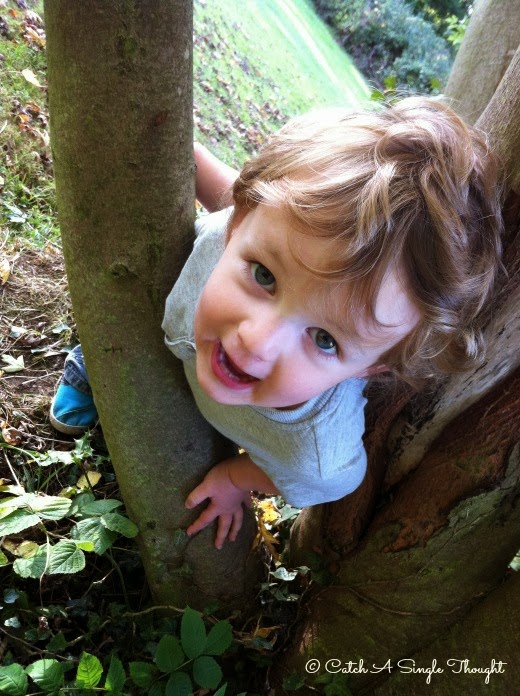 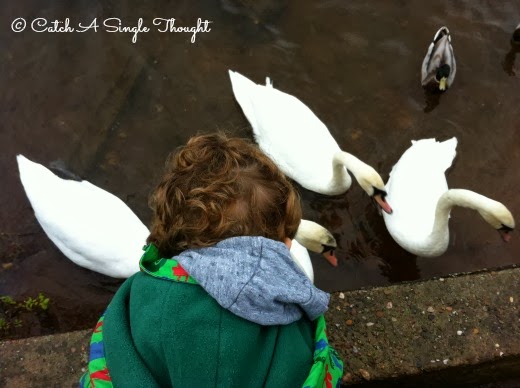 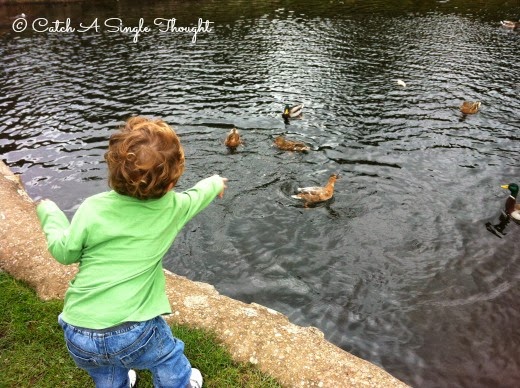 Puddle Jumping
I shouldn’t lament the arrival of the rain as it has meant Eli can partake in his favourite activity of all: puddle jumping.  It doesn’t matter if the puddle is so small only mice can see it…if there’s even a hint of water he will jump in it.  It also doesn’t seem to matter to him whether he is wearing his wellies or not and we are going through several pairs of trousers a day at the moment just trying to keep him in dry ones.  I think it might be time to invest in an all-in-one waterproof suit! 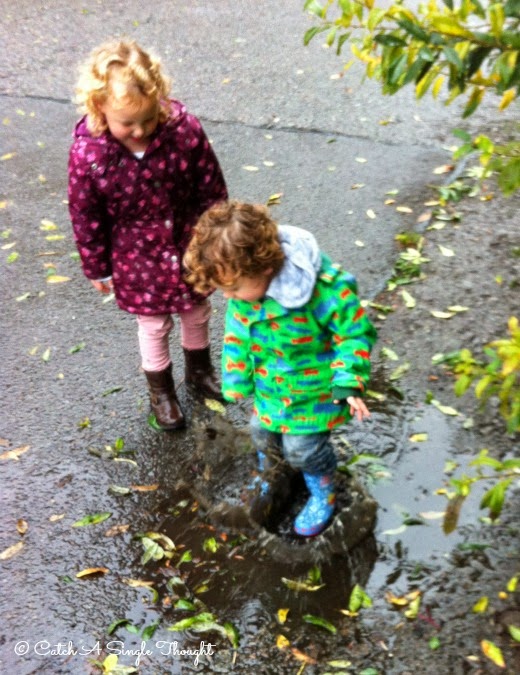 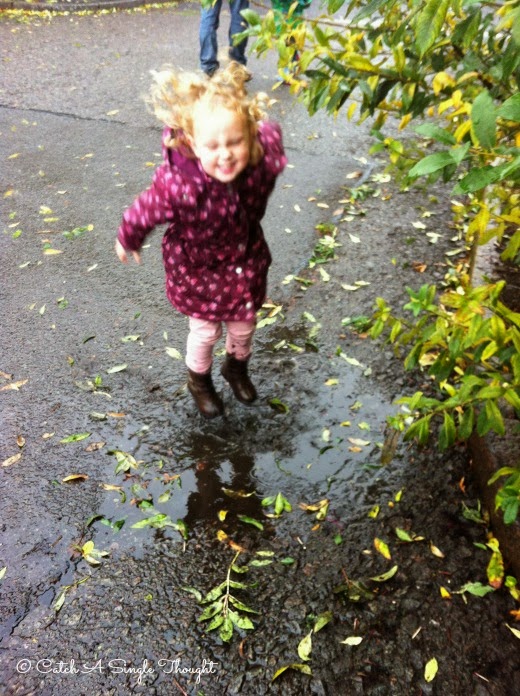 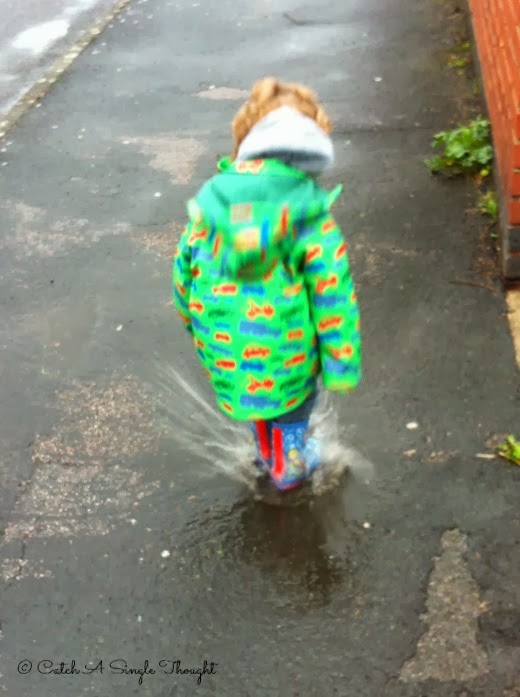 Baking
We haven’t got as far as making homemade soup yet, which did feature on our bucket list (I know it isn’t technically baking but you know what I mean!) but we have done our fair share of baking.  My favourite bake so far was our smartie fish cake which I will be sharing in a few days time. 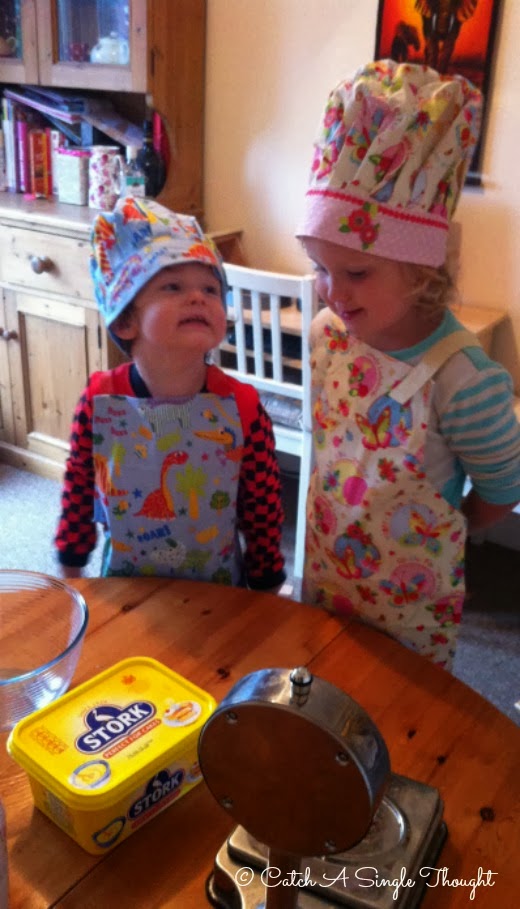 I’m sure I will have more to share after the half-term but in the meantime I hope you are all having a fantastic autumn and enjoying the outdoors!