On Saturday we had a firework party for Meg and Eli and some of their friends.  We were aiming for something low key which would be suitable for younger children, and my Other Half was dispatched off to buy fireworks which would work for this age group.  I think he managed this very well and it was a shame that it was incredibly windy as some of the fireworks just weren’t powerful enough to work.  Our Catherine Wheel for example, didn’t make it round at all despite all the children shouting for it to spin spin spin!

I will use my usual disclaimer that I am not a food blogger, so I apologise for the quality of the photos.  It was dark when everything was ready to go so they didn’t turn out as well as I’d hoped (the photos, not the food…) 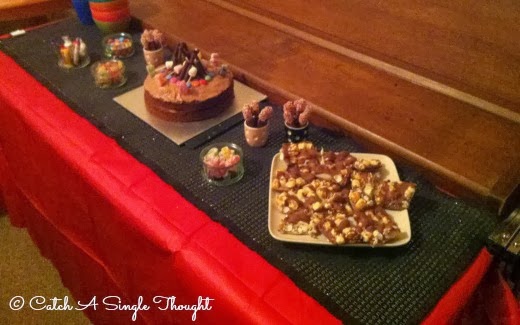 I had decided to make a few sweet treats for the party, inspired by the firework theme.  I had spotted these edible sparklers and was keen to try them out.  They were so simple to make and were a big hit with the kids.  I couldn’t find any popping candy so just used 100s and 1000s to make them. 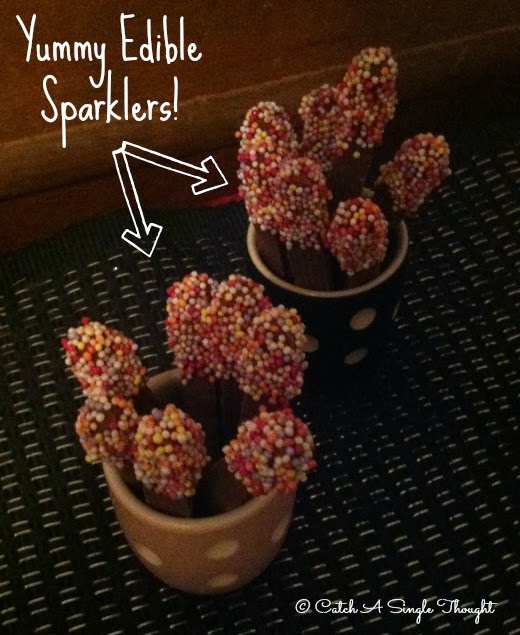 Then I made some Toffee Pocorn & Chocolate Bark which was again, very easy to do.  Simply melt some white and milk chocolate, mix with some toffee popcorn and put in the fridge to set.  Once set you can cut or break it into little pieces.  I had a lot of compliments about this and it really was a five minute job to make it! 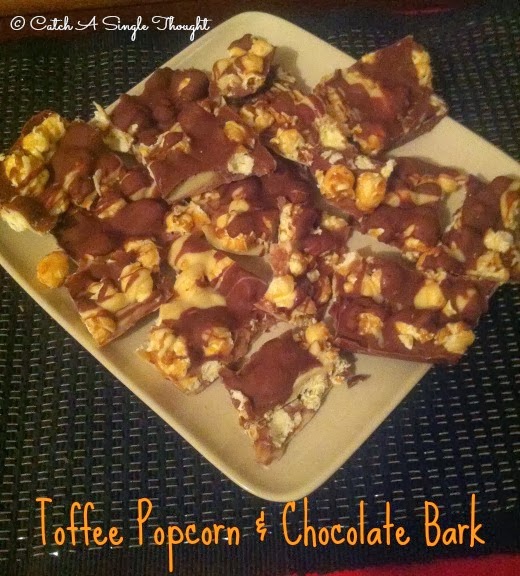 I did try to make some of this lovely looking fudge from The Crumby Mummy but I’m not sure I followed the recipe correctly.  It tasted lovely but was very sticky and I didn’t manage to cut it into squares as it just stuck to everything in sight.  Maybe it had something to do with the four different types of brown sugar I used as I didn’t have enough from just one bag!  Eat your heart out Delia…

Finally, as we weren’t having a real bonfire (too many safety issues!) I thought I’d get creative and bake a bonfire cake.  As you can see, I took my photos when it was dark so they didn’t turn out great but I am quite proud of my little cake creation.  It is a simple chocolate sponge with buttercream filling.  I used buttercream on the top and matchsticks to create my bonfire’s structure.  The jelly babies are speared with cocktail sticks, as are the mini marshmallows they are roasting on the fire.  I used smarties for the ‘stones’ surrounding the sticks and stuck some yellow and orange ones into the fire to give the idea of flames. 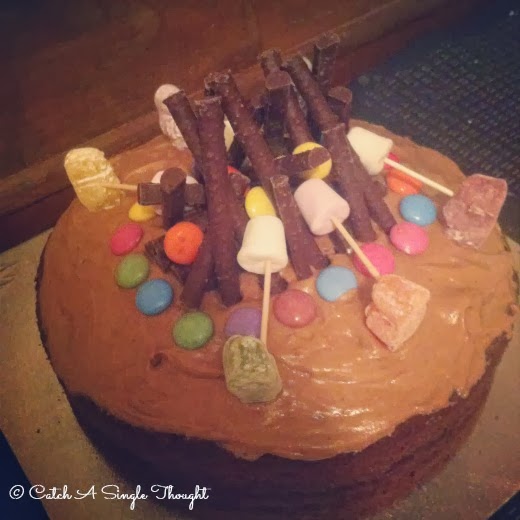 I didn’t get to take too many pictures of the actual fireworks as one caught Eli unawares and he spent half of the party crying to go back inside but here is one which I think demonstrates just how windy it was.  Well done to my Other Half for not setting alight from rogue windswept sparks!! 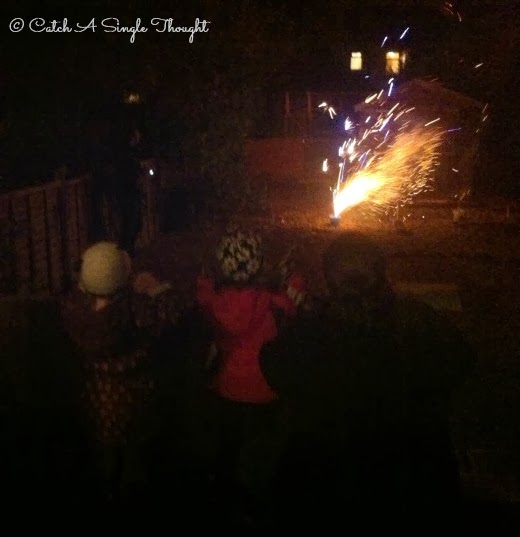 We also did some sparklers which were a big hit.  Eli even stopped crying long enough to have a go although I think everyone else in the garden was terrified as he brandished it about like a sword! 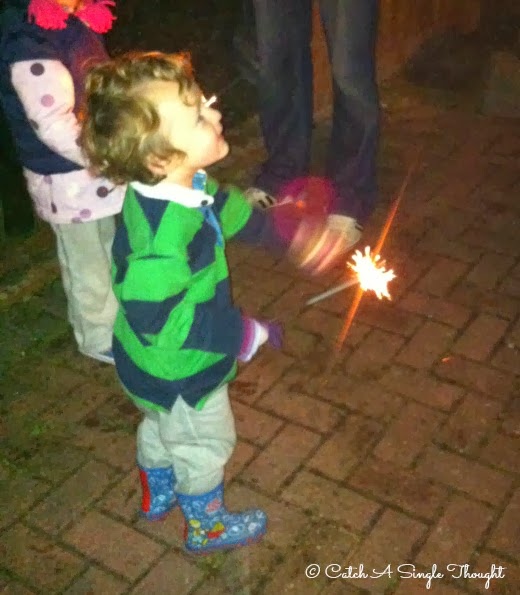 It’s officially Bonfire or Guy Fawkes’ Night tomorrow evening here in the UK, have you got any plans for it?

Whatever you are doing, we hope you have lots of fun!