As regular readers will know, I recently started working from home as a freelance writer and the decision was made that Eli would also stay at home with me.  In the beginning this seemed to work very well and I was almost guilty of thinking it was going to be all plain sailing (haha!) – in actuality it is easier than I expected but does still present it’s challenges.

One of those is finding the time to balance everything: working, playing, eating, cleaning, not losing my marbles etc etc

So when we were sent a selection of Organix’s Winter Warmer Range to try I was thrilled.  Lunch is always a tricky business as I haven’t usually time to prepare more than sandwiches but always feel guilty then that Eli is eating jam sandwiches every day (jam is all he will eat…which is another story in itself!) 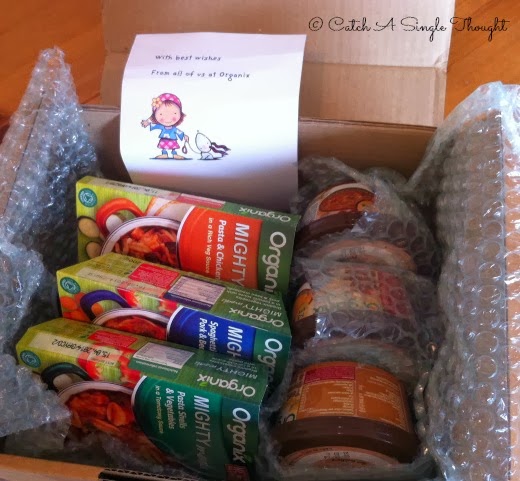 Ready for the cold season, Organix have created a selection of Mighty Meals and Soups ideal for chilly days. Their Mighty Meals include Spaghetti with Pork & Bean Meatballs, Hearty Veg, Bean & Lamb Hotpot, Tasty Veg & Beef Stew with Dumplings and Pasta Shells & Vegetables in a Tomatoey Sauce whilst the soups feature Hearty Root Veg and Beans, Tangy Tomato and Pasta and Tasty Sweetcorn and Noodles – so a really varied choice.

I was surprised when I first came to heat one for Eli at the time it reckoned it would take to warm up, just 40 seconds.  It seemed really quick…too quick and I was worried that it wouldn’t heat properly in that time.  I’m pleased to say that was wrong and I actually needed to factor in time for it to cool down.

For me, the big pluses are knowing that these meals are made with organic ingredients and that they take such a short time to prepare.  They are perfect for anyone who needs a quick meal when time is short and I found it so great on busy days to know Eli was getting something substantial to eat.

But, of course, the most important thing for the little people is whether it tastes good!  Eli ate the entire range we were sent and, as a particular eater (i.e. doesn’t like to try new things), I was worried they wouldn’t make it past his lips.  I tried to involve him in the preparation so that he knew what was coming and bar one day when I had to coerce and bribe him to finish his dinner (which I think is more related to him than the meatballs!) he was willing to try each one and declared them all to be tasty. 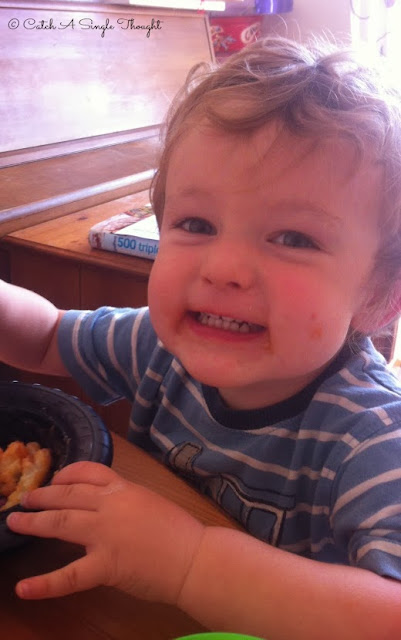 Another positive worth noting for the soups is that they are quite thick in consistency and so they don’t just run off the spoon and all down the front of the child before they’ve even had chance to get it to their mouths…which happens a lot in this house generally!  Eli was less keen on the soups than the meals, but I think that is a preference thing as he doesn’t usually deign to eat soup at all.

Overall, I was very impressed with the Mighty Meals and Soups and think they are perfect for little ones.  They are aimed at children aged 1-3 years and I think this is right.  I doubt there was enough food in the serving for Meg (who is 4 1/2 years), she would need to have something else alongside it whereas it was plenty for Eli.

Disclaimer: We were sent a selection of the Organix Winter Warmers Range to try.  All thoughts and opinions are our own.