Last year I deliberated over whether to join in with the ‘Elf on the Shelf’ phenomenon that exploded all over my social media networks.  I really like the idea of a little visitor from Santa coming to stay throughout December to check that the kids are being well behaved.  The only thing that really put me off was that I don’t think either Meg or Eli would respond to that kind of bribery, they’d just be naughty and still expect the presents to turn up!

However, when I saw that Anna from The Imagination Tree had come up with the ‘Kindness Elves’ as an alternative to Elf on the Shelf I was intrigued.  Instead of just having an elf visitor who watches the behaviour, these elves are all about random acts of kindness and I particularly like the idea of leaving notes for the children pointing out when they have noticed lovely things the children have done.

After deciding I wanted to take part, the only struggle I had was finding suitable elves!  Apparently if you don’t want to pay £20+ it’s very difficult to obtain an elf at this time of year.

Thankfully the lovely Claire came to my rescue and sent me three little friends for the kids to meet.

And because I can’t do anything by halves, I have written a little letter to accompany them on December 1st and I have also chosen three names for the elves.  I thought long and hard about this as I really wanted them to sound genuine and to mean something, this is something that I would like to keep going for as long as possible over the years.

So, introducing, with their Nordic names and the translations: 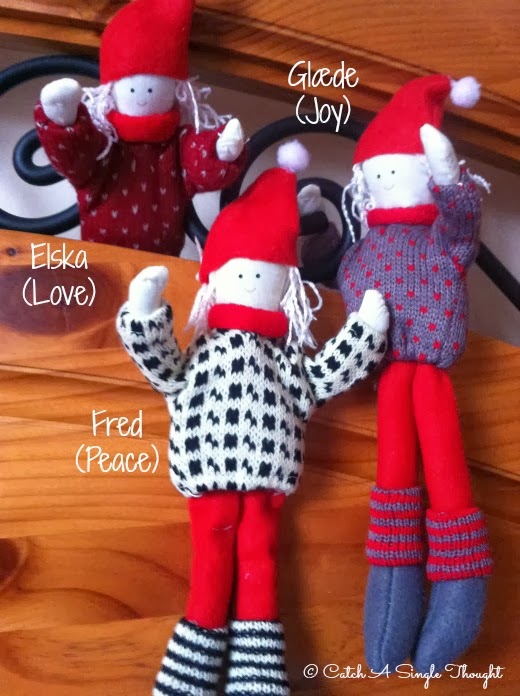 I can’t wait to share what they get up to over the days in December and if anyone has any ideas, send them my way!