Yesterday saw Meg take part in her very first nativity, as Innkeeper number three.  I had been slightly worried prior to seeing the nativity as the last assembly we attended she refused to sing or join in with the actions for the songs declaring that they were ‘silly’.

As the innkeeper who did, in fact, have enough room, she had two key lines to deliver and I just wasn’t convinced that she would say them when the time came.

Turning up 40 minutes before the start time was enough to score us front row seats for the show.  Last time I made the mistake of only being 15 minutes early and had to sit right at the back.  I wasn’t making the same mistake twice!! 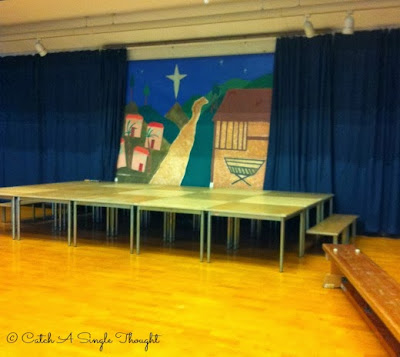 It was lovely seeing all the EYFS children dressed up and enjoying themselves.  There were the typical hilarious moments with children waving at their parents, and one little boy who spent the whole time mesmerised by the sparkly King’s hat on the head of the child sitting next to him.  Not to mention the little boy who whispered his lines first before bellowing them out to everyone else!

I was amazed when one of the teachers said they had learned the whole play in just three weeks.  I’m sure there were around six or seven songs, with accompanying actions as well as the individual lines of each child.  I was very impressed!!

I was also incredibly proud of Meg who said her lines, albeit a little bit quietly but still, she said them!!  I was weirdly nervous for her, it can’t be easy getting up on stage and looking out into a sea of grown up faces.  Even if most of them had big grins plastered across them.

It was her first time standing up on the stage too, and she isn’t generally a fan of trying out new experiences.


Well done Meg, and well done to each of the other children as well.  It was a really fantastic nativity and I am one chuffed mama 🙂 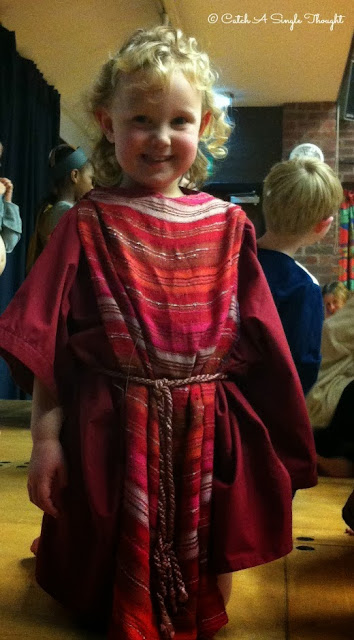