So 14 years later, on said morning, Winnie was lulled into a fall sense of security about how his day was going to pan out being first treated to some delicious breakfast alongside some of his pals. 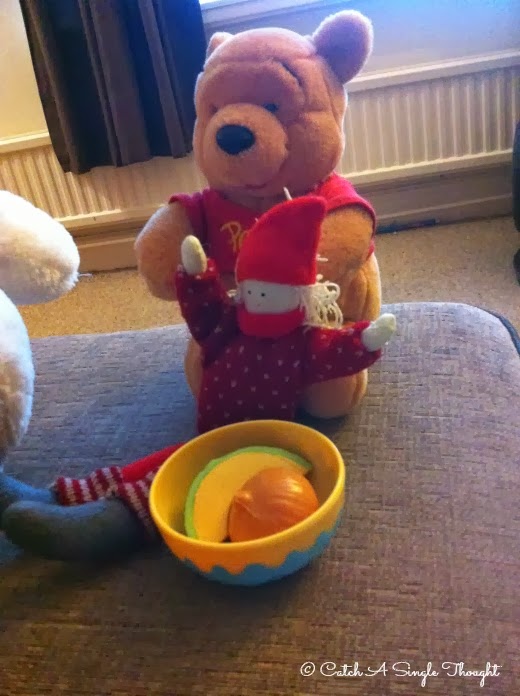 Following some top notch serving from the boy, he unfortunately had to be rescued from the clutches of the dog who had decided he would quite like some breakfast in the form of a yellow bear and relieved at the saving of his precious bear, the boy declared it was time we all went on an adventure.

First stop was the trains.  Unfortunately there weren’t any in the station so one boy and his bear left feeling somewhat deflated.

Things picked up again when the playground was reached.  Winnie had fun initially trying out the swing but things soon turned sour when the boy decreed that the bear would much prefer to hang by his t-shirt, his head coming perilously close to the floor as the swing swung. 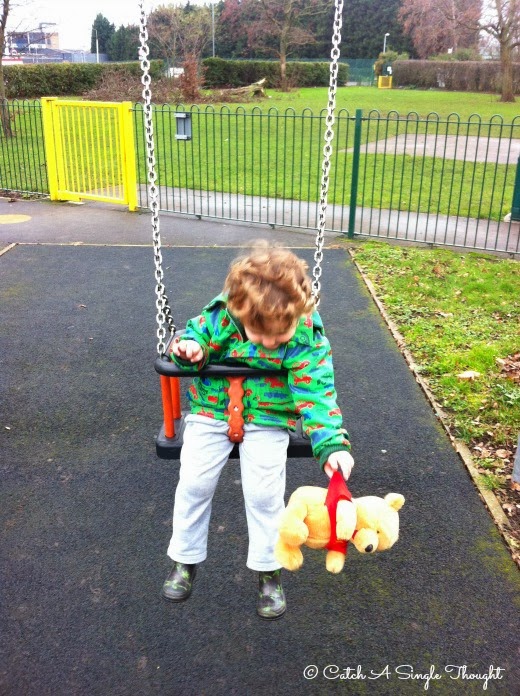 Next up was the spinning chair of torture, otherwise known as one of the boy’s favourite past times.  Even the boy felt that it was time to stop as poor Winnie was probably getting much too dizzy. 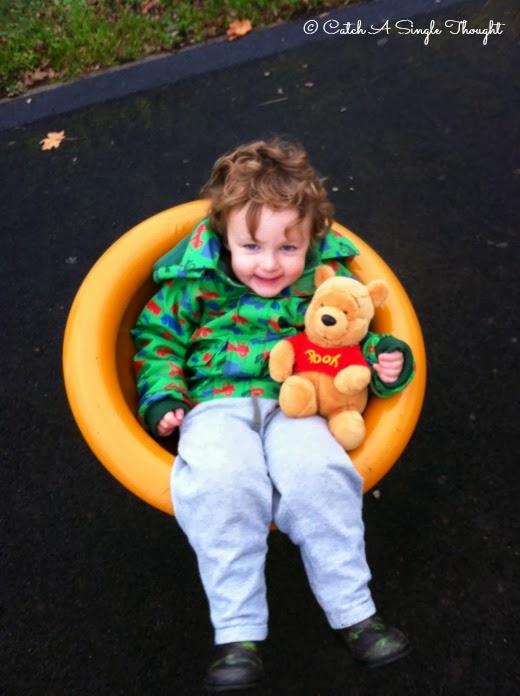 Finally, the slide was attempted with both the boy and the bear needing a helping hand as previous rain had meant it was quite a bit less, slidey than usual. 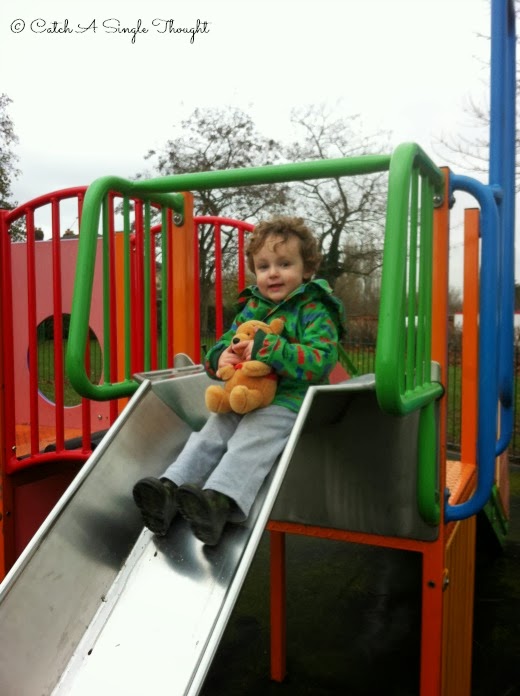 Both bear and boy were feeling somewhat tired after their traverse around the playground but it was decided that we couldn’t leave just yet.  Not until we had played the boy’s current favourite….superheroes.  This involved poor Winnie being abandoned on various bits of playground equipment whilst the boy ran around shouting and asking if anyone needed rescuing.  Once it was determined that the bear was in trouble, the boy then rescued him…because he is a super amazing super brave superhero.  Natch.

After four rounds of this, the rain started to fall and it was decided that bear and boy would both benefit from returning home to cuddle up on the sofa and enjoy some delicious hot chocolate.

Overall, today was a good day for one boy and his bear 🙂 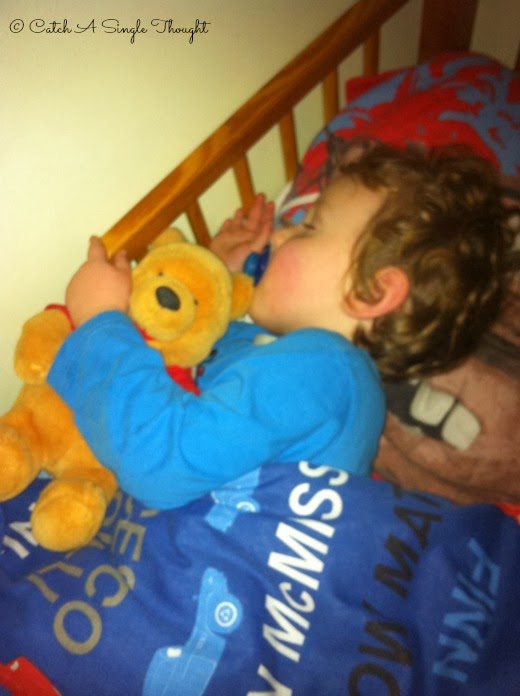