This Christmas was always going to be an interesting one; discovering that we had to move house at the beginning of December, and arranging the move for the first week in January, meant that our focus was less on present buying and more on packing boxes.  However, we decided that we’d like to make the time as family-orientated as possible so planned a few nice things for the kids to do in the run up to Christmas Day.

Of course, things rarely go to plan in this household and between discovering that there were no stabilisers on earth to fit Eli’s bike, having a flat tyre and Eli removing all the keys from my laptop on Christmas Eve…my stress levels were through the roof by the time we finally entered into the Christmas spirit!

That said, it did all come together in the end.

We spent Christmas Eve at Twinlakes Theme Park experiencing the Winter Wonderland they had set up and visiting Santa in his grotto.  Unfortunately (because that was the way my luck was going that day) I managed to delete all but a handful of the 100+ photos I took, so you will have to take my word that it was well worth a visit.  It was by far one of the best Grotto’s I have ever been to.  From the thought that had gone into the smallest details, right through to the fact that the staff dressed as Elves were genuinely friendly and went out of their way to engage with the kids, we really enjoyed ourselves. 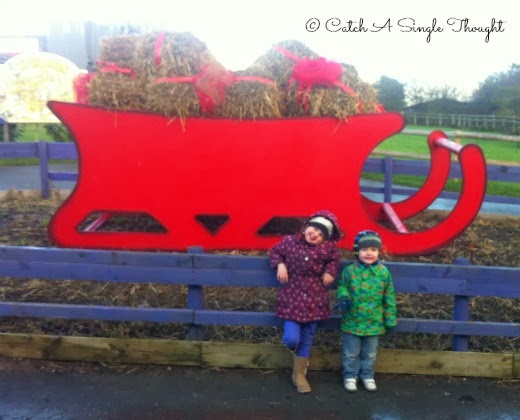 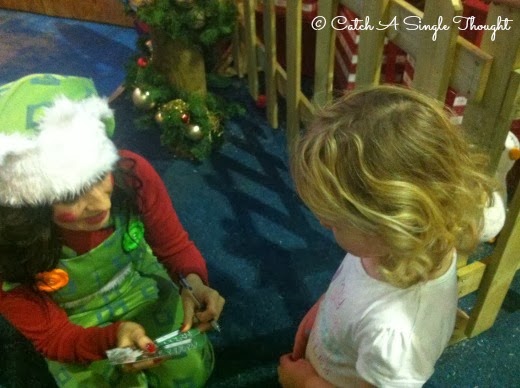 Meg was also in her element with it being a theme park.  It was a shame that the weather was so bitterly cold otherwise we would have spent more time having a look round the park itself.  As it was, we spent most of our time in the grotto area trying to keep warm.  She did get to have her very first attempt at Ice Skating however.  It was an interesting experience and I’m quite amazed that I didn’t take a tumble trying to keep her upright! 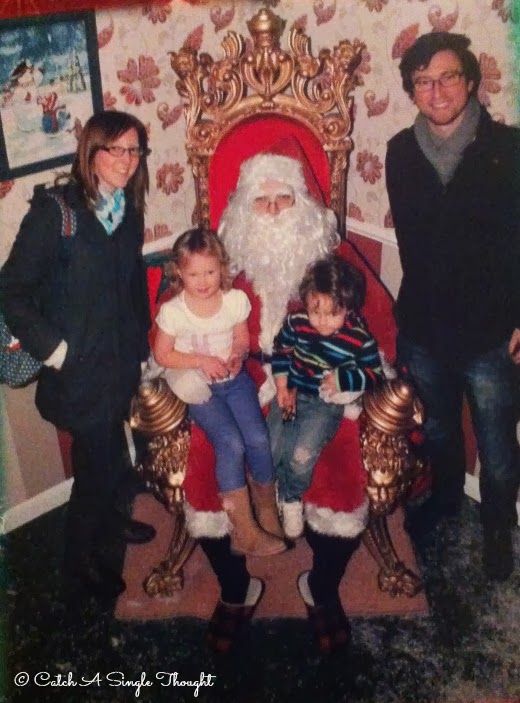 Whilst we were out, the Kindness Elves had returned to Santa in the North Pole but had thoughtfully left us a Christmas Eve box full of some goodies.  These included new pyjamas for us all, three books, reindeer food, a magic key to leave out for Santa because we don’t have a chimney and ‘Arthur Christmas’ for us to watch that night.  It was lovely to put on our new snuggly PJ’s and cuddle up watching the film.  It was, in fact, one of the only films Meg has ever sat through without protest! 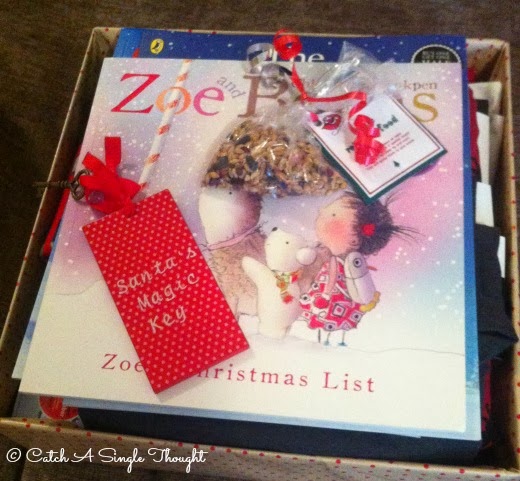 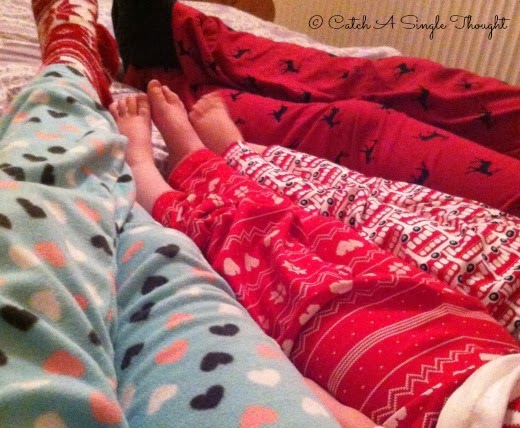 After the film had finished we went outside and sprinkled our reindeer food and left out some treats for Santa and Rudolph before putting the kids to bed.  Amazingly, they were both asleep by 7.30pm – definitely something I hadn’t expected! 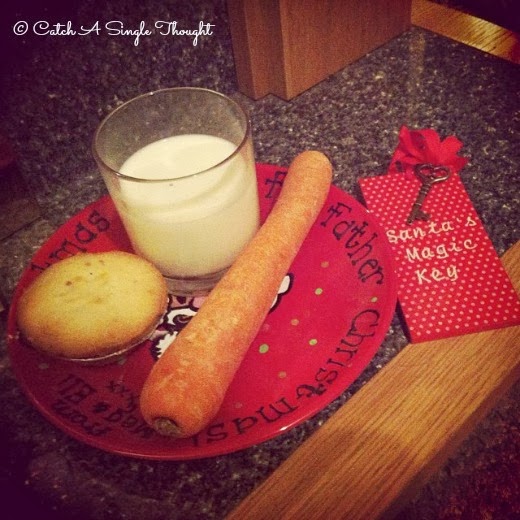 On Christmas Day itself we had a very quiet affair.  We opened stockings first thing and then got dressed and had a mini cooked breakfast before opening the presents under the tree.  I was quite thankful that we didn’t have the mass of large unsightly plastic toys we have had in previous years, I just don’t know where we would store them and the thought of packing them up would have defeated me! 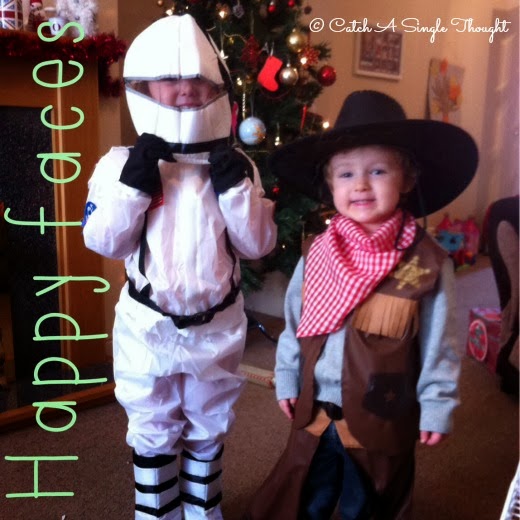 Alfie wasn’t missed out either, with Santa brining him a delicious hide cracker full of treats. 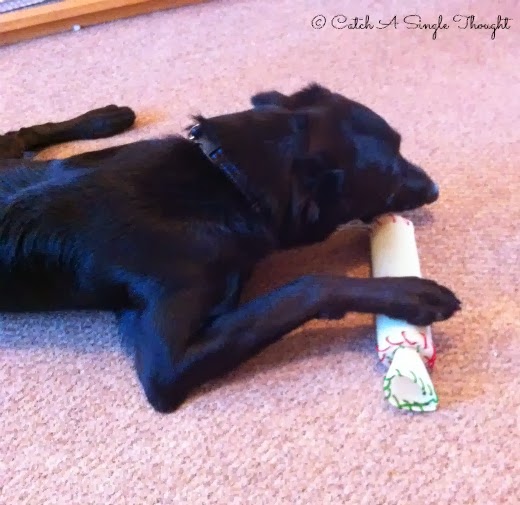 My Other Half made a delicious Christmas dinner, and after that we played board games.  We had tried as much as possible to make the focus on spending time together as a family and even Meg commented that it was really fun to just play together without any other distraction.  I really appreciated that now Meg and Eli are older we can do things like this.  It makes me look forward to the years to come. 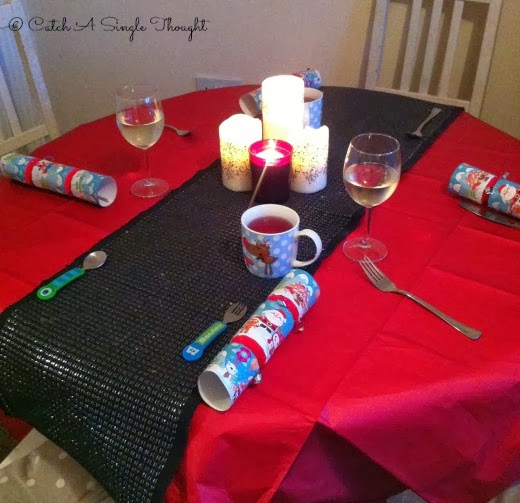 Later on in the week we drove up to see my Other Half’s family in Liverpool and to go to the Empire to see Peter Pan, which again, I was surprised Meg sat through without too much drama.  It might have something to do with the rather fetching flashing tiara her Nana bought! 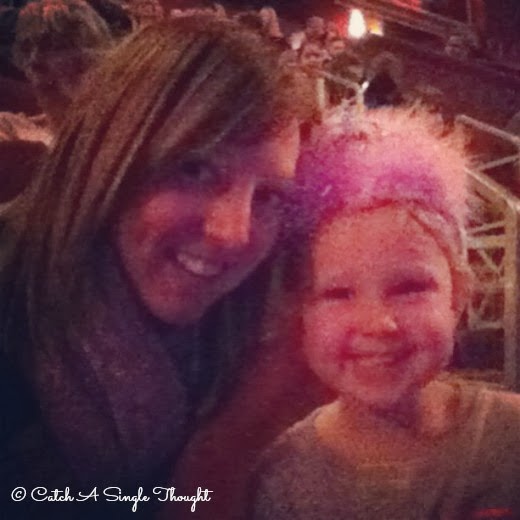 I am a big fan of Christmas (as if you didn’t know) and I love that we get to start little traditions and just concentrate on having a nice time together.  We definitely achieved that this year despite the handful of hiccups.

I hope you all had a lovely Christmas too x 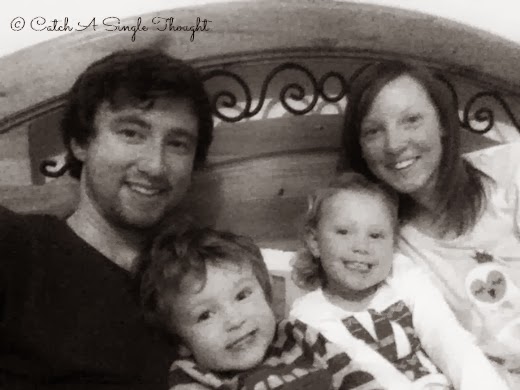