I’m not sure I’m a fan of ‘looking back’ posts, my mind usually chooses such moments to go entirely blank and I end up wondering whether we did anything of interest at all!

However, I guess that is where the wonder of Facebook and other social media channels comes into play as a quick glance over some of the photos I have shared this past year reassures me that, yes, actually we didn’t just spend the entire year chasing our tails inside a cardboard box.

Still, it’s hard to quantify exactly how this year has turned out.  At the end of 2012 I said that we had experienced the toughest year yet in our marriage and whilst I think that is true, this year hasn’t been a bed of roses either.  I can probably list more negative things off the top of my head than I can positive.

All that said, the point of this post is not to come over all morose and moan about how 2013 wasn’t the year I won the lottery.  There were still plenty of memorable things.  My favourite thing though, and something I will probably remark upon every year is how much Meg and Eli have changed.  Eli in particular has really started to let his character shine through and I don’t think a day has gone by when we haven’t been laughing into the evening about the antics of the day.

He has changed physically as well; gone is the little baby who started the year and in his place has emerged a proper little boy.  I can’t put my finger on when exactly he lost his babyish-ness but looking at the photos I can definitely see a huge difference between  January and December.  On the one hand it makes me sad that he isn’t my baby any more but I do love how he has grown and changed this year.

I have loved having my time with him whilst Meg is at school and going on all our little adventures together.  He has such a different personality to Meg that it has been something of a learning curve for me to just throw on my coat and head out of the front door without having to pack for every eventuality, although he did manage to fall off the kerb face first into a very deep puddle last week which was a very Meg-esque thing to do. 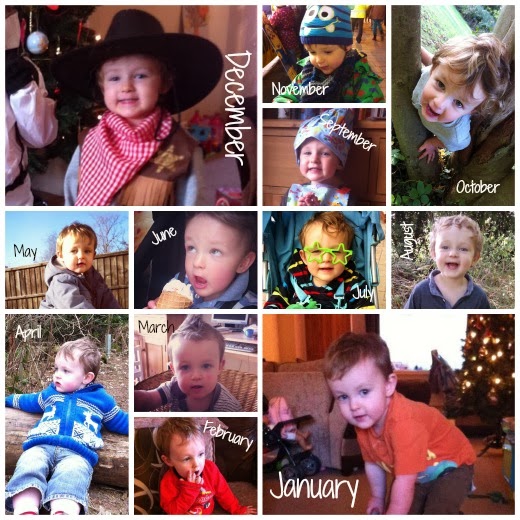 Whilst Meg hasn’t grown up much in appearance (still rocking those 3-4 year clothes bless her), starting school was obviously a huge milestone and I am amazed daily at how much she has learned in such a short period of time.  Seeing her play the Innkeeper in the school’s nativity was definitely a huge highlight for me, as was watching her perform in her first Gymnastics Gala.

She is still my little turbulent whirlwind, one minute laughing away, the next acting like the apocalypse has arrived but I’m not sure I’d have her any other way.  Maybe a little less chatty…sometimes, you just don’t want to listen to your child talk non-stop for a two hour car journey! 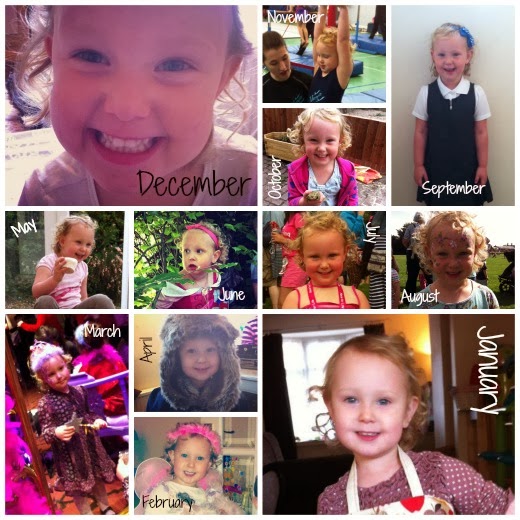 Looking forward now to 2014, I hope that this is a year full of adventures for our little family.  We have achieved a lot over the last year and had lots of fun times and I hope we can see that increase as Meg and Eli change again this coming year…hopefully less tantrums are on the way too (maybe…!!)