Starting at a New School

On Wednesday we went to view a potential school for Meg; there are only two in the village we have relocated to and one of them is incredibly tiny, so we were holding out a lot of hope that this school would be okay.  We were very impressed as it was a lot like her old school, which we hoped would make the transition easier.  We were even more impressed when they said she could start straight away.  It was a bit sudden even for me!

We agreed that she would do two half days before starting full time next week.  I was expecting to have her home for up to a month before being processed but that’s clearly not the case.

So on Thursday morning, we set off on what will become the new walk to school.  Down some country lanes, hoping that Google Maps wasn’t going to let me down and that we could take the necessary shortcuts to get there. 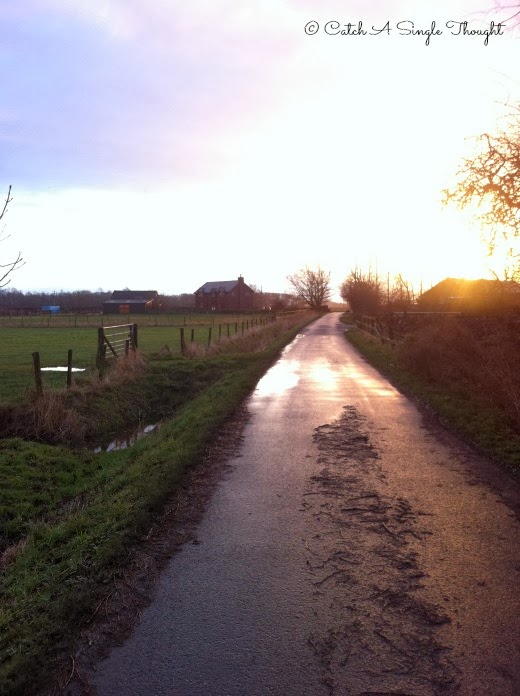 I had been told I could stay with her, but I know how different children can be when their parents are around so I was keen to make my exit as soon as possible.  Unfortunately, it didn’t happen quite as soon as I would have liked; whilst Meg didn’t freak out or cry, which I had expected, the children crowding around gawping at her and announcing, ‘this is the new girl’ did make her face blanch and I realised I wouldn’t be able to just walk away and leave her there to fend for herself.

That said, the children were very nice, as they usually are at this age, with lots of them coming up and asking whether she would like to play with them.  I sat her down to do some drawing which is one of her favourite activities and she started to relax a little bit.

The teacher asked me how she had got on in her old school, whether she was naturally this quiet.  It’s difficult to explain to someone how confident she normally is, when what they are seeing is a much diluted version of her personality.  I have no doubt that soon they will see the real Meg but I think it might be something of a surprise when she finally arrives!

However, I am incredibly proud of Meg.  It was a tough decision moving away and particularly taking Meg away from the friends she had made.  She is definitely something of a social butterfly, with friends in every year group in her previous school.  We couldn’t walk across the playground in a morning without children shouting out to her and waving hello.  She also had ‘boyfriends’ in each year but that is something we haven’t discussed with her yet!

Whilst she had announced first thing in the morning that she wasn’t interested in making any new friends, I am sure that she will soon attract some once she settles in.  She may even show them the Meg dance, which became slightly notorious in her last school (it involves a lot of bottom wiggling and funny faces!) – as you might guess, in her previous school she was most definitely the class clown and I hope it will be the same here as it’s always nice to know that your child is keeping the other children and staff entertained.

The best part of all though, was that she came out saying that although she had been lonely at lunchtime with no-one to play with *cue my heart breaking a little bit* she had a really nice time, got a star for being able to sound out the letters that none of the other children could and she’d really like to go back the following day and stay for the whole time.  I don’t think we could have asked for a better result!

Of course, she also looked mighty cute in her new uniform, which is a bonus for Mummy and Daddy 🙂 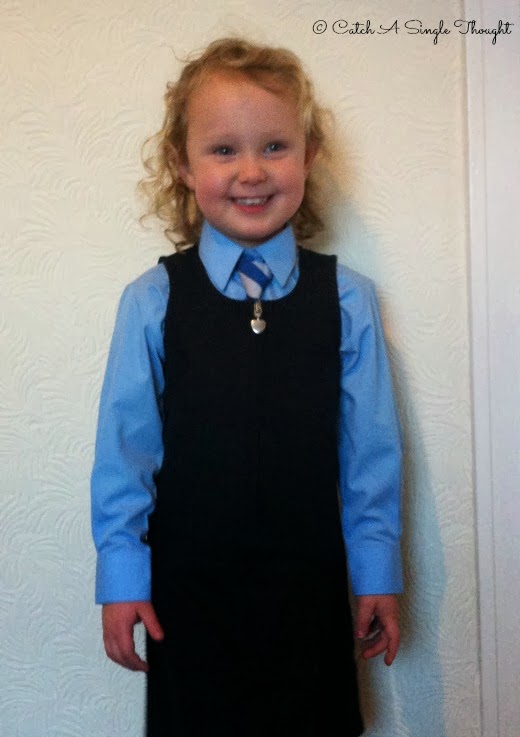