It’s amazing as a parent when you realise with sudden certainty, that your child is growing up.  Yesterday, quite out of the blue and with no prompting from me, Eli asked for ham and cheese sandwiches.  That probably doesn’t seem like a big deal to most people but considering that he has insisted on jam sandwiches every day for well over a year, this was a major breakthrough.  It consolidated something I have been suspecting for quite a while now.  That my baby boy isn’t so much of a baby any more. 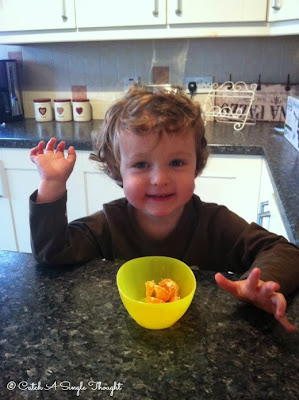 I’ve been observing him from the sidelines a little bit since we moved house, and have really begun to see the way he has changed in a short space of time.  His speech has become that much clearer, with the addition of lots of new words into his vocabulary (unfortunately two of those being smelly pants!) and he knows a lot more about what he wants and doesn’t want and is able to communicate that well.  His sleeping has improved somewhat and now, apparently, so has his appetite and willingness to try new things.

A lot of the focus when we moved house was on Meg; how would she feel, how would she react, how could we explain it to her in a way that she would grasp and understand, and not a lot of thought was given to Eli.  Both myself and my Other Half assumed he would be laid back about it, like he is about most things.

For the most part we were right, but in the past week and a bit, I have noticed such a change in Eli that I suspect we should probably have given it more consideration than we initially did!

He isn’t a baby any more.  Not in the slightest actually.  He’s my little boy and he is definitely growing up.

I think it is an unfortunate thing about second children, and third and fourth and so on that they don’t get the in-depth attention that the first child received.  You just don’t have the time for it when you have two children to look after, but I have been so blessed with being able to work from home since Meg started school in September and I have really come to love and appreciate my one on one time with Eli.  It has allowed us to develop a relationship that I don’t think we would have otherwise.

The cutest thing is that he refers to me as his best friend and I hope to be that for a good while longer.  I think every little boy’s mummy should be his best friend for a time, to teach him the things he needs to know before he grows too big to want to listen any more.  I suspect that my relationship with Meg will continue much the same as it always has but that the way Eli and I interact will alter dramatically as he gets older so for now, I am loving my special time with him.  He’s really such a precious character!  So very different from his sister and yet just as cheeky in his own way.

Don’t get me wrong, he is fully capable of misbehaving and we often discuss whether we think he any understanding that what he is doing is naughty but it’s so hard to tell him off as everything he does is framed with a little glint in his eye and a little smile that melts your heart.  Seriously, I think this boy is going to be something of a heart-breaker when he gets older!!

But, for now, he is just Mummy’s little best friend 🙂 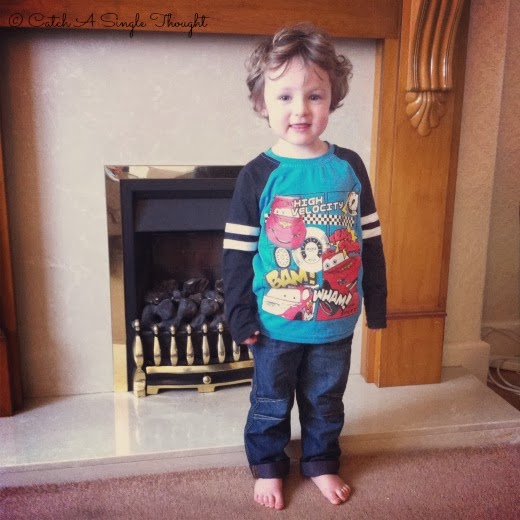