This week’s theme for The Gallery is ‘Rewind’ and I don’t think I could have chosen any other photographs to show you than my favourite of Meg and Eli.  Starting this blog when they were out of the baby phase means that most of my readers probably won’t have seen them as little tiny babies, certainly not Meg anyway!
These are two of my all time favourite pictures.  It took me hours to whittle it down to one each for them, there are really so many that I love.
This one of Meg is in 2011, would you believe the little bald beauty was two and a half years old.  Her face looks a lot older to me, but it’s the lack of hair that gives it away as she didn’t really have any curls to speak of until well after her third birthday.  It was a friend’s wedding and she had ‘borrowed’ one of the bridesmaid bouquets.  We were walking up the reception so this is just a quickly grabbed photograph (hence the legs in the background!) 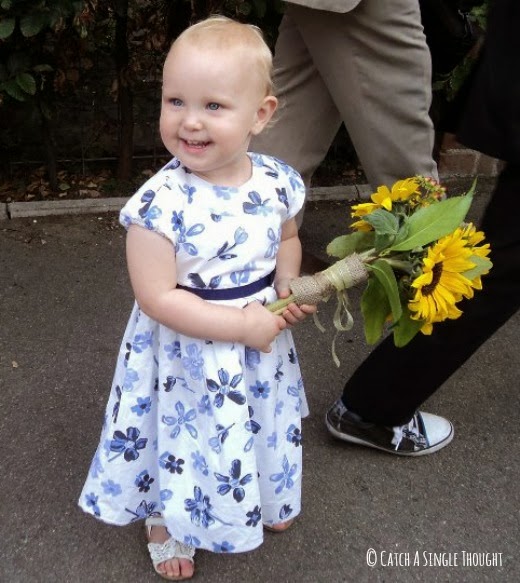 Eli’s photos were a lot harder to choose from as his are mostly just baby pictures but I think this is one of my favourites of him pre-two years old.  It was taken on his first birthday and I think it’s his eyes that I love the most.  So inquisitive as though he’s really interested on how the camera is working.  Again, it isn’t the clearest photo as I just snapped it whilst he crawled towards me but I think the memory of it is one of the reasons I like it so much.
It’s also one of the few pictures we have where you can really see his sectoral heterochromia if you look closely enough (ooh yes!!) and I like that.  People often comment on his eyes but we never really get to see it as he’s always on the move. 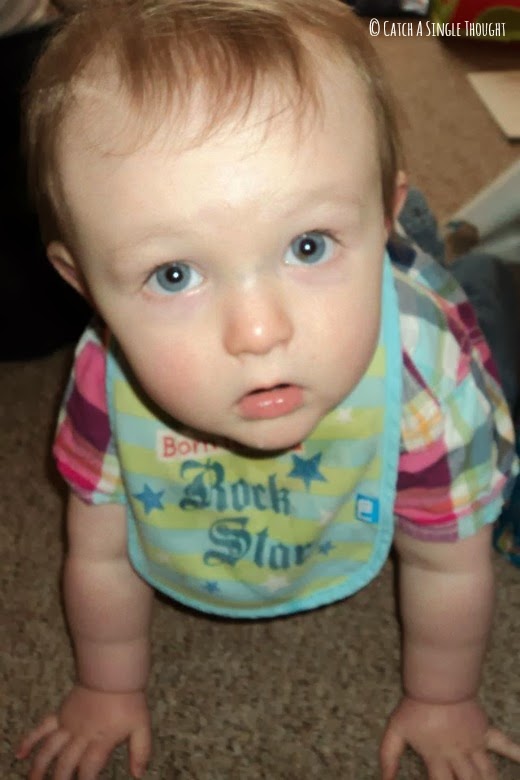