I had been meaning to find out where our nearest Stick Man Trail was for quite a while but with the move and just not having any time, the idea had fallen by the wayside.  When I happened to see a link advertising it at Delamere Forest, and realised it was the last weekend it would be there, we just had to go!

We prepared for our Stick Man adventures by reading the story in the morning whilst we ambitiously hoped that the rain would blow over. 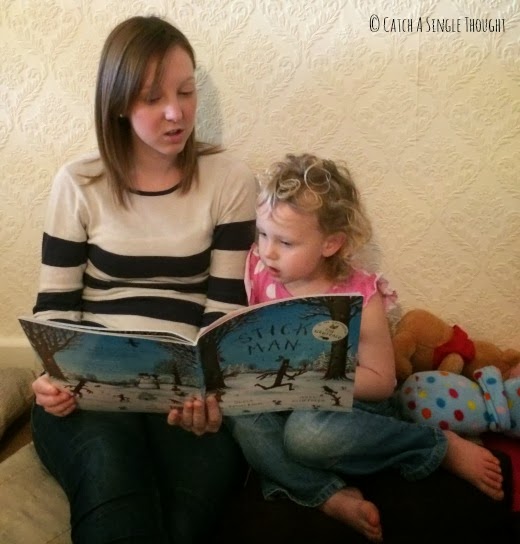 Unfortunately it didn’t but we decided to set off anyway.  As we drove the hour’s journey down to Delamere, through torrential rain, my Other Half was becoming less enthused by the second.  He must have mentioned a number of times about cutting our losses and turning round and going home.  I was determined that we would at least give it a go though!

Meg and Eli, as you might expect, were thrilled when we arrived and they spotted their first Stick Man sign.  We picked up the activity sheet from the Cafe and then we set off on the trail. 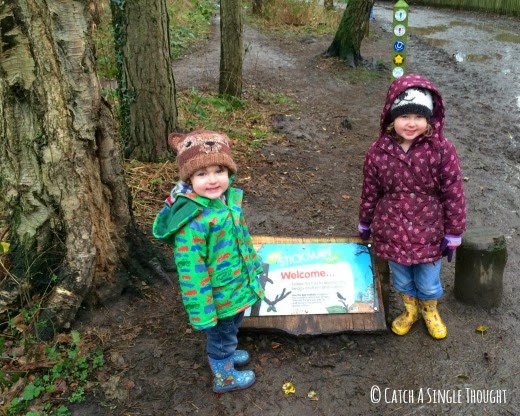 I really liked how there were different activities placed around the trail, which were designed to encourage little people to learn about the forest.  There were also poems randomly scattered on the trail which were interesting to read.

We enjoyed exploring off the trail a little bit too, finding some shelters which had been built and investigating those.  The kids were fascinated by the fact that the rain wasn’t coming through even though the shelters were just made of sticks.  If we’d had a bit more time, we might have had a go at building our own, maybe next time. 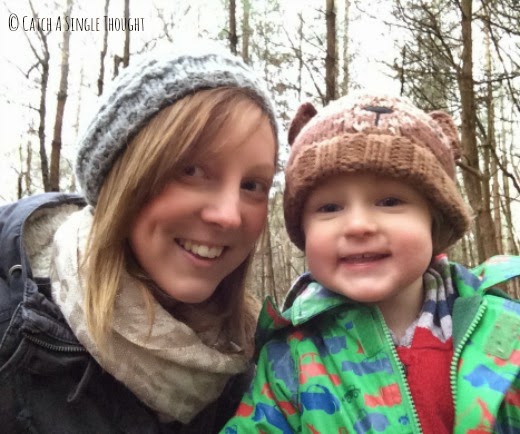 Meg and Eli just love running and exploring and the forest was the perfect place to do that.  Although it was a little bit soggy and muddy and cold they didn’t really notice and I imagine kept warm by racing along the path to find the next sign. 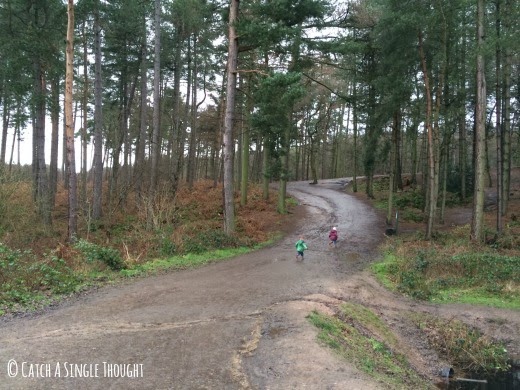 The favourite activity seemed to be building a stick tower, although we should probably have known better than to ask Daddy to get involved.  Engineers should not be allowed to partake in things which are meant to be fun!  It all got very technical and tensions began to run high; especially when Daddy’s tower fell down…he was not pleased! 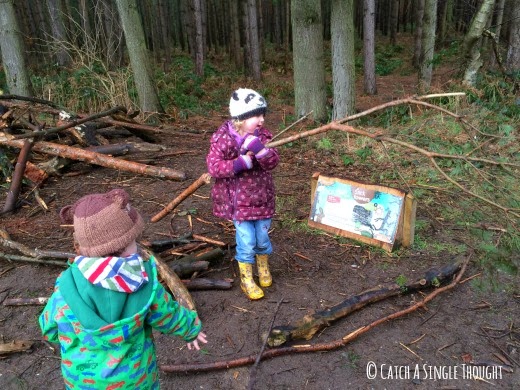 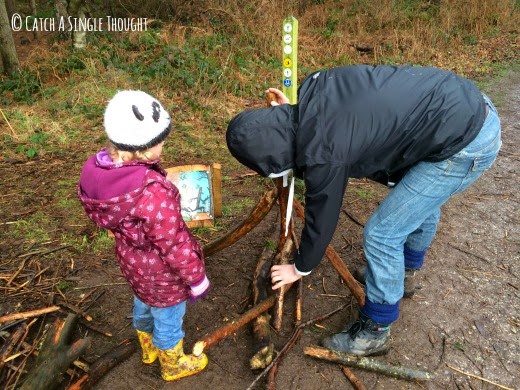 Unfortunately, Eli has decided to make it his mission wherever we go to wade through every puddle that we come across and the result was about halfway round he decided he was too wet and too cold to walk so my Other Half had to carry him for the rest of the trail.  I think it was all going well until my Other Half slipped and landed in a big puddle of mud!  It was very amusing but I’m very glad it wasn’t me that fell! 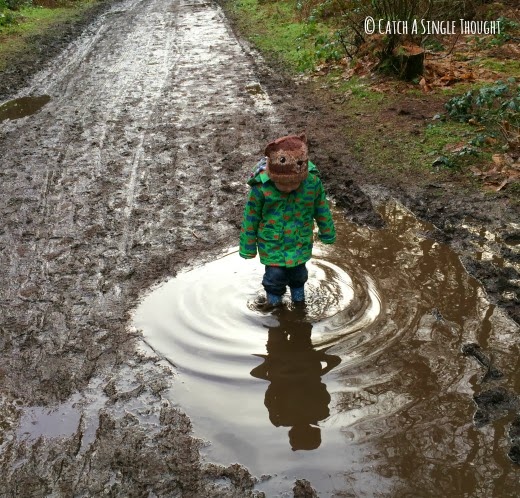 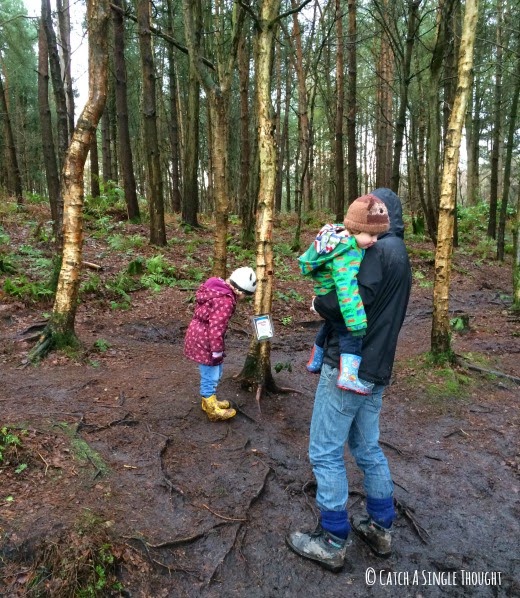 I think by the end of it, we were all a little bit cold and wet but it was definitely worth it.  Meg had such a big grin on her face when she realised we’d done the whole trail and although Eli was a little bit miserable, mostly because his feet were like little blocks of ice, it was a really great afternoon out. 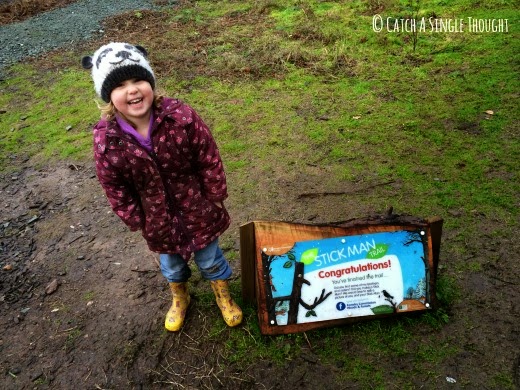 And, of course, as is the requirement when you’ve spent the afternoon getting muddy and wet; we all enjoyed some nice hot chocolate in our PJ’s when we got back home, which definitely made it worth it! 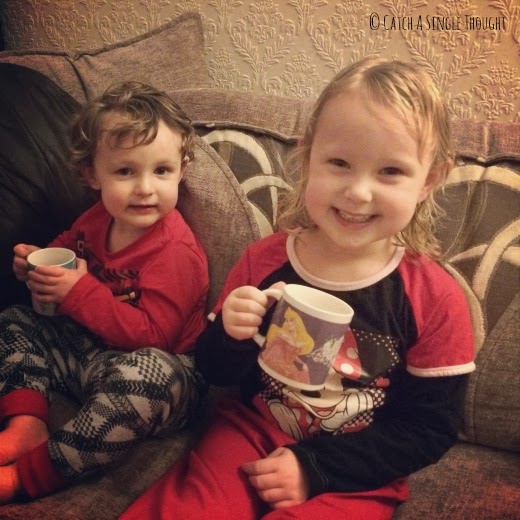 The Stick Man trails are being put on by the Forestry Commission and there are several up and down the country still running.  You can find out more here.
I am linking this post up with Coombe Mill’s #CountryKids.