Book Love: The Boy From Aleppo Who Painted The War by Sumia Sukkar 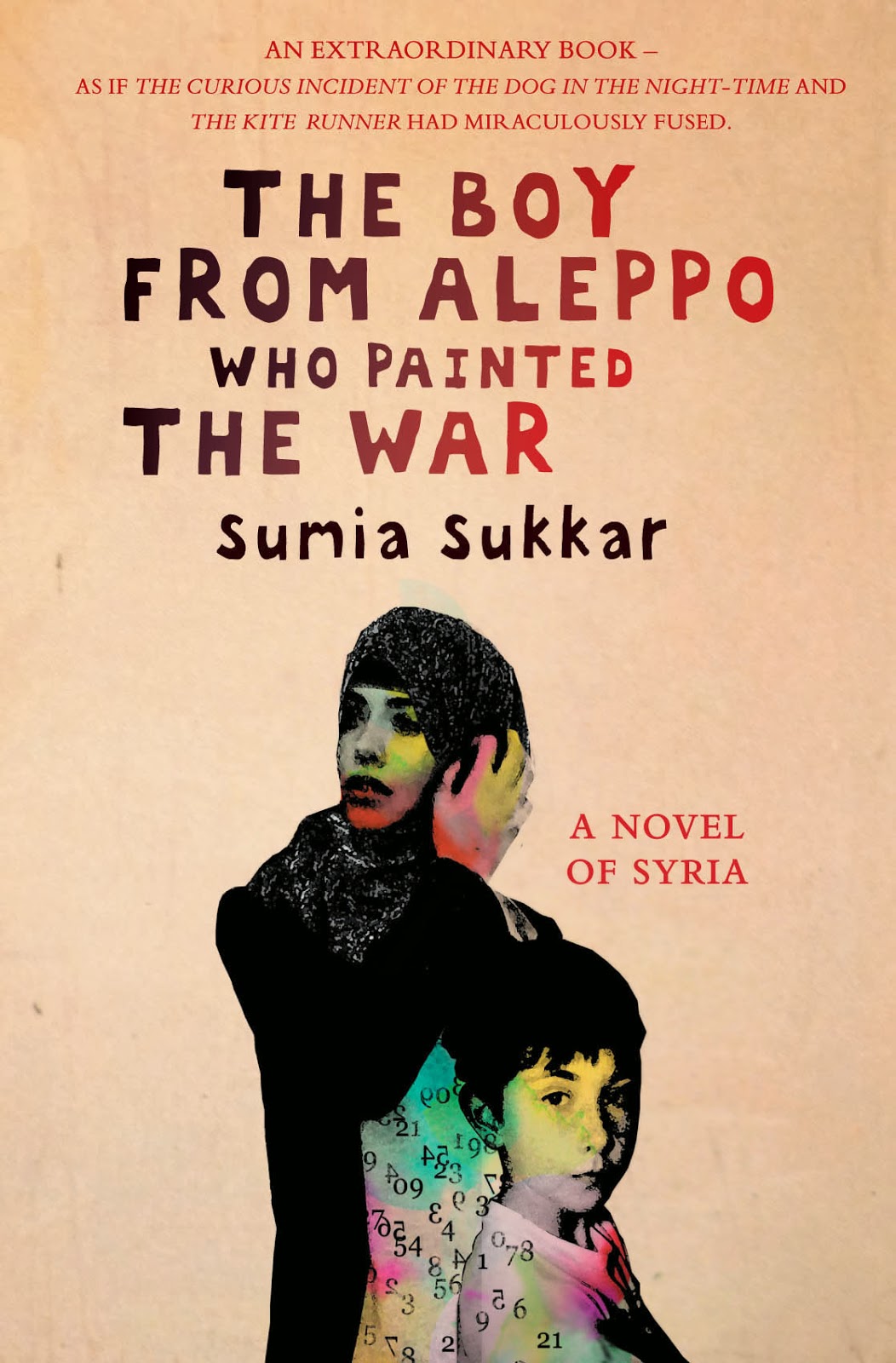 I was sent this book for review and although I chose it from the press release, I wasn’t sure what to expect when I started reading it.  To be honest, I’m still reeling from the emotional rollercoaster it takes you on and trying to put into words all that happens is a bit tough!
The book is predominantly written from the perspective of Adam, a 14 year old boy with Aspergers Syndrome and it is set during the Syrian conflict.  Adam sees the world in colours, so he talks a lot about people as colours depending on the way they are feeling; people are black or grey when they are angry, blue when they are sad and so on.  This is partly linked with his love of painting.  Adam uses his painting as a way to express himself and the things he doesn’t understand.
Writing from the perspective of Adam gave this book an amazing depth.  You are reading about the war through the eyes of a child and it helps to highlight what a ridiculous situation people were faced with, because of things completely out of their realm of control.  Initially I found it difficult to follow the style of writing as it was so different from what I was used to, quite simplistic and abrupt, but once I’d read a few chapters I found it easier to grasp.  I think the style of writing is what makes the story so heart-breaking; huge life changing events are relayed in such a matter of fact way, especially when detailing the acts of violence being committed.
There are also occasional chapters written by Adam’s older sister Yasmine.  Yasmine is responsible for Adam’s care following the death of their mother.  This is a task she does well until she is kidnapped by some soldiers whilst out with Adam and, naturally, then has her own traumas to deal with.  Personally, I found the experiences of Yasmine incredibly hard-hitting and was brought to tears a number of times, simply shocked that these atrocities could happen.  I found myself torn between remembering that this was a fictional book but knowing that these things exist in cases of war.
Beyond simply the descriptions of the escalating violence in Syria, the book also manages to throw in some humour which caught me off guard.  I would find myself laughing out loud before remembering that really, it wasn’t very funny at all.  I think it’s a clever writer who can draw that scale of emotion in one book.  One minute you are crying over some horrendous abuse being handed out and, in the next second, you are laughing at something inappropriate yet amusing.
In short, I think this is a stunning book, which bravely covers a horrific topic but does so in a way which reminds us that through every traumatic time, you can still find love, affection and humour.
I would absolutely recommend this book.  One of the reviews said it was, ‘as if the Curious Incident of the Night-Dog and The Kite Runner had miraculously fused.’  I haven’t read either of these books but I know a number of you have.  Definitely give it a go if you liked either of those books and don’t mind a story which will be tough to digest, but thoroughly worth it in the end.

Afternoon in The Park