Recently I was very lucky to be invited to be a VIP guest for the X-Factor Live Tour at the Liverpool Echo Arena courtesy of TalkTalk.  They very kindly offered me four tickets so I invited my mother in law and my two sisters in law to come along as well. 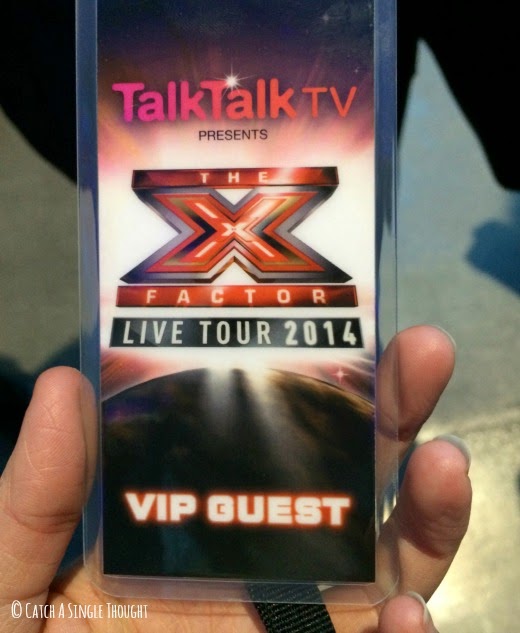 We huddled outside the arena with some of the other VIP guests in the freezing cold before being led down to meet all of the X-Factor finalists who would be performing in the show that evening.  I was quite nervous beforehand, wondering whether it would be awkward to meet them but it was all very relaxed (I guess they’ve had a while to get used to being nice to total strangers) and they were quite happy to sign autographs and pose for photos.  Luke Friend was even kind enough to give Sam Bailey a HP-style lightning scar on my picture as he was signing it (I’m totally the wrong person to have been on the receiving end of this as it ruined the symmetry of the whole thing!) 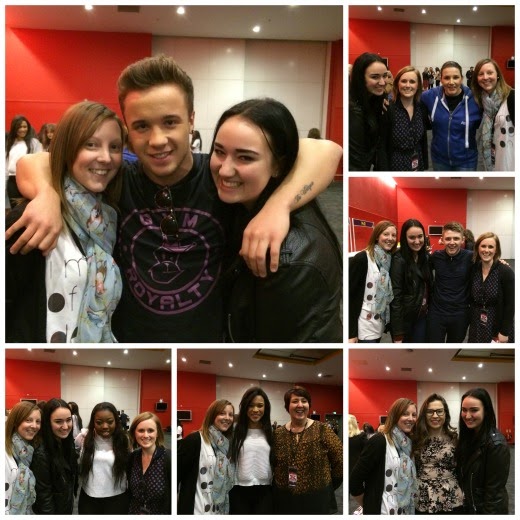 I was especially pleased to meet my favourites from the show Rough Copy, so much so I had to have my photo taken with them by myself.  I can confirm that they are just as much fun as they appeared on the show and if I look awkward it’s because we are all laughing at my mother in law trying to teach them to say ‘chicken’ in a scouse accent. 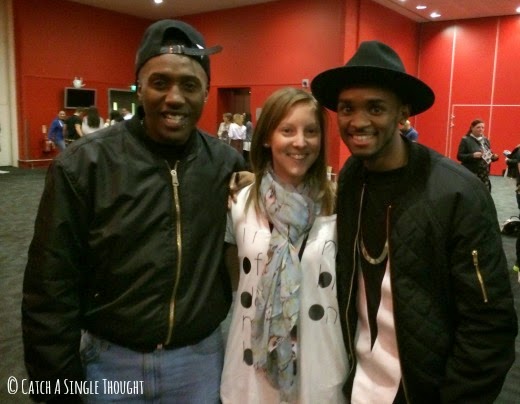 After the meet and greet we hurried off to find something to eat before finding our seats for the main show which were, amazing.  Even the security guard who ripped our tickets commented on how close to the stage we would be.

The show was really enjoyable with the finalists performing some of their favourite songs from the live shows.  There was a fantastic atmosphere in the arena and I got goosebumps quite a few times. 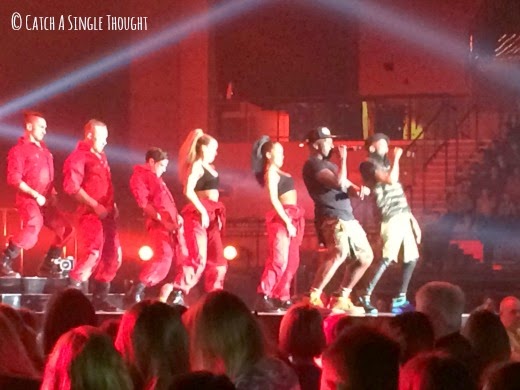 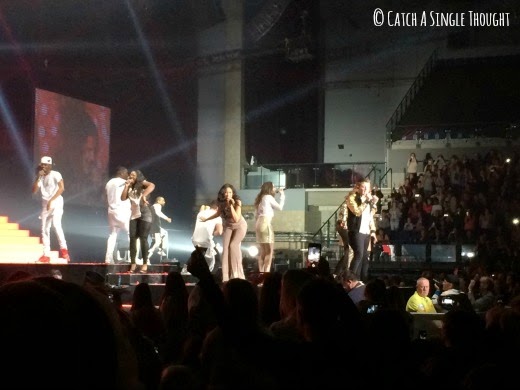 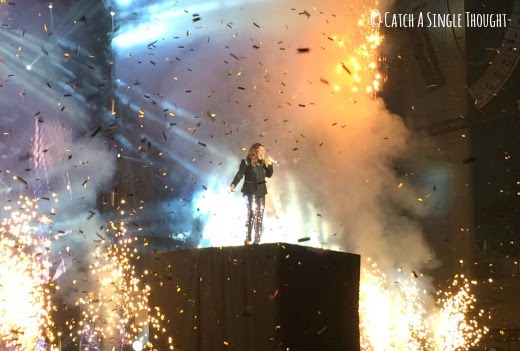 A huge thanks to TalkTalk for the tickets, I know that we all had a really great time and would recommend it for any fans of the show!

Disclaimer: I was offered four tickets to attend the live show as a VIP guest but all thoughts and opinions are my own.