For many years I have looked on in book-loving envy as friends and family have visited the quaint little village of Hay-on-Wye.  We’ve had a few ‘almost’ trips there but something has always conspired against us so this year, when my Other Half asked me what I wanted for my birthday I determined that instead of presents, what I really really wanted was a trip to Hay-on-Wye. 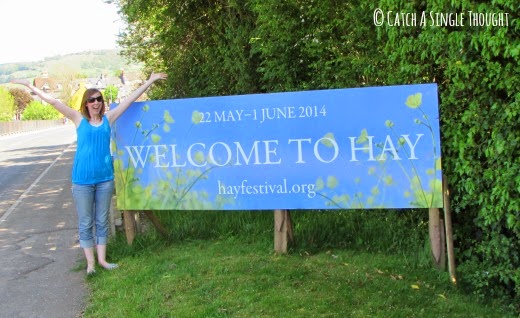 I won’t bore you with how amazing it was but, if you love nothing more than being surrounded by row upon row of books, then you really need to get yourself down there! 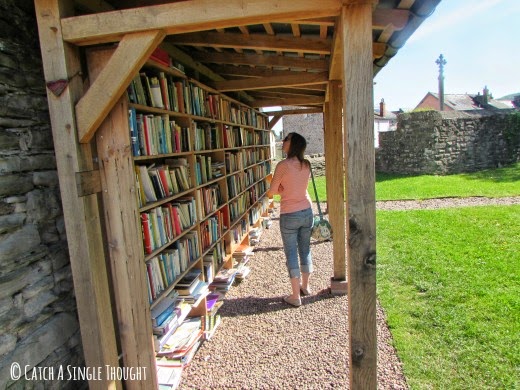 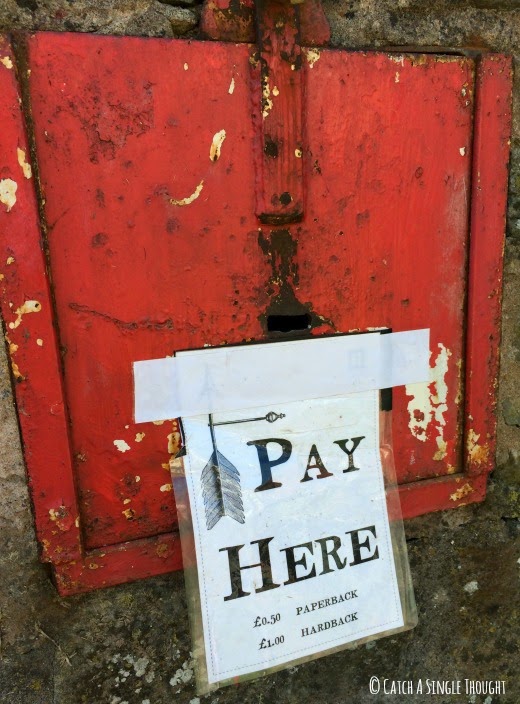 We found a gorgeous B&B in the village of Kington, which was about 20 minutes away from the centre of Hay and on Saturday morning we set off for the village, arriving just after 10am when the majority of the shops opened. 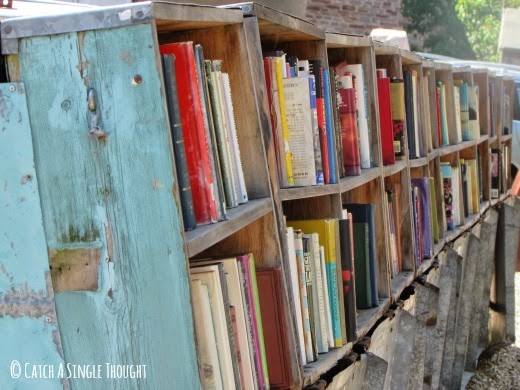 I think we might be showing our age a little bit though as just 10 minutes after we arrived we had stopped for our first coffee break! 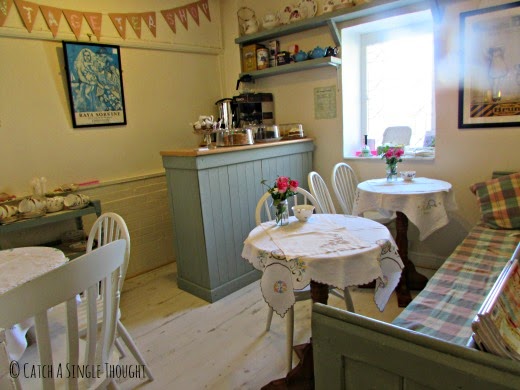 It was a beautiful day, perfect for exploring all the little alleyways and corners which is essentially what makes the village of Hay.  It’s really easy to get lost and a few times we realised that we had inadvertently wandered in a circle!  Our daftest moment was coming across a gem of a bookstore, spending half an hour buying books and then leaving to go and look for Richard Booth’s.  We found the back of a store which looked like it was Richard Booth’s but we couldn’t work out how to get in.  After lunch we sought advice from the cafe owner as to where Richard Booth’s was…followed the directions and ended up at the very same bookstore we had gone into originally.  Not our brightest moment it must be said! 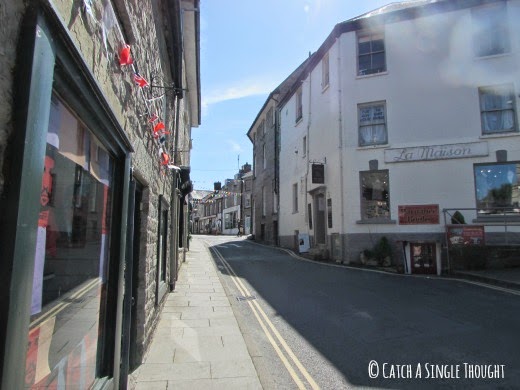 We didn’t just spend our time looking at books however, there was a lovely antiques market which was equally like a rabbit warren, lots of rooms containing piles of items, all owned by different sellers.  It was our first time in a place like that and we really enjoyed exploring and seeing what pieces of history we could discover.  I fell in love with a 1950’s coat which would have been perfect for Meg…if she’d been about 6 months old! 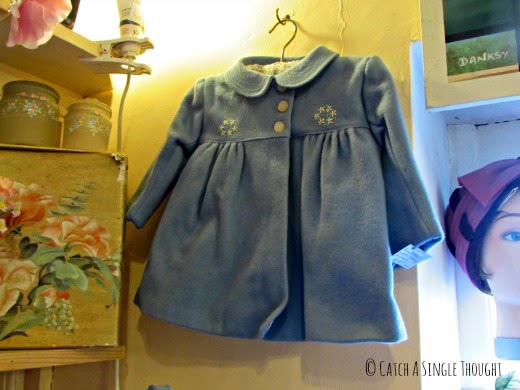 Being with my Other Half we also couldn’t escape a walk along the River Wye which is what we did in late afternoon once we had deposited our piles of books back into the car.  The weather was stunning and Hay-on-Wye is surrounded by picturesque countryside so we didn’t want to waste the opportunity.  We found a quiet spot by the river and just relaxed for an hour…it was so peaceful apart from the occasional rowboat which passed us.  I think if we went again we’d definitely look into hiring a boat; I think it would be a fantastic way to explore the area. 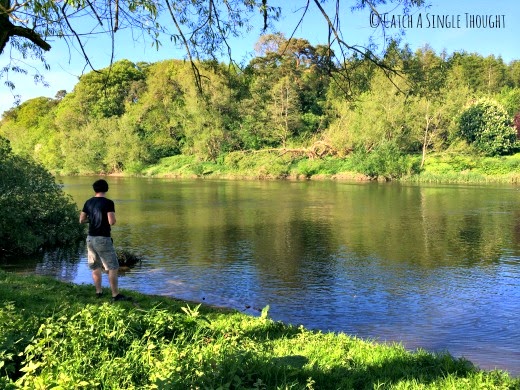 I could go on and on and on about what an amazing day it was.  I could also have spent twice as long in each and every bookstore, exploring all the many bargains located there but I think 8 hours was about my Other Half’s limit!  He likes his books but maybe not that much.

Places I would recommend visiting whilst there:-

– Richard Booth’s: Three floors of amazing books in a stunning setting, I particularly loved the top floor although the real bargain books are to be found in the basement.  Just try not to be too put off by the constant creaking of the floorboards above your head!  Books are priced depending on the quality and the age, but I didn’t pay more than £3 for any of the contemporary fiction ones I picked up.

– Addyman Books: I believe there a few Addyman book stores in Hay; we went to the general fiction one which is located on the same road as Richard Booth’s.  It’s a bit more disorganised so be prepared to root through the towers of books on the floor if you are looking for a particular novel.  Books are very reasonably priced, around £1.50-2.

– Hay Cinema Book Shop (HCB): I was a bit disappointed with this as reading around it seemed like one of the most well known shops in the village.  There wasn’t much by way of fiction here although you can buy new books for the same price as second hand ones, around £2-3 which was good.  It’s definitely the place to go if you are looking for non-fiction books though. 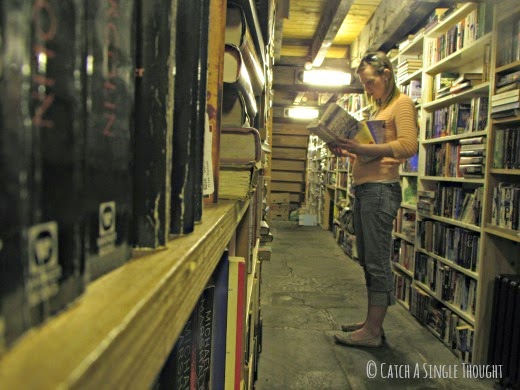 We are hoping to go back next year but would like to coincide our visit with the Hay Festival which I think takes place the weekend after the one we chose as a lot of the shops were preparing for that.

It was a brilliant way to spend my birthday and I’m really thankful to everyone who made it happen – you know who you are! 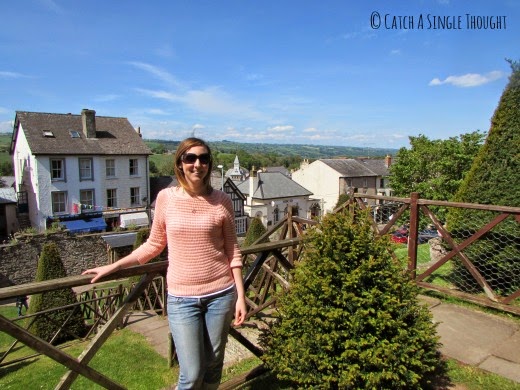