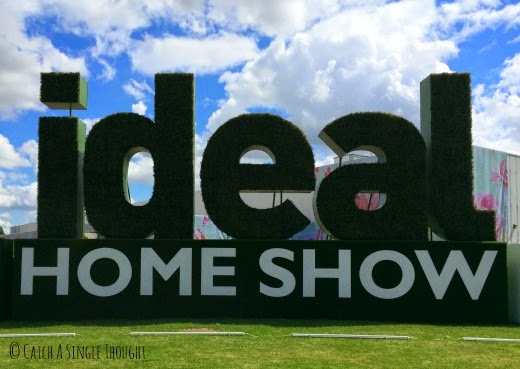 We were lucky enough to be offered some complimentary tickets for the Ideal Home Show in Manchester by Dulux, which took place last weekend.  I was beyond excited at the opportunity to go, having wanted to attend for a number of years but never actually getting round to sorting out tickets (story of my life I think…)

We decided to go on the last day, Sunday, which thinking back now may actually not have been such a good decision.  A lot of the stalls had reduced the prices of their items and in the popular sections it was total pandemonium.  Perhaps it would have been quieter on the Friday or Saturday…isn’t hindsight a wonderful thing!

There was so much to see and do that it’s tricky to put it all into one post.  It was held inside Event City and was divided into sections such as Ideal Interiors, Ideal Woman, Ideal Technology and so on.  Certain sections seemed to attract more people and we spotted various large queues throughout the day but having the kids with us meant that we couldn’t really stop and investigate much. 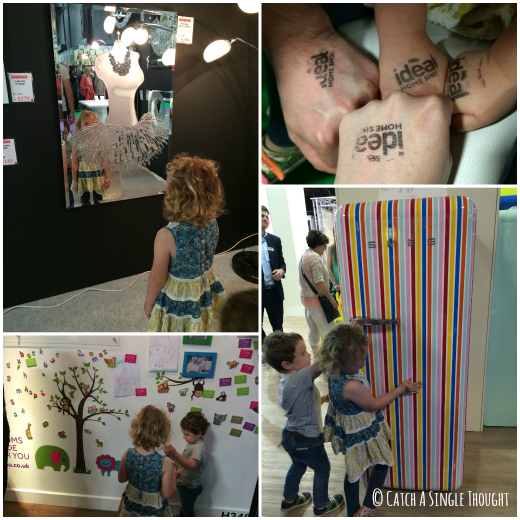 I think if we went again, we probably wouldn’t take the kids.  Whilst there was lots there to draw them in, and the people on the stands were very accommodating (big thanks has to go to the staff at the Lycia Properties stand who gave us all chocolate from their own personal stash!) it wasn’t ideal if you wanted to peruse all the lovely items at a leisurely pace.  Meg and Eli were very much see it, test it and then quickly move on.

The only time this was not the case, was when we reached the stand selling, of all things, Star Trek Tribbles.  These are little fluffy things which vibrate and jiggle when you clap near them.  Both the children referred to them as ‘moving rocks’ and thought they were the best thing since sliced bread.  We actually had to return to the stand three times so they could make the Tribbles wiggle and dance.  Amazing the things which capture the attention of children. 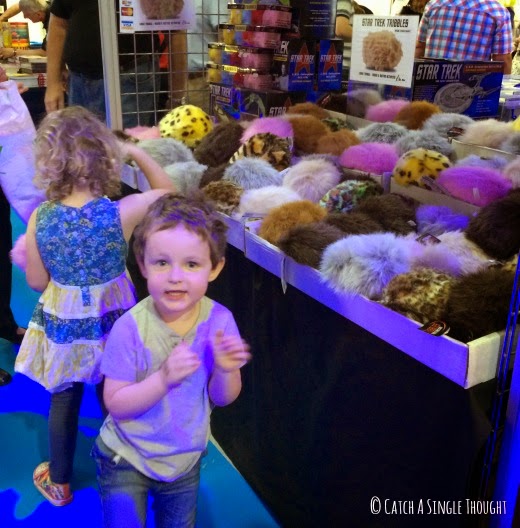 The thing I really liked about the show was that the majority of things on sale were actually affordable.  I was surprised at the number of independent sellers who had stands and that they items they were selling weren’t overpriced.  I think I had gotten it into my head that it was only going to be the big brands present so it was nice to be proven wrong.

I also spent a lot of time dreaming over the beautiful items which have now been added to my ‘one day’ list.  From kitchen gadgets to stunning interior decorations, I am now determined more than ever to buy our own home just so I can fill it with beautiful items!  Pipe dream, I know… 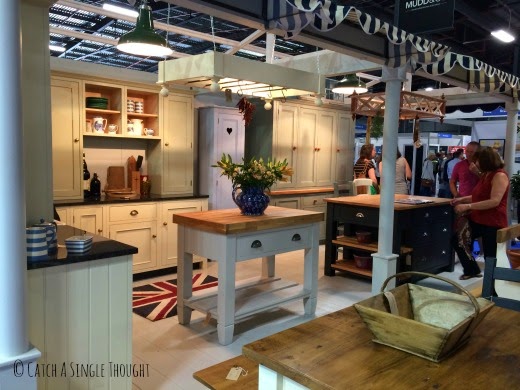 One thing which did having us scratching our heads was the apparent disappearance of the Dulux ‘Bedroom in a Box’ exhibition.  We studied the map a number of times but never came across it.  If anyone else was there and can enlighten us, please do!  I was quite disappointed as I would have liked to see it for myself. 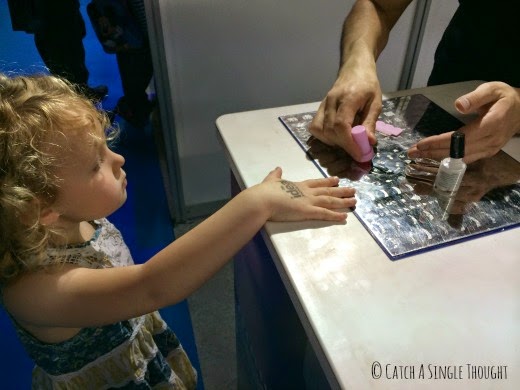 I believe the Ideal Home Show has now finished but will be down in London for a Christmas exhibition in November.  That is definitely one I would love to visit…I can just imagine all the Christmas loveliness as I sit here, in the blazing sunshine… 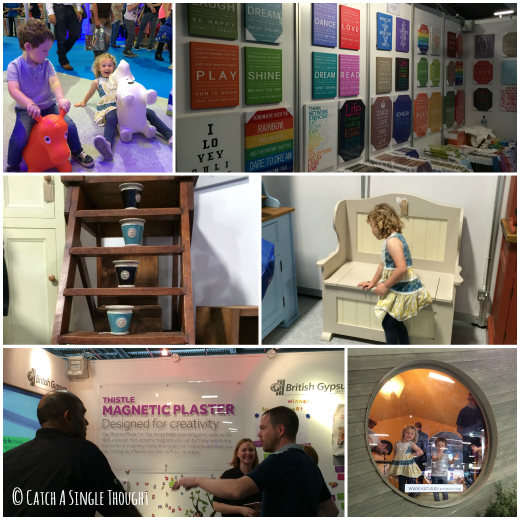 Disclaimer: We were provided with complimentary tickets but all thoughts and opinions are our own.