It has been years since I went to a Pick Your Own Farm, probably in the region of 2 *cough* years but I have such fond memories of going as a child that every summer I have wanted to take the kids.  It just seems to be something I think about late in the season when it’s too late to go.

So this year I was determined not to be foiled!  With Father’s Day providing the perfect excuse for some great family fun, I hit the internet and searched for the closest place to us.  As we were heading over to a family BBQ in Liverpool after our morning adventures, Kenyon Hall seemed like the ideal choice, being fairly near to both home and Liverpool.

It’s quite early in the season for strawberries so my Other Half gave them a quick call to see whether it would be worth heading down.  I loved that they were honest enough to say they didn’t have too much left having been very busy the previous day but that if we didn’t mind a bit of rooting around, that it would be fine.

As we love a challenge, this didn’t put us off in the slightest.

Meg was beyond excited at the prospect of getting to pick her own.  She was bouncing up and down as the member of staff handed her the empty container and explained where to go and she broke into a sprint when we reached the strawberry fields.  I think she had been concerned there wouldn’t be any left as we passed several people with containers piled high. 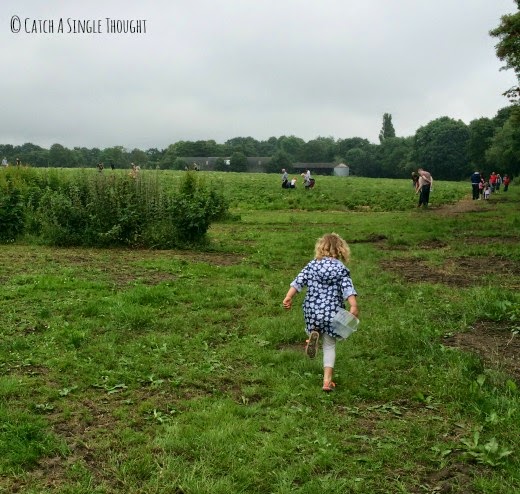 The prediction that we would have to root around was correct but in all honesty I think this made it better for the kids.  We would have been done in five minutes flat if every plant had been laden with ripe strawberries whereas we got to spend around an hour hunting out the very best ones we could find. 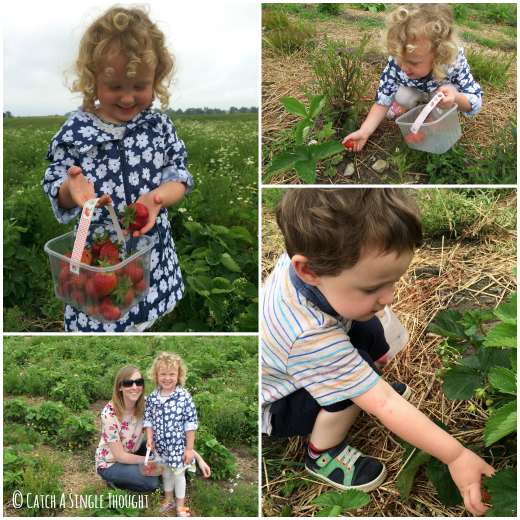 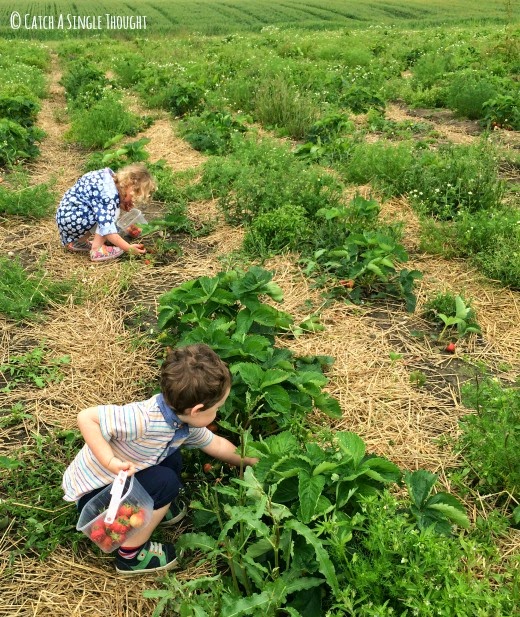 This made it much more of an adventure and both kids were very proud when we finally filled the containers. 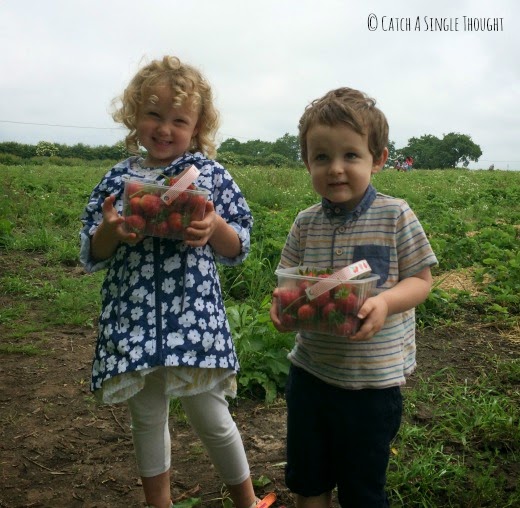 The real difficulty was persuading the kids to not sneakily eat a strawberry, I caught Meg in the act at least 5 times and I’m sure Eli was sporting a red streaked chin by the end, in fact I think my Other Half had been abetting him in strawberry eating subterfuge as he was looking very shifty too. 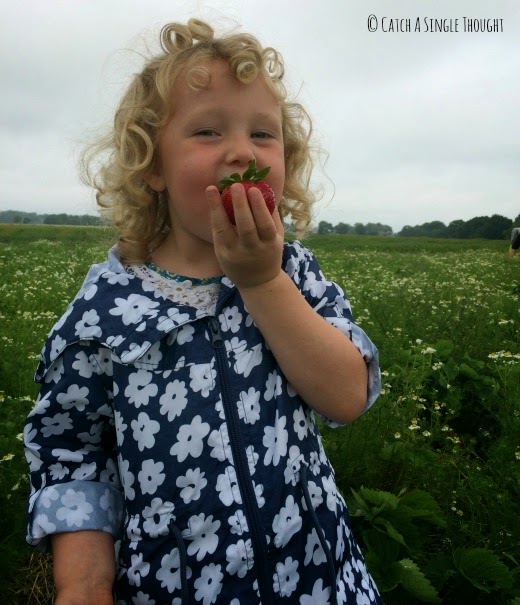 Although the sun didn’t shine, and it was starting to spit as we headed back to pay for our strawberries, the kids both had a brilliant time and we will definitely be returning.  I have added it to my list of successful day out ideas for the long six week holiday which is looming ever closer!