Recently we were lucky enough to be asked by Learning Resources to become a part of their official toy testing team.  We couldn’t say yes fast enough!  Having reviewed a number of Learning Resources products in the past, we are always impressed with the quality of the toys and games they make and the way they encourage learning in children through having fun and playing.

The latest game we have been sent is Mental Blox, a ‘brain-boosting, block-building make you think game!’ 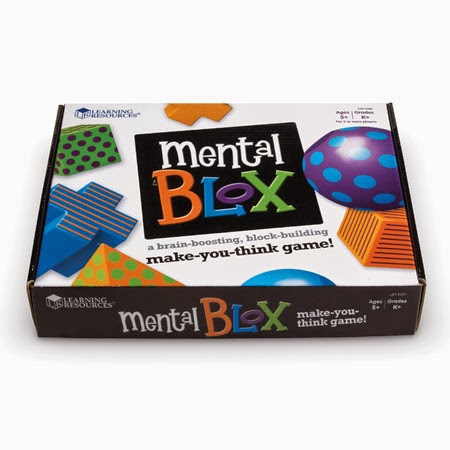 Contained within the box are 20 double-sided activity cards showing a number of different constructions, 20 chunky, plastic coloured shapes, and an activities guide.  The idea is that working in teams, you try to recreate a structure from memory (having been shown the card for 10 seconds) or you try to build a structure based on clues provided by other players in your team. 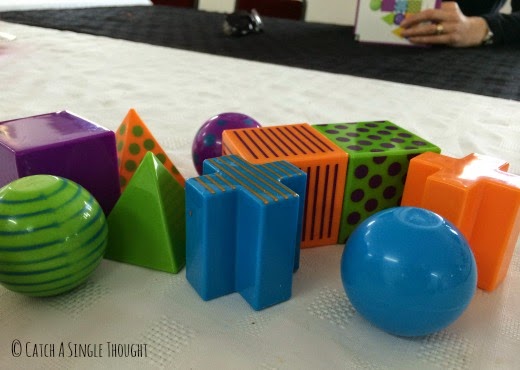 I’m going to just get this out of the way and say that whilst this game is aimed at children aged between 5 and 9 as an adult, I found it tricky!  We first played it when we were away with extended members of our family which meant that there was a range of ages from 5 right up to 50 attempting to play….and let’s just say that those under 16 did a heck of a lot better than those over that age.

It’s actually amazing at an adult’s inability to remember information.  I was on a team with Meg, who has just turned 5, and whilst she occasionally struggled with the exact way up a shape had been or the colour of it, actually creating the structure wasn’t much of a challenge at all.  Weird, huh! 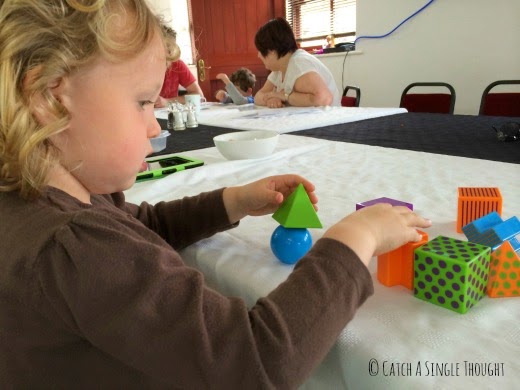 Certainly put me to shame.

The game has been designed to encourage critical and strategic thinking as players have to recall what they have seen and reproduce it.  Due to Meg’s age we haven’t attempted the second version of the game, where players describe a structure, as we think she would find this too complicated (or maybe we would…); I think that this is more suited to older children.

For older children there are also additional challenges on the activity cards; questions such as ‘how could this structure be condensed to 3 columns?’ which I liked.  It means that it will be a long time before Meg outgrows the game as we can keep on changing and developing it as her knowledge and confidence grows. 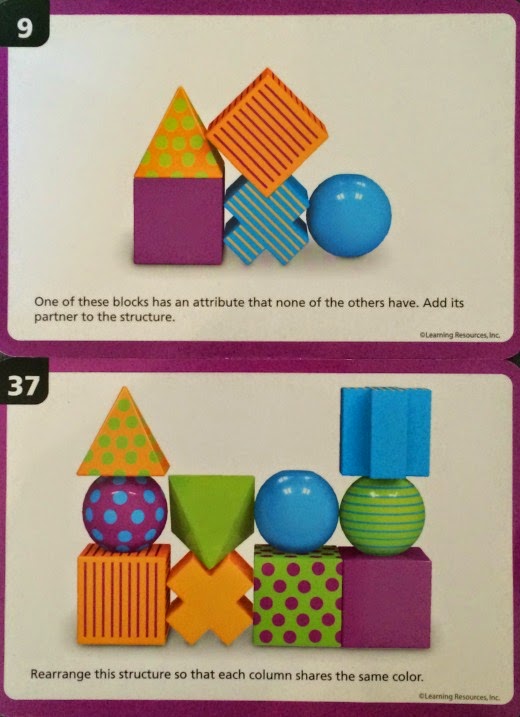 As I have come to expect from a Learning Resources game, it is very well made.  The plastic shapes are chunky which makes them easy to grip and to balance on one another and they are brightly coloured which makes the game attractive to children. 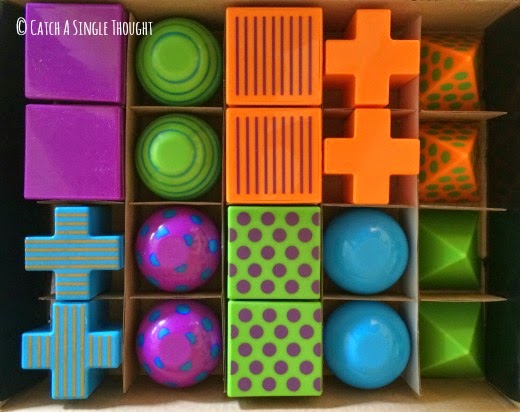 It would definitely be a struggle for children under the age of 5 (unless you are raising a wonder kid) but it can almost certainly be played by anyone over and above this.  Priced at £26.34 although it isn’t cheap, I think the fact that it will last and that it is entertaining for the whole family makes it worth the price.  To be honest I could even see it being used as a team building game by teenagers and adults.

We have thoroughly enjoyed playing with it, although we have had to limit it to once every couple of weeks as it gives me a headache trying to retain the patterns in my head.  Clearly I need to work on my memory-retention skills!  Must be all the blogging…

Disclaimer: We were sent Mental Blox for the purpose of this review.  All thoughts and opinions are our own.