I am a bit* of a history nerd and love nothing more than exploring crumbly old castles and buildings, much to the disappointment of my husband and children.

My favourite thing of all is to pick a random spot and then stand still, imagining all the people who have passed over that place; what they could hear, smell, see and so on.  It completely fascinates me.  Although I have found on more than one occasion that such actions perplex other visitors who look at me like I may have slightly lost the plot.  Is there anything strange about standing totally still in the ruins of a castle with your eyes shut? Tsk, I think not!

When we passed this little gap in the wall, I was drawn to it.  It’s probably not that old, I actually have no idea, but I immediately enjoyed picturing it in days gone by; imagining what might have been spied through the gap…directly on the other side are some gardens and I can just picture some lovesick stable hand peeking through the wrought iron and watching the lady of the manor as she took her afternoon stroll…or, something.  I don’t think my future is in writing historical romance novels *cough*

But still, it intrigues me, the history that might lie behind this little space in the wall.  It seemed completely out of place as though it had been stuck there as an afterthought and that made it even more interesting.  It stands within Worden Park and may have been part of the original Hall which was sadly mostly destroyed by fire in 1941.  Who knows?! 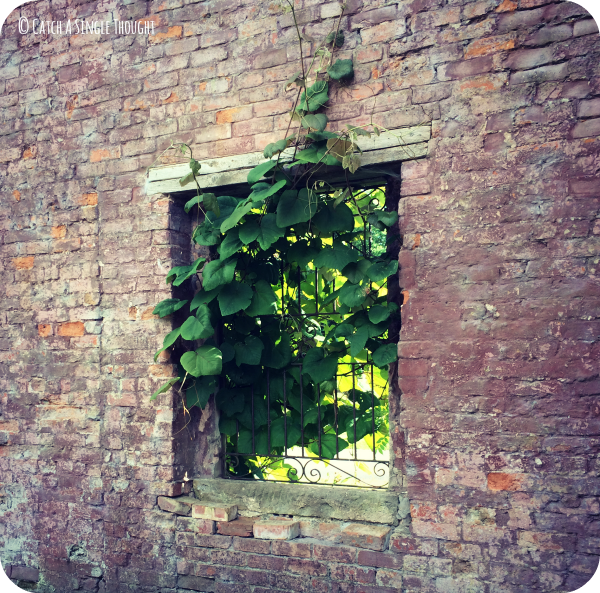 I am taking part in the Alphabet Photography Project which is being hosted over on PODcast.  Head over there to see how other bloggers have interpreted this week’s letter or look out for the #alphabetphoto hashtag on Instagram.