Glamping Weekend in Pembrokeshire: Part One

Last week I was lucky enough to win a competition for three nights stay in a glamping bell tent at Warren Farm, Pembrokeshire.  I was beyond thrilled to win as I have been desperate to go glamping and we hadn’t been able to get away as a family this summer so the timing was just perfect.

We did a lot of research on Pembrokeshire, which is in South West Wales before we left, as neither myself nor James had been before and we really wanted to make the most of the days we were there.  Luckily the site owners, were both really helpful and only too happy to point out the best places for us to visit, which was great.

Unfortunately, our journey down wasn’t quite plain sailing.  It took us 8 and a half hours to do a 5 hour journey and Eli decided that this was the time he was going to develop car sickness.  Fantastic.  But, we made it and although it was raining when we arrived, seeing our little bell tent lit up with fairy lights and candles, and then going to sleep listening to the light pitter patter of rain on the outside was lovely.

The first morning we had a quick look around, noting the picturesque little copse we were set in, our outside kitchen, fire pit, outside shower(!) and compost toilet.  I have to admit that I wasn’t brave enough to use the compost toilet and did opt for the flushable, indoor ones available although I did use the outdoor shower which wasn’t as bad as you might think, as long as you had someone looking out for you as it was slightly exposed to whomever might fancy a walk past! 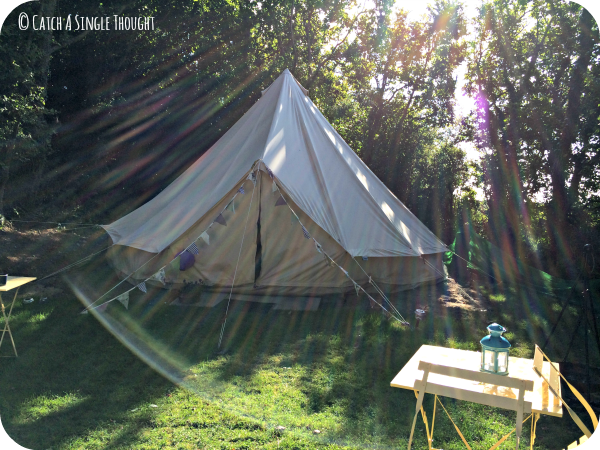 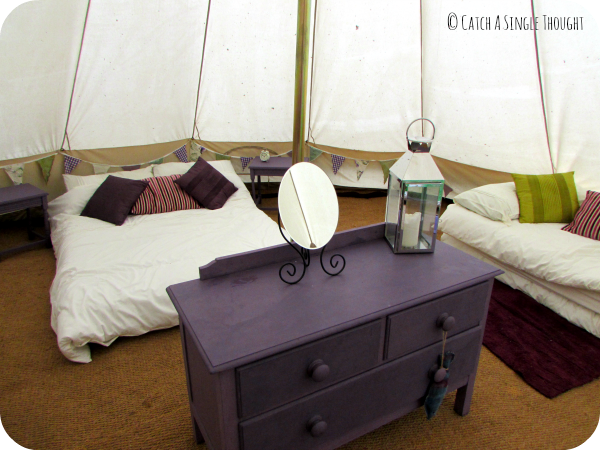 The bell tents are new and there is still a lot of work being put in to renovating the site so not everything has been thought of, and we did have to ask for a few things but again, the owners were only too happy to help. 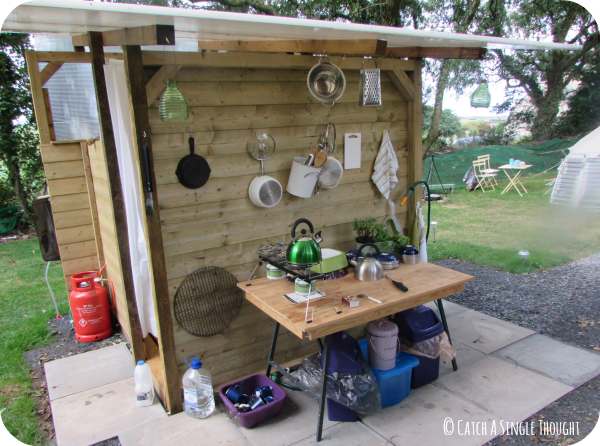 On day one we visited Folly Farm Adventure Park and Zoo which was a great day.  Meg and Eli were particularly impressed with the adventure playgrounds there, especially the ones which consisted of two pirate ships, one full, one ‘sunken’ and a castle. 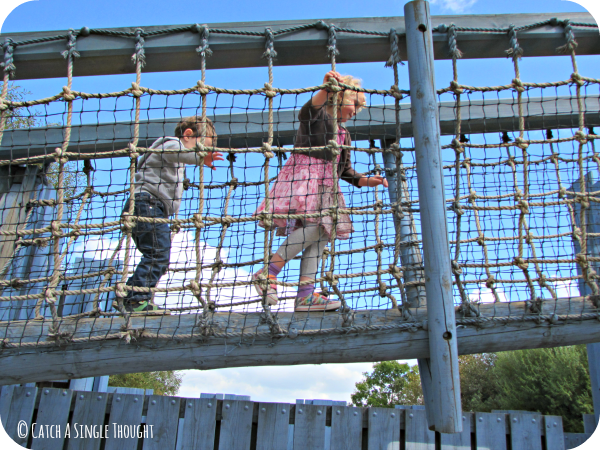 I opted out of going on the Big Wheel, although James said that the views were amazing and the kids seemed to really enjoy themselves. 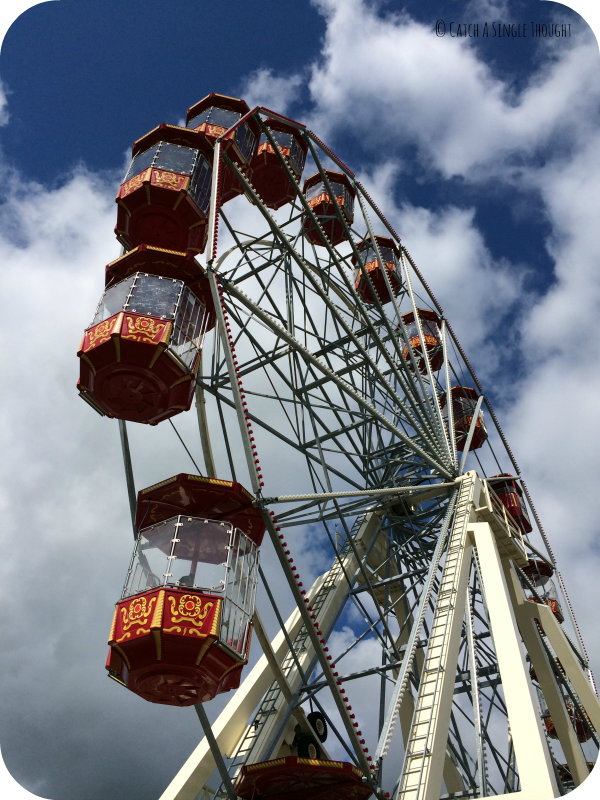 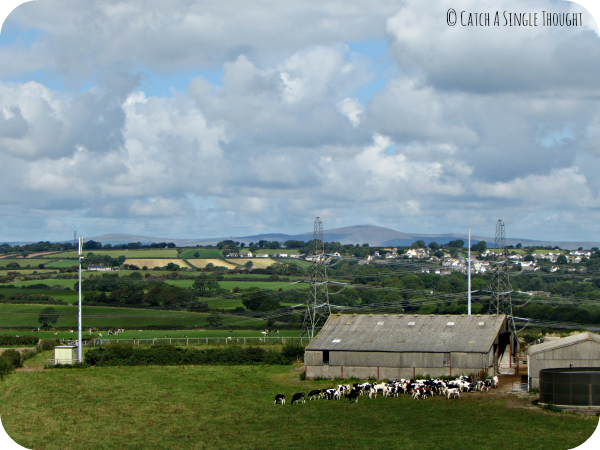 Meg was really taken with the penguins and made us stand for a good 20 minutes watching in case one of them did something ‘interesting’. 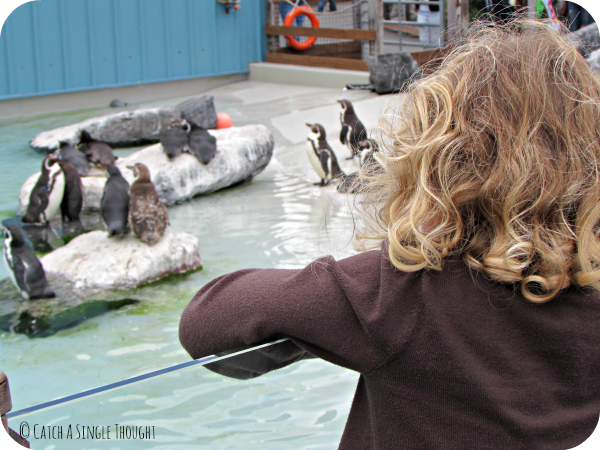 On the way back we stopped in a sweet little village and ate in an Italian restaurant we discovered; we were all exhausted from our day out and didn’t fancy trying to cook our dinner using the fire pit! 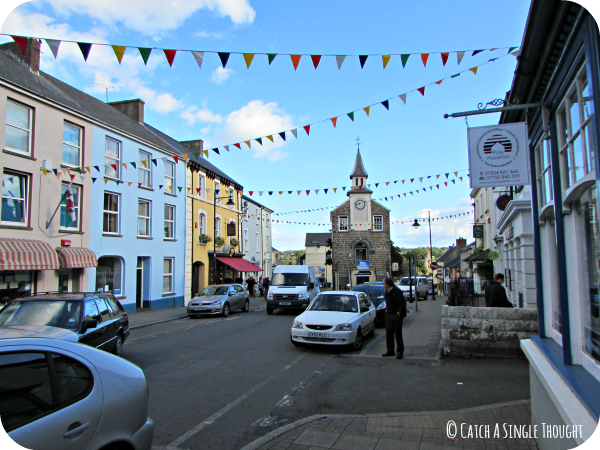 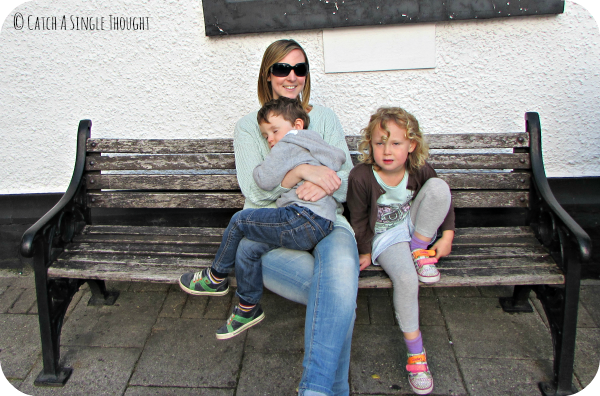 When we got back to the site there was just time for James to try and make a fire (with a little help from our neighbours and their fire lighters) and to toast some marshmallows before bed. 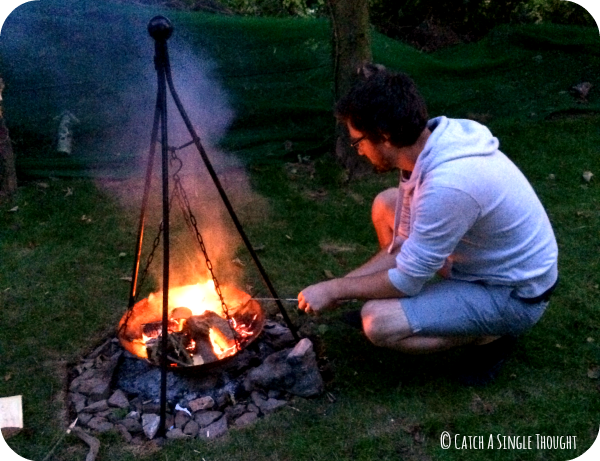 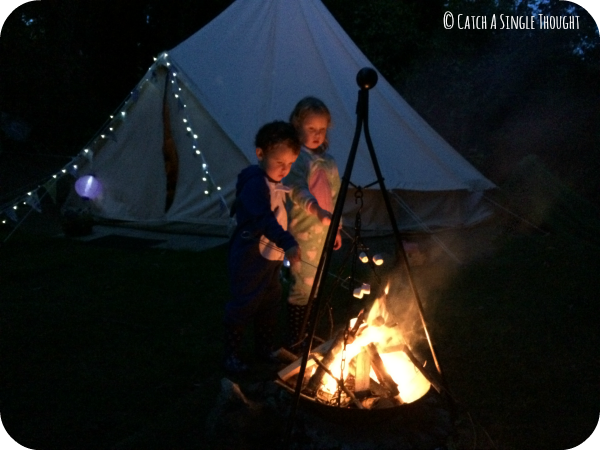 …and to set fire to marshmallows, which is a skill that appears to have been passed on from father to son. 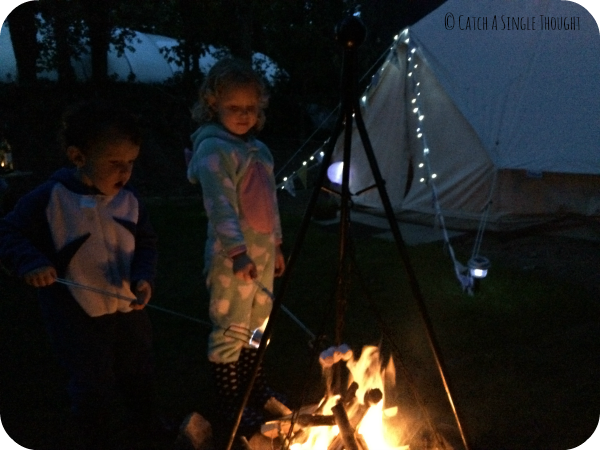 Once the kids were tucked up in their beds we enjoyed a sneaky glass of wine by candlelight before joining them, at around 10pm! 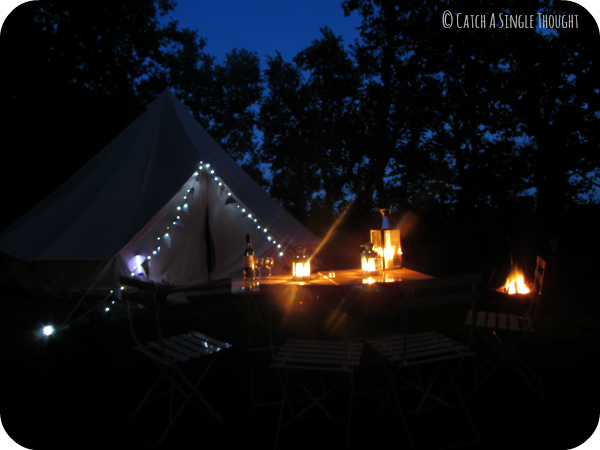 I took so many photos that I couldn’t possibly squeeze them into just one post so pop back tomorrow for part two.  There may even possibly have to be a part three…