Yesterday I shared the first part of our glamping weekend in Pembrokeshire.  So this is the second chunk of the hundreds of photos we took, and the many adventures we squeezed in to our short visit.

Day two was a bit more miserable and wet than the first day had been although it was clear enough in the morning for us to be able to cook our breakfast on the fire pit. 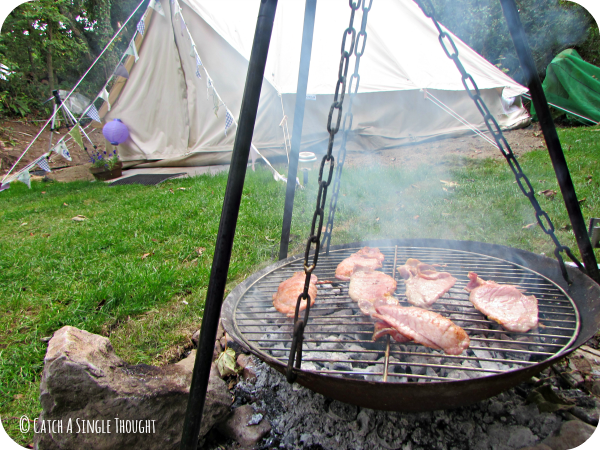 The kids were thrilled at being able to get involved and help their Daddy and the food was delicious; we had popped into a local butchers on the way back to the site the day before and it paid off! 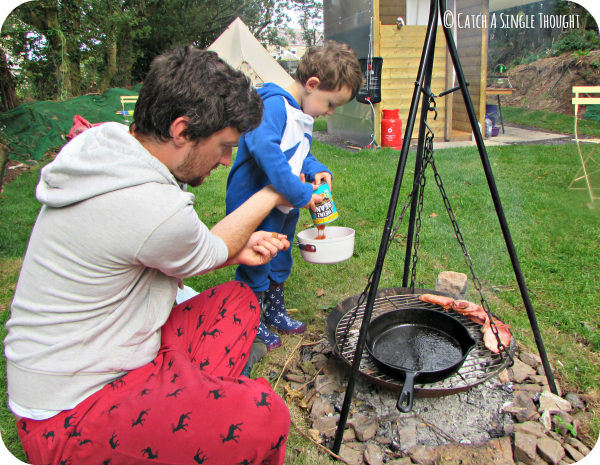 After breakfast we decided to visit Pembroke Castle.  I know what this is going to make me sound like but I am a HUGE Elizabeth Chadwick fan and some of my favourite books are the ones she wrote about the Marshal family who occupied Pembroke Castle so it was only natural that I wanted to go…although I think James spent much of the time having a laugh at me. 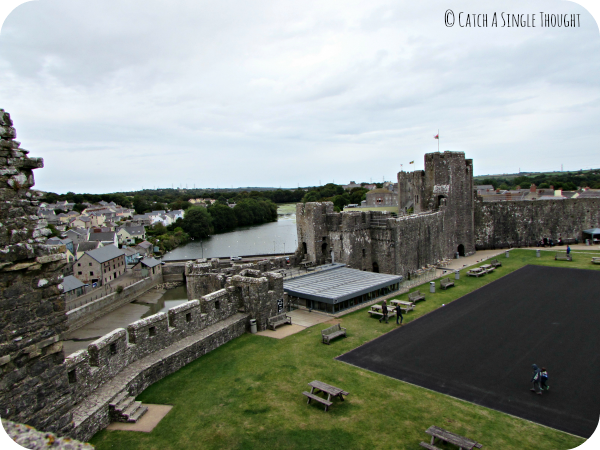 There are many, many, photos of me standing by dilapidated bits of castle looking thrilled.  I managed to just stick to showing you one though. 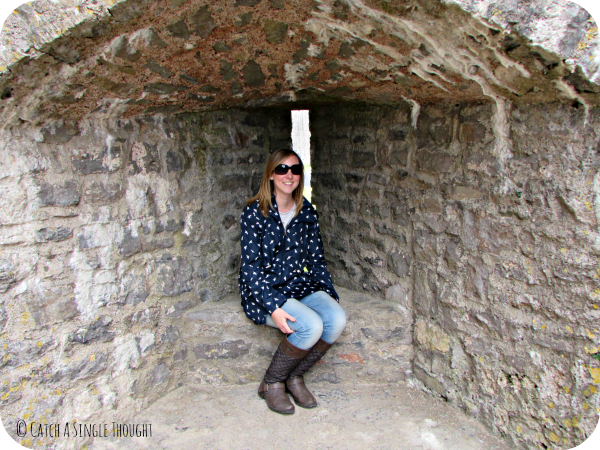 Whilst we were there they had a pirate event on which was brilliant.  The local drama school teacher and his wife had written a little show which they performed with one of their sons and it was honestly one of the best we’ve seen.  I’m not sure who laughed more, us or the kids. 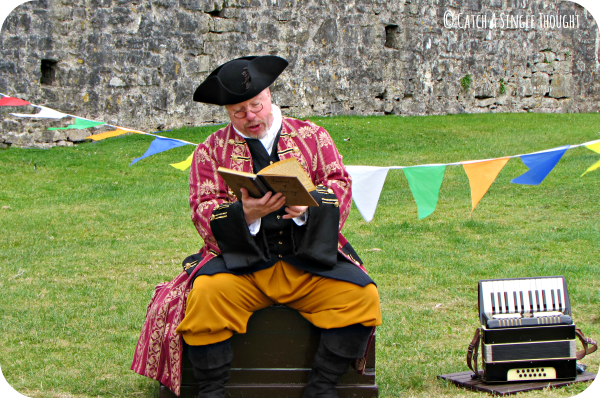 The show was followed by a treasure hunt around the castle grounds before handing out Pirate certificates to all the children.  The kids loved posing and having their photo taken with the Captain too.  I think this may have been the highlight for Eli, he couldn’t take his eyes off him when they were posing. 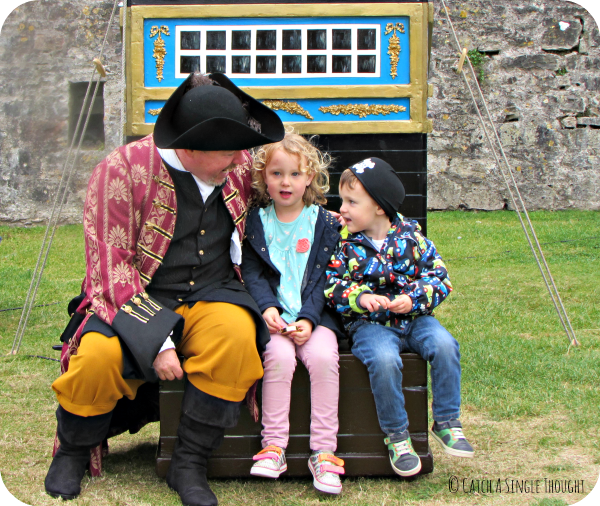 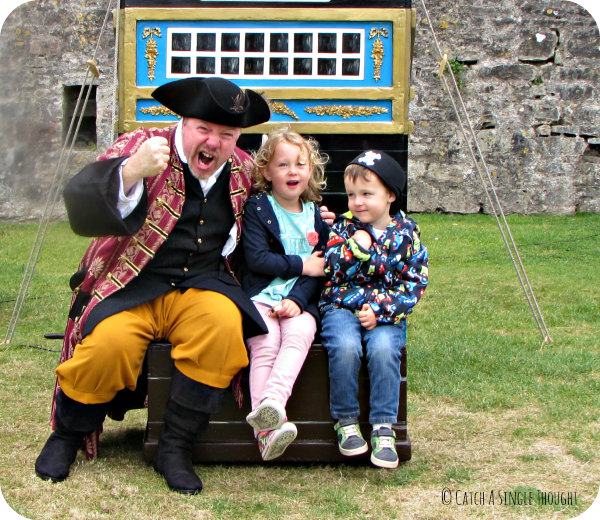 Naturally, the kids had to have their faces painted too as this seems to be a requirement for any day out we take them on. 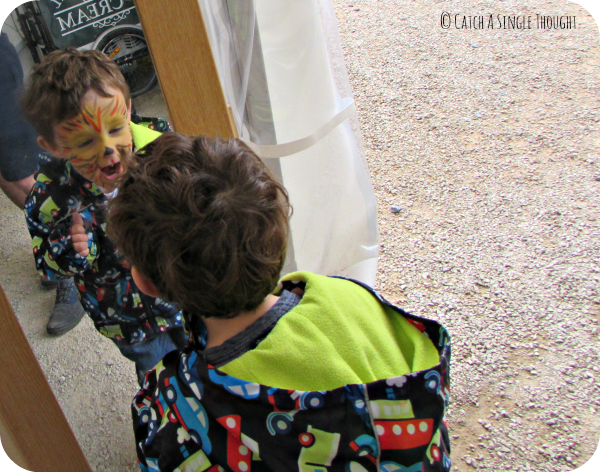 After we had exhausted the delights of Pembroke Castle we decided to visit Barafundle Bay.  Although the day was dreary and we anticipated getting very wet and cold, it had been recommended to us by a number of people and we wanted to see what all the fuss was about. 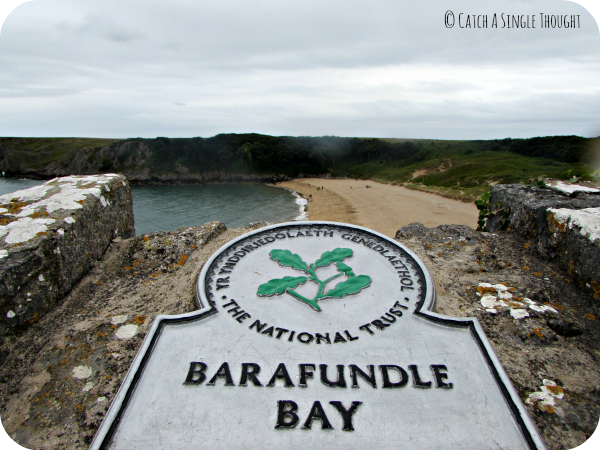 We did get wet and it was raining but the kids still absolutely adored it. 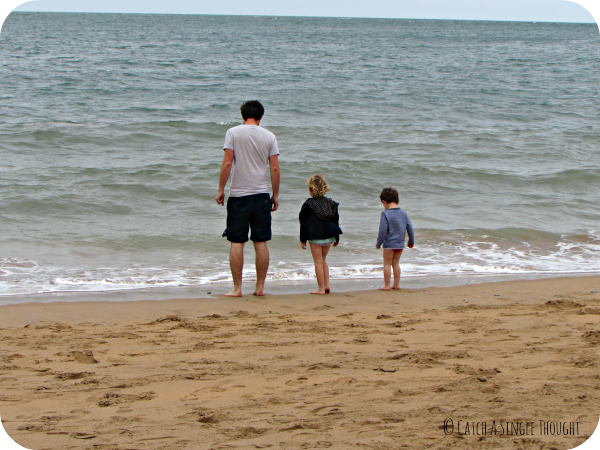 I love that they are becoming such sea monkeys, we had to repeatedly tell them to come back closer to shore before they got themselves swept away by the crashing waves. We managed to squeeze in some sandcastle building too before the heavens really opened and we had to make a hasty retreat back up the cliff to the car. 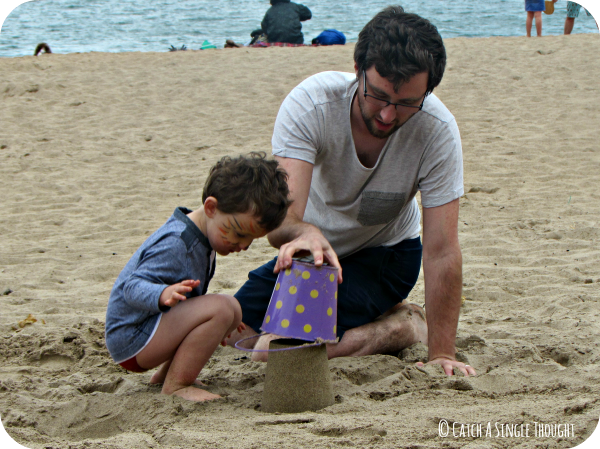 I wish that the weather had been brighter as I imagine it’s a gorgeous place to be on a sunny day but at least we can say that we have now visited one of the best beaches in the world!

We were all exhausted by the time we got back to the tent, although there was still obviously time for me to enjoy a little glass of wine and read my book by torchlight. 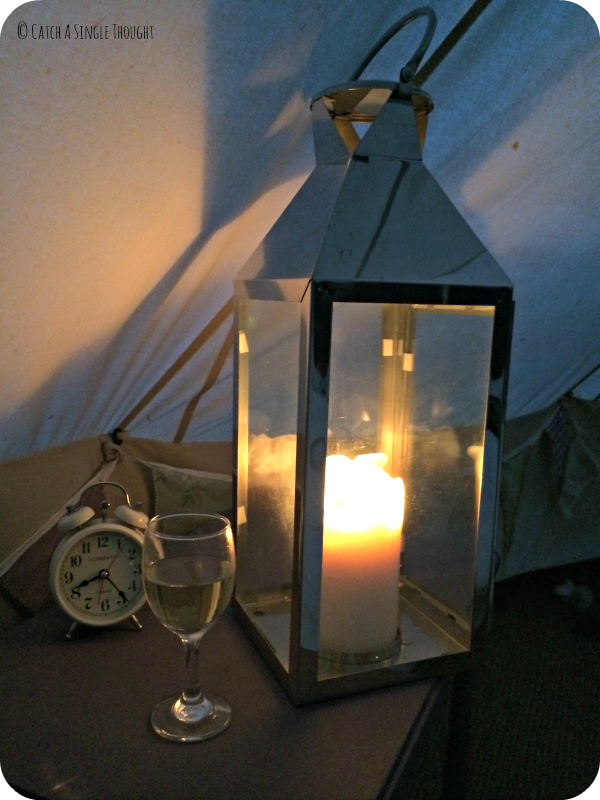 I won’t bore you with any more photos, so I will leave our final day until tomorrow.  Which I promise will be a much shorter post!

Glamping Weekend in Pembrokeshire: Part One