Today is Eli’s first full day of preschool.  We attended a short induction last week to get the lie of the land but unlike when he starts school there is no gradual intake…he just starts, 9.15am until 3.45pm.  Such a long day for such a little person.

He was full of excitement this morning, especially when he realised that he gets to take his own packed lunch.  Meanwhile I was swallowing down tears at the thought of a whole day without my little sidekick.

He even made me take his photo in the same way that I had taken Meg’s, although I wasn’t going to start the tradition until he went to reception.  His first idea was that he wanted to be a ‘servant’ (I think he means nurse but there you go…) and help Meg with the sick animals but after a few minutes he changed his mind and went for this. 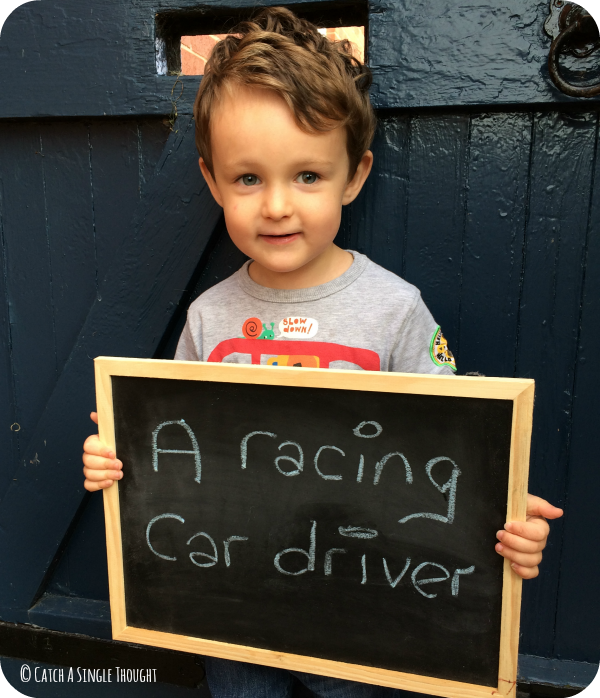 In the car he chatted away nine to the dozen, all about the things he was going to do and there was only one small moment of doubt when he asked what I would be doing and I replied ‘I’ll be at home.’  The realisation that I wouldn’t be there seemed to sink in and in a small voice he confessed that he didn’t want to go, he wanted to stay with me. 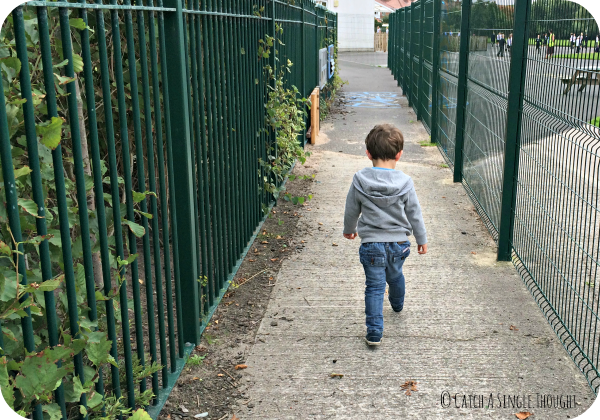 The feeling didn’t last long though as the minute we arrived he was writing his name in sand and bouncing through the door.  I barely got a kiss goodbye which I loved and hated in equal parts.  He was very keen to be back outside playing on the train which he had thoroughly enjoyed on our visit last week. 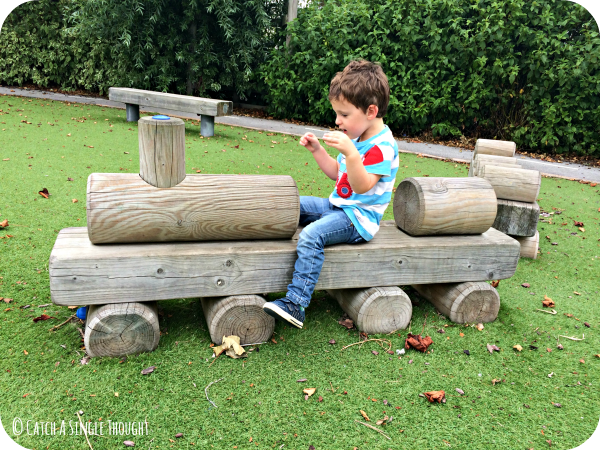 It’s a strange feeling, Eli being at preschool.  It’s not like he’s never been apart from me before, we’ve been away for weekend trips and he has gone for sleepovers at his grandparents houses.  It’s just that feeling of giving over your child to people you don’t really know and entrusting that they will care for him, teach him and watch over him in the same way that you would.

This is the start of his journey towards school when he will be away from me more than he is with me.  With Meg I absolutely knew that she was ready for the whole experience but I’m just not sure about Eli…or perhaps that is me just wanting to hold onto my baby for that little bit longer?

Either way, it is the start of a new season for us as I can potter around the house and have my time as my own, for two and a half days a week anyway!  (Unless you are my husband, then you can read that I am doing lots and lots of writing).  It is certainly going to be an interesting transition period. 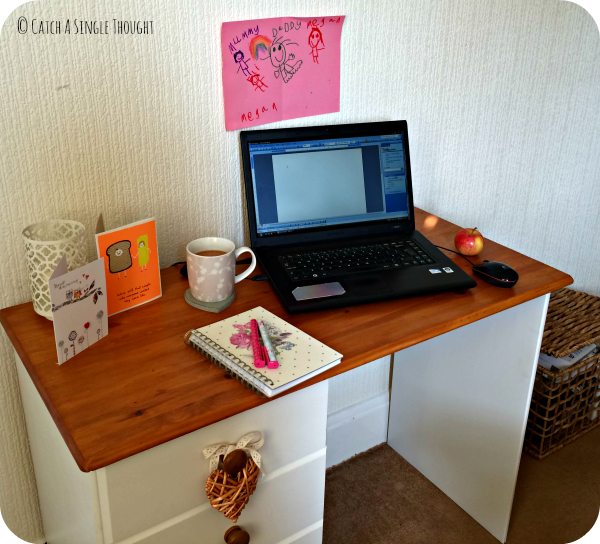