Our Day As Tourists 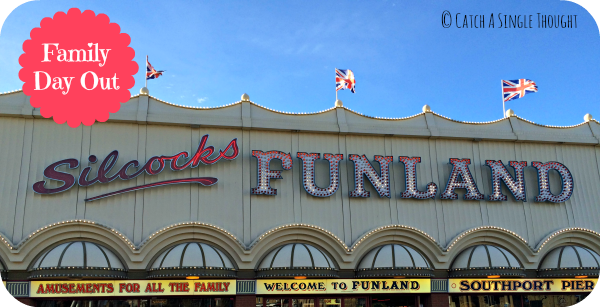 One of the things we are really guilty of is not making the most of the area around us for days out.  It seems strange but we are much more likely to travel further afield to visit an ‘attraction’ than to make use of what is right on our doorstep.

When we moved to the North West we were so excited at the thought of being able to visit the seaside whenever we wanted and being able to take the kids to the amusements and the fair every summer, and whilst we do go to the beach an awful lot, despite numerous promises to the contrary we haven’t once been to the amusements and we’ve only walked along the pier at Southport once, in January when we first arrived!

As it was the last weekend before everything closes up for the season I was determined that we were going to join the crowds and act like tourists; taking in everything that Southport has to offer.

The thing about visiting Funland, really, is that it doesn’t take much to please kids.  A tub full of 2 pence coins and they were happily occupied for ages.  Unfortunately Meg didn’t have much luck with the 2p machines but Eli hit the jackpot quite a few times. 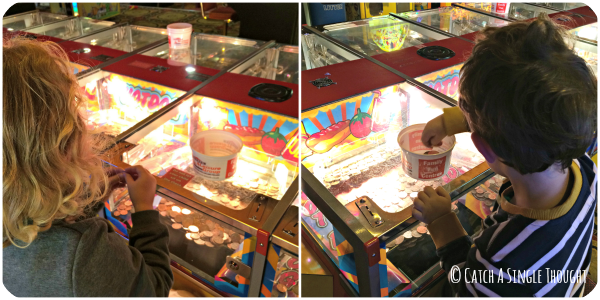 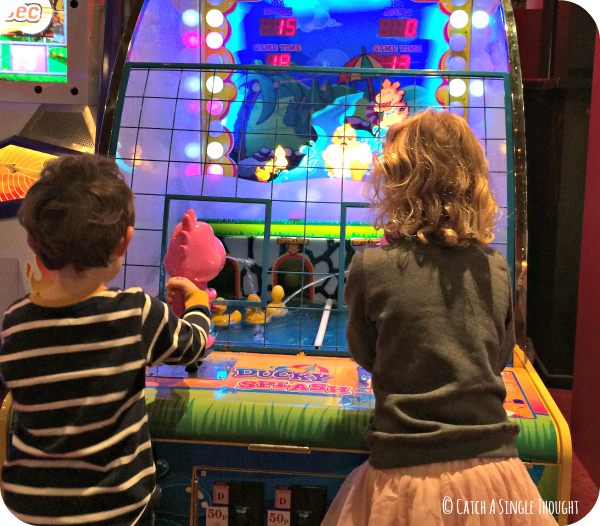 Meg and Eli really enjoyed themselves and were more focused on how many tickets they could collect with the money they were given.  They were very determined to win themselves some ice cream bubbles. 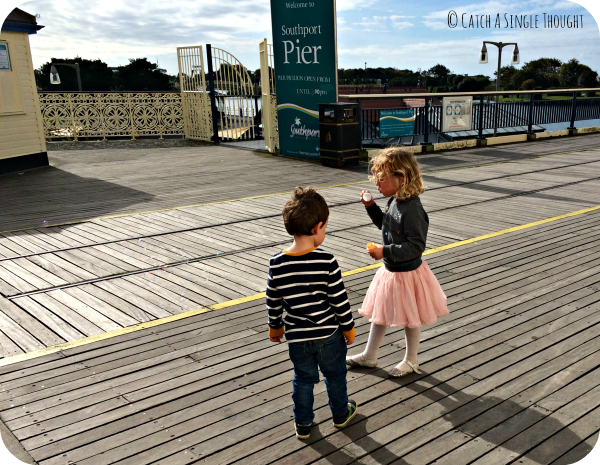 After we had exhausted the delights of the amusements we walked along the pier and bought ourselves some doughnuts to enjoy.  The sun had come out by this point and it was just lovely to walk along at our own pace and take in the view. 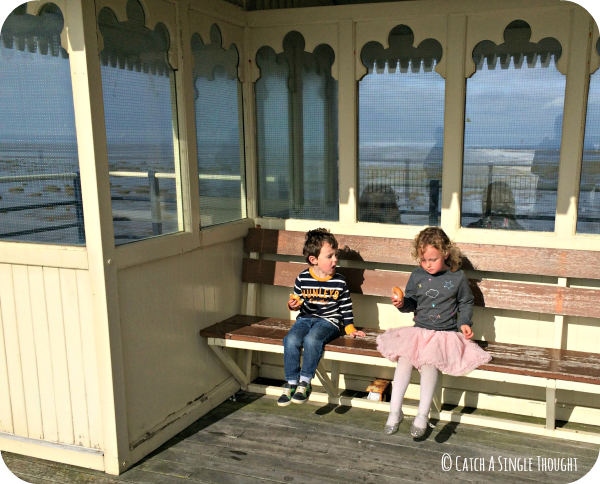 Eli was desperate to catch the tram, as it’s something we see often when we are driving past the sea front so we caught the tram back up the pier, which he loved. 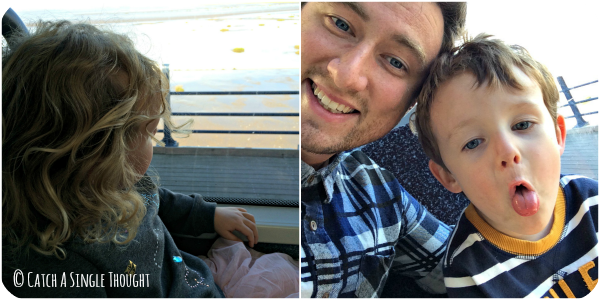 I think in total, the entire day cost us about £10 which is nothing when measured against the excitement of Meg and Eli.  I really need to try and remember that simple days out can be just as effective as costly ones!