Book Review: The House We Grew Up In by Lisa Jewell 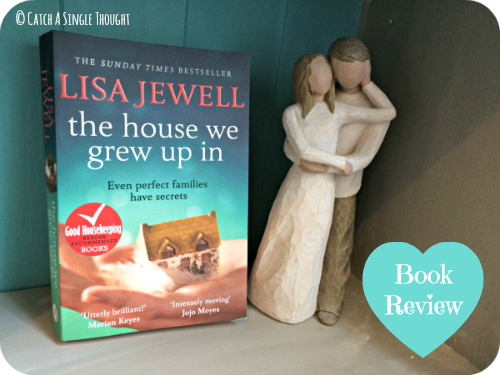 It’s been a while since I’ve picked up a Lisa Jewell book but this did not disappoint.  It is the story of the Birds, who on the surface appear to be the perfect family.  They live in a beautiful chocolate-box cottage in the Cotswolds and there is mother, father and four children.

But all is not as it seems underneath and when a tragedy hits it starts a domino effect which reverberates throughout all their lives and well into their futures.  We follow the story in present day from the perspective of eldest daughter, Megan as well as jumping back in time to the day of the tragedy and then a couple of places in between as we follow the stories of all those involved.

One of the best parts of this book is that the blurb really gives nothing away so I had no idea of the depths of the story before I started to read it.  It also means it is really difficult to write a review which doesn’t feature spoilers as I think the tragedy and the secrets are best uncovered as you read so they won’t feature here!

Something I really liked about the way Lisa Jewell writes is that her characters are always very real, although I had to really stretch my imagination to think of anyone who could ever be like Lorelei.  At times the characters are frustrating and exasperating, but on the whole you laugh with them, cry for them and admire them.

Lisa Jewell touches on quite a harrowing topic with the tragedy and it might put some people off but I would stay stick with the story.  She deals with it in an expert manner and in a very honest way as well I think.  I was slightly shocked when it was revealed and a little bit put off by the initial reactions of the characters, thinking it unrealistic but actually when all is revealed towards the end it starts to make a lot more sense and I actually wish the book had been a little bit longer.

It is a very poignant and interesting story about families; and I felt it particularly reverberated with me as a mother in the way that Lorelei tries to give her children the ideal childhood because she herself didn’t have one.  My past is nowhere near on the same scale as Lorelei’s but it made me consider how as parents we always strive to go that one step further than our own parents did.  But it doesn’t always work out how we think it might!

The only storyline I didn’t like was that of one of the children, Beth.  She does a particularly vile thing to her sister Megan and Megan just forgives her and they move on and Beth ends up with her life tied together quite nicely, thank you very much.  I don’t know whether it says more about me and my need for justice than it does about the weak plot line but I just didn’t like it at all and kind of wish Jewell had just left the whole thing out.  But that is just one small element of an overall really enjoyable read.

I give this book 4 stars and would really recommend it.