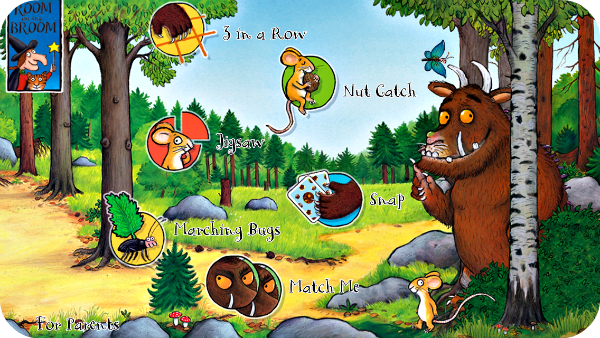 We are big fans of Julia Donaldson’s Gruffalo story in our house; as I imagine the majority of under 5’s are the world over so when we were asked to review the new Gruffalo: Games mobile app which has just been released, we weren’t going to say no!

Launched by Magic Light Pictures, an Oscar-nominated entertainment company to coincide with the 15th anniversary of The Gruffalo, the app features several classic children’s games:
* 3 in a row
* Nut catch
* Jigsaws
* Snap
* Marching bugs
* Match me
In 3 in a row and Snap, children can play against the Gruffalo himself and each of the games has been designed to complement the key skills children will be learning in pre-school and Early Years.  It is aimed at children aged between 3-7 years and features all the well known characters from the book. 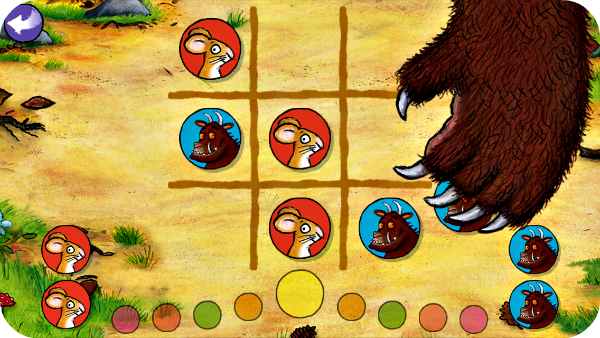 It’s always nice to discover new games which will not only be enjoyable for Meg and Eli but which will hold their attention beyond the first five minutes.  This app fits the bill perfectly, and the games are educational too which is a real bonus.  Being at the lower end of the suggested age bracket, Eli did need some help with a couple of the games, the jigsaws in particular.  Others, such as Snap, he was happy to play by himself.  Meg had no trouble whatsoever, and picked each game up easily and quickly. 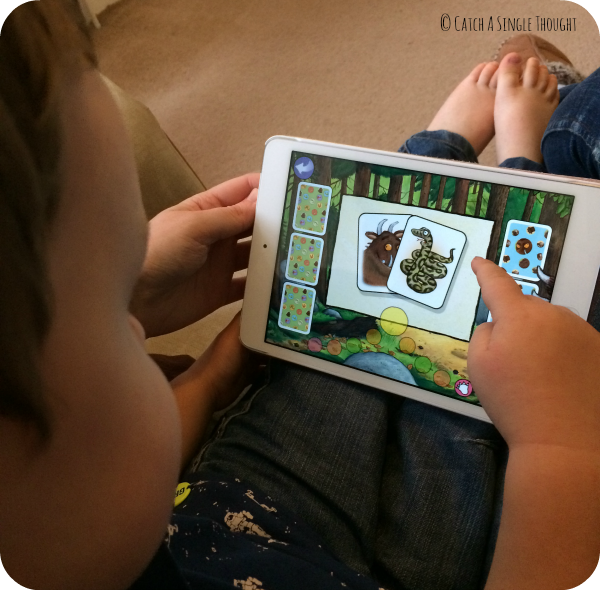 The app is priced at £2.99 which I think is great value for the number of games you get and is on a par with other similar children’s apps.  In fact, it is cheaper than a couple I have bought recently and far outshines them in terms of what you get, and how long Meg and Eli have been engaged with them for.  So it definitely gets my seal of approval.
Additionally, the app is accompanied by music from the films.  I won’t lie, it does get annoying after a while and you can only turn it off by muting your phone’s volume but I thought this was a nice touch and Eli recognised it straight away, which surprised me!
If you have fans of the Gruffalo books then this is a real must buy app.  I am sure that your children will love it; as both of mine have.
Now for the giveaway…
As the app has been released to coincide with the 15th anniversary of The Gruffalo I have a special prize bundle to giveaway to one lucky person which will include a special anniversary edition of the book, DVD, plush toy and a code for the app. 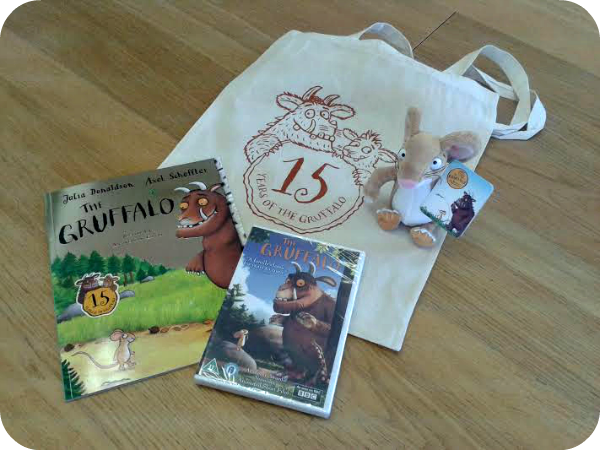 If you would like to enter, simply complete the rafflecopter below.  UK entrants only please and the giveaway will end on Saturday 1 November.
Good luck!

Disclaimer: We were provided with a free download of the app for the purpose of this review.  However all thoughts and opinions are our own.