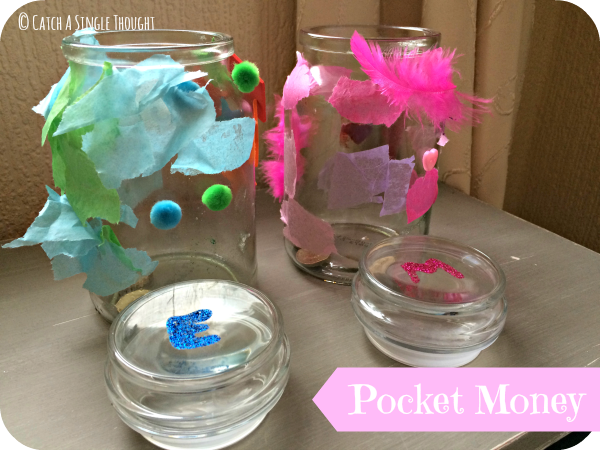 I don’t know whether it is my sensitivity to hearing the ‘C’ word in recent weeks or whether there has actually been an increase in the number of toy adverts on the television but I have to admit that I am tiring of hearing the never-ending list of toys my children want.  Every day brings a new addition, or three, and in my attempt to filter out what they will actually play with and what they just think looks good, I decided I needed to come up with a plan.

Add into this a recent article I read which said that children as young as 3 years old should be introduced to the basic concept of money and that by the age of 7 most children have already developed their idea of how ‘money’ works I had my solution: pocket money.

I hadn’t given much thought to the age Meg and Eli would be when we started to give them pocket money.  I had assumed it would be something we would do, but that was as far as my musings had gone so the look on James’ face when I announced my idea was understandable.  Pocket money, at 3 and 5?!

The thing is, we aren’t great with money although we are (finally) learning after some major hiccups, and I really don’t want to pass our bad habits onto Meg and Eli.  If we can take the time now to give them some basic principles such as saving for things (my real weakness) then I think this is all to the better.

Initially we had thought to give them £1 for every year they are old, so Meg would get £5 a week and Eli would get £3, however, as we aren’t entirely sure how this will work and because James had visions of Meg immediately going out and buying £5 worth of sweets on week one, we decided to do a trial run in which they both get the same amount and we will address it in a couple of months.

This pocket money needs to cover things like sweets, toys and books and anything else they want but don’t need and it won’t be given or taken away based on behaviour.  Seems easy, right?

Once we had decided this, we then needed to come up with somewhere for them to keep their pocket money.  I had two empty coffee jars just crying out to be decorated which seemed like the perfect solution. 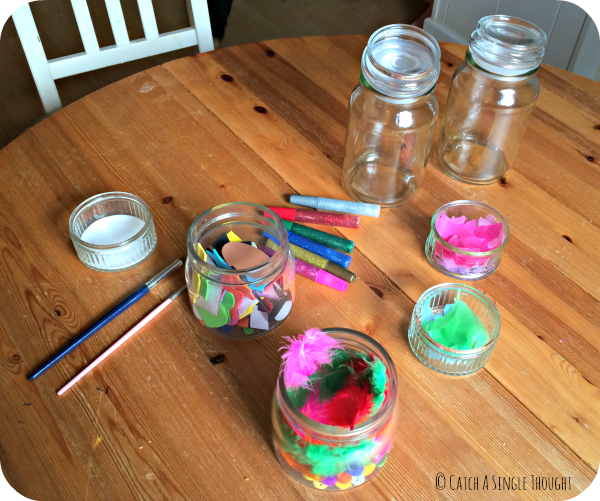 The decorating was somewhat interesting and I’m fairly sure I developed a twitch in my eye as I sat back and let the kids loose but both Meg and Eli enjoyed it and because the jars are made of glass they can see how much money they have at a glance which I am hoping will encourage them if they want to save for something. 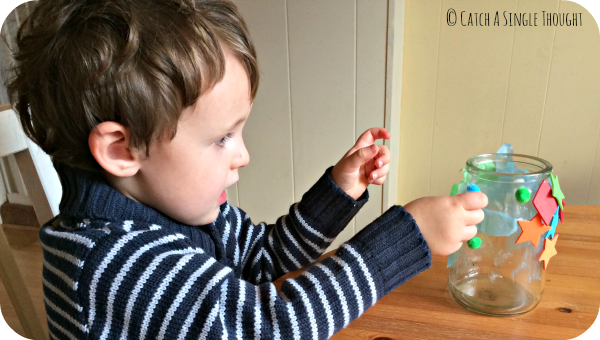 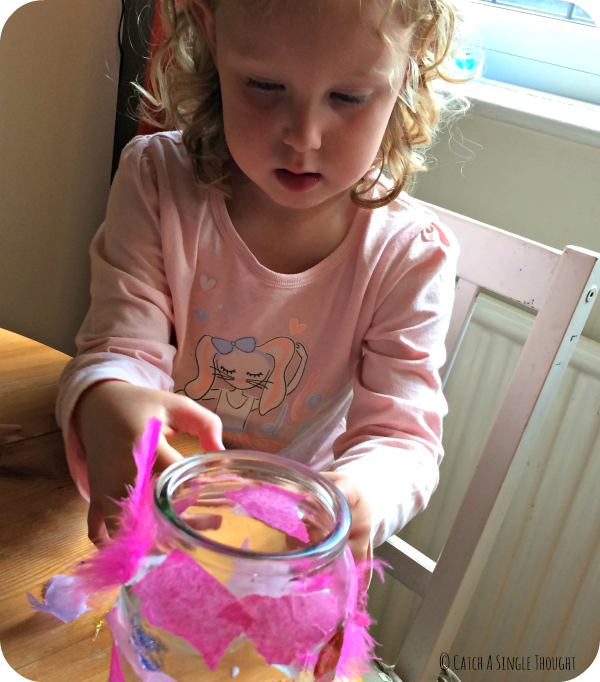 Both have already announced what they are saving for: Meg, a board game which costs £15 and Eli some ‘superhero things’ which he won’t be any more specific about and I have to randomly invent a figure for on a daily basis.

Neither wanted to go out and buy sweets right away, which was great and Meg has even taken it upon herself to root out every spare coin she can find in the house and add it to her jar to help her reach her target faster.  I am particularly pleased about this as James has a habit of emptying the contents of his pockets onto whatever surface is closest to hand but I imagine he will certainly think twice about this now Meg is stealing his spare change! 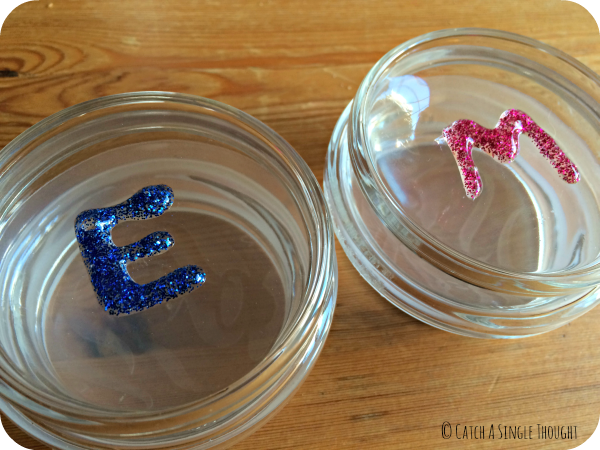 Ever on the lookout for educational opportunities the other great thing about this is that we can talk to Meg about the different values of the coins and how they all work together which will complement the maths work she is doing at the moment.

Do you give pocket money?  How young did you start?