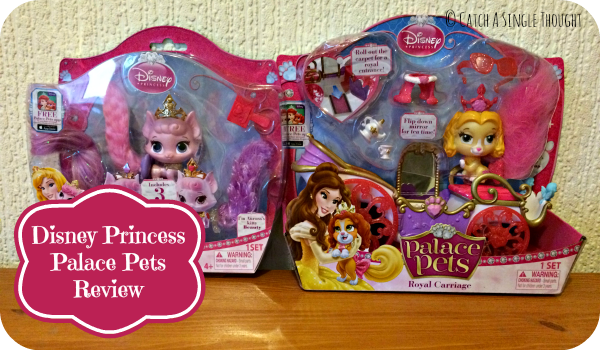 A couple of weeks ago we were sent two sets from the Disney Princess Palace Pets range: the Royal Carriage and Fashion Tails.

Meg is a huge Palace Pets fan and we have had the app which is associated with this range for a while so I knew she would be thrilled to try these out. 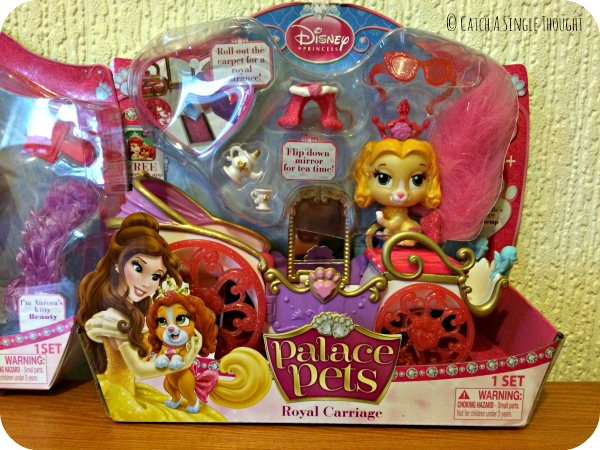 The Royal Carriage is priced at £17.99 and comes with:

I was really impressed with the attention to detail on the carriage, from the tiny bluebirds on the front to the sparkly pink wheels.  Clearly a lot of thought has gone into the making of it, and it is a sturdy toy.  The mirror on the carriage folds down to make a little tea table which you can then attach the teapot and tea cup to and there is also a carpet which slides out of the carriage to allow for a truly royal entrance. 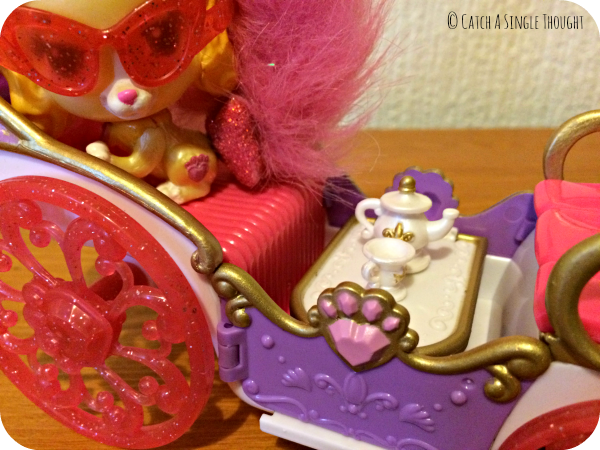 Teacup is made of solid plastic, with a moveable head.  Her crown is removable, although her tail is not (which did cause some confusion especially with the set we were also sent below)

Meg absolutely loved it, especially when she was setting up tea parties for the two pets we had been sent, and she also loved that the carriage was moveable and had little details which she could incorporate into her game (like the roll out carpet)

My only gripe with this product is the roll out carpet.  It is a very thin piece of plastic which bends quite easily and in fact if you don’t get the Palace Pet sat on it at the right angle then it just bends under the weight and they fall off.  This product isn’t cheap and I wish that for the money it costs, they could have somehow reinforced this plastic carpet.  It’s a really sweet idea but I just know it’s going to be the first piece to snap or break. 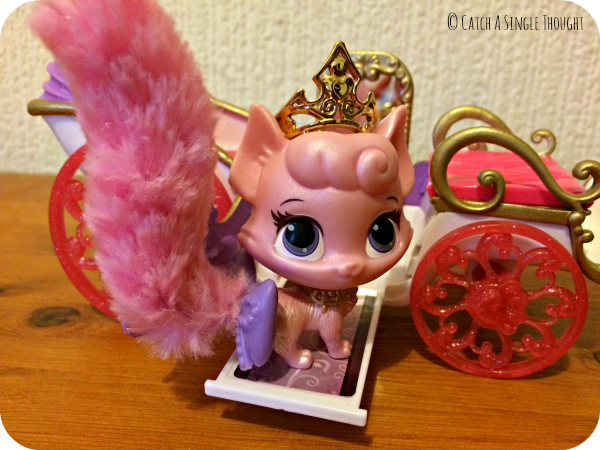 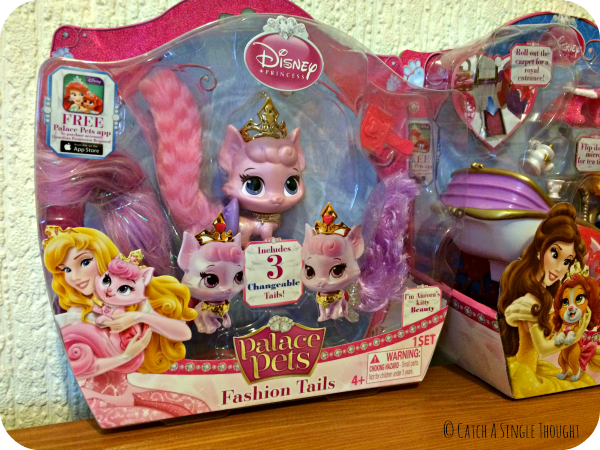 The Fashion Tails set is priced at £9.99 and we were sent Beauty, who is Aurora’s puppy.  You can also buy this set featuring Teacup.  It includes:-

As with Teacup, Beauty is well made with a removable crown and a moveable head.  The three fashion tails easily clip on and off and the brush allows for grooming of the chosen tail.

It was nice having the two pets as Meg could create a real game and set up a tea party.  As I mentioned above, the only confusion came when she realised that not all palace pets have removable tails.  I believe there is another range of palace pet sets called ‘furry tails’ and these tails are not removable either.  Once I’d explained this to Meg it was fine but there were a few confusing moments when we tried to work it out without breaking it.

I thought the Fashion Tails set was a good price, and would make a nice gift for any little fan of Disney Princesses.

I also like how it all ties in with the app which is available free on apple devices.  As I said, we’ve had it for some time and Meg really liked being able to play with the pets and then go onto the tablet and groom them for ‘the ball’.

I have also made a short video demonstrating the sets we were sent if you are interested to watch.


Disclaimer: We were sent both these products for the purpose of this review.  However all thoughts and opinions are our own.