Halloween Fun With Pets At Home

Jess McGlynnOctober 26, 2014
I am a member of the #CollectiveBias® Social Fabric® Community. This shop has been compensated as part of a social shopper amplification for #CollectiveBias and its advertiser. 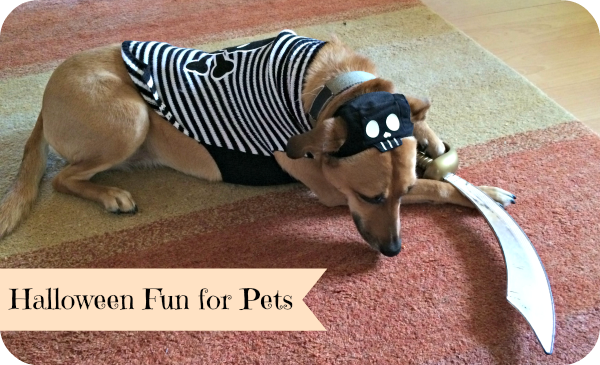 There is an issue which divides our family greatly.  It is often brought up around the holiday season and evokes strong reactions in all those present.  On one side we have myself and the children and on the other, fighting his corner strongly, my husband.  What could this be you ask?  Well this year it was the issue of Halloween Dog Costumes.

I love the idea of dressing Pepper up.  She is regularly adorned with accessories and trinkets, forming part of the children’s games but we’ve never branched out into actually buying something from a store, such as Pets At Home.

This is mainly because my Other Half abhors the idea and can’t think of anything worse.  But this year, we were determined!

We laid out our plan for some truly spooky Halloween fun for Pepper.  First we would visit Pets At Home and purchase an outfit for Pep and then we would treat her to some delicious homemade Halloween treats.

And there was nothing Daddy could do about it! 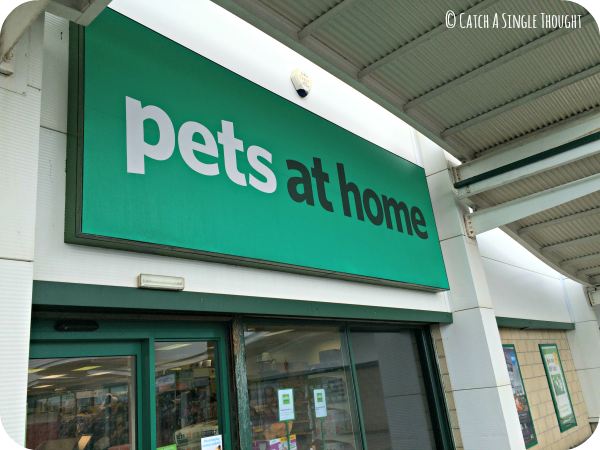 We almost missed the cut-off for the outfits, which were already on sale the week we went, even though it isn’t Halloween for quite some time yet.  I suppose this is to make way for their Christmas stock which is already dominating quite a large percentage of the store. 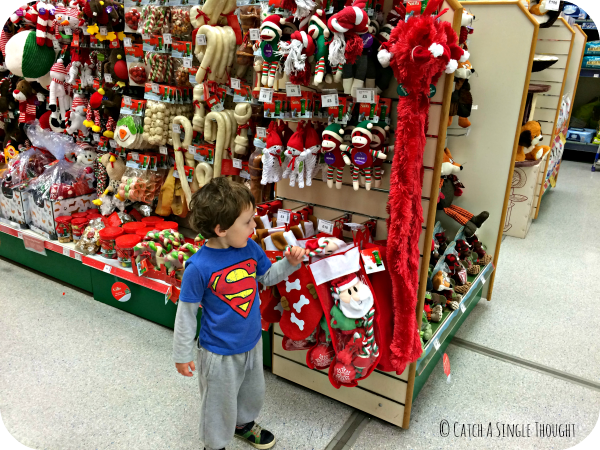 I spotted a HUGE hide bone which would be perfect for a Christmas treat, mostly because I’d like to see Pepper attempt to carry it outside and bury it in our garden as she likes to do with every other treat she is given.

Unfortunately, there wasn’t much choice, perhaps because Pepper is a large dog.  There were plenty of cute outfits for little dogs but for her size we had to choose the skull body warmer and cap. 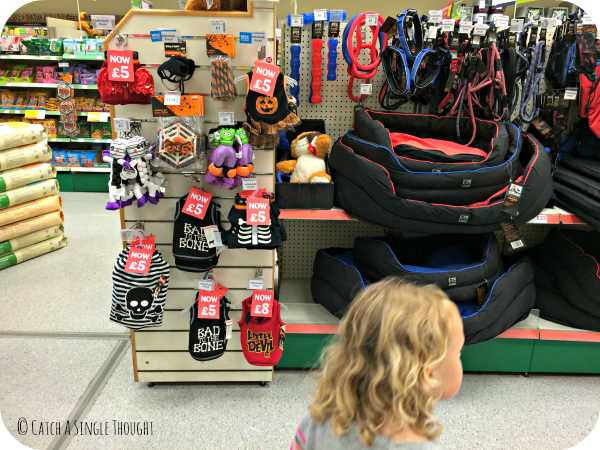 This was fine though, after much discussion we decided that she would be a pirate dog, which is perfect as the kids have plenty of pirate accessories to be her shipmates.

No trip to Pets At Home is complete without visiting the fish. 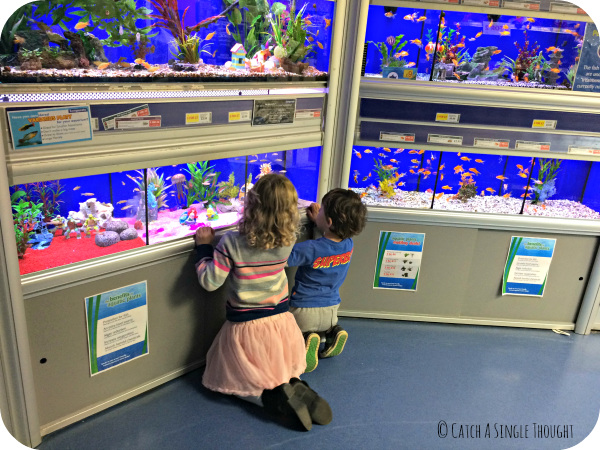 All dressed up and looking fierce, the next part of our day was to create some yummy special treats. 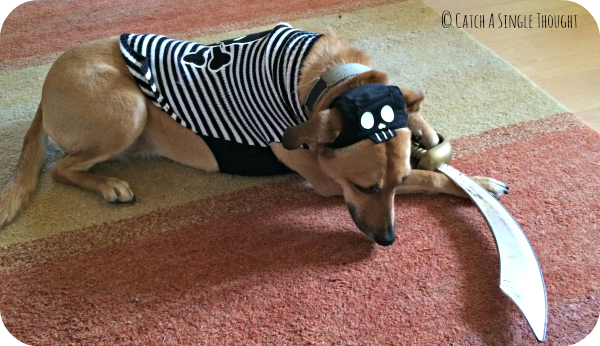 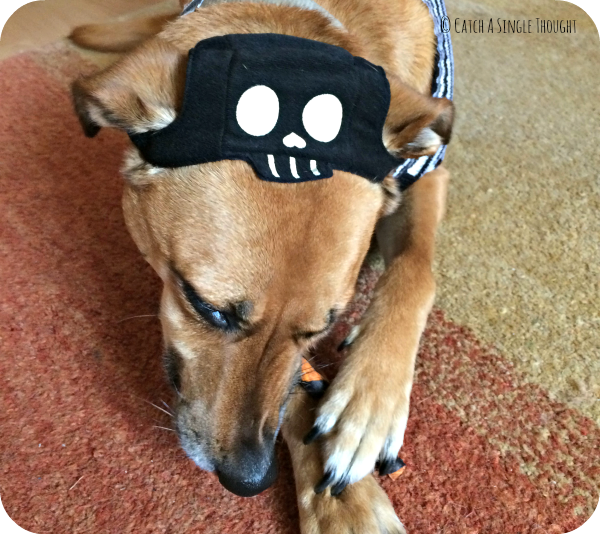 For this, we chose pumpkin and peanut butter biscuits.

It’s the first time we have attempted to make our own treats but I have to say, it was so simple that we will definitely be doing it again in the future. 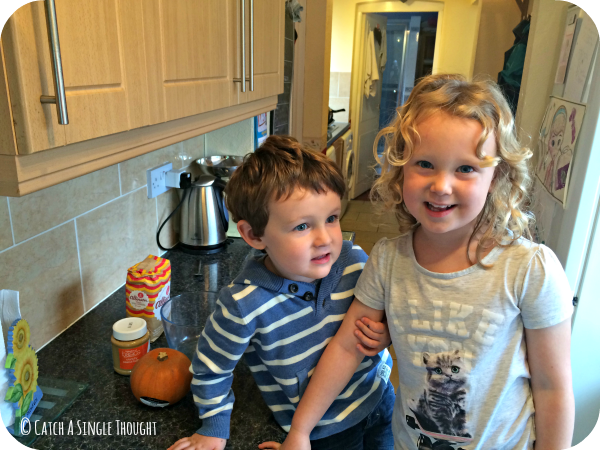 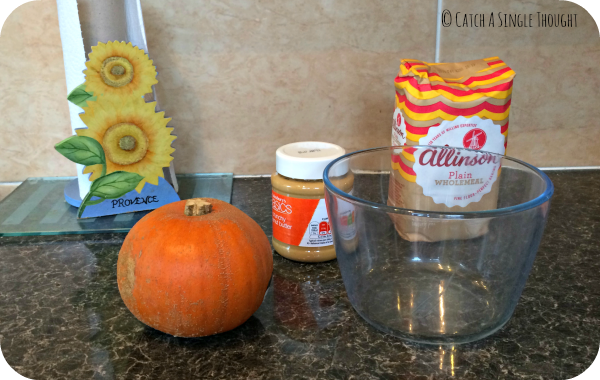 It is really so simple to do.

Scoop out the pumpkin and mush it up. 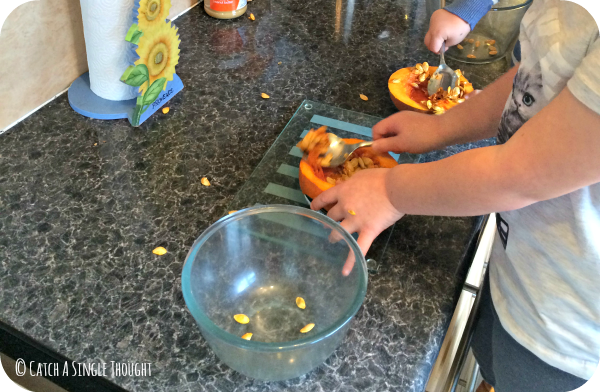 Add in the flour and the peanut butter. 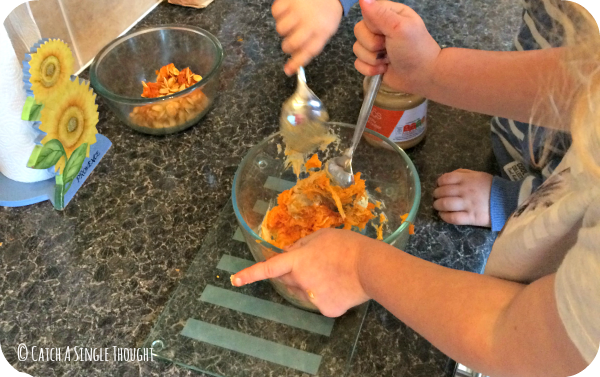 Mix it all up until it binds together, almost like a dough.  Then roll it out, and use cutters or create your own shapes, like we did. 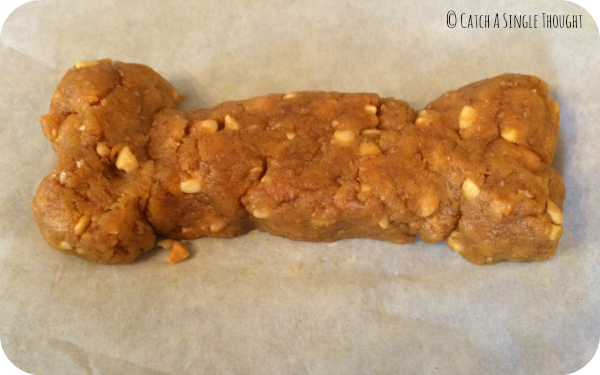 It’s probably not the nicest for human consumption though, nice try Eli. 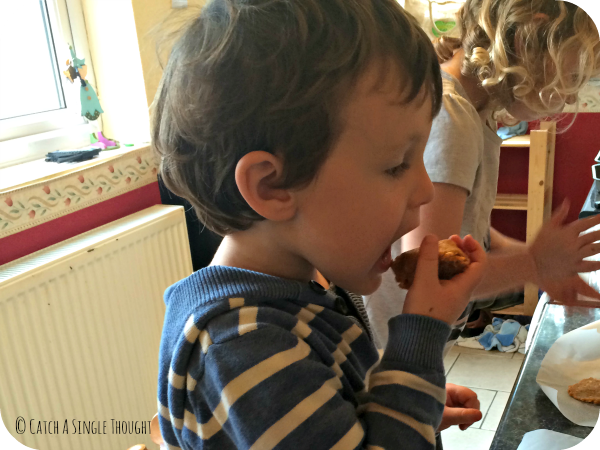 Easy peasy, delicious treats for doggies.
Have you been up to any pet-related Halloween fun this year?

I'm Going To Uganda with Send A Cow