I am a really big fan of murder mystery games ever since we discovered the type you buy and organise yourself at home.  I have hosted several and they are always a great laugh.

So when I was invited to attend a murder mystery evening at the Renaissance Hotel by BGO, I snapped their hand off.  In line with the launch of their new murder mystery game, BGO invited around 40 bloggers to join them for some delicious food, and mystery solving.

We were served with champagne on arrival (unfortunately I was limited to half a glass as I was driving, boo!) before being taken through to the dining room to enjoy our three course meal and play the ‘Who Killed His Lordship’ game.

Each table had an evidence pack, which contained details about the various suspects and forms for forensic tests, fingerprint tests, pocket searches and suspect interview forms so you could delve a bit deeper and try to work out whodunnit 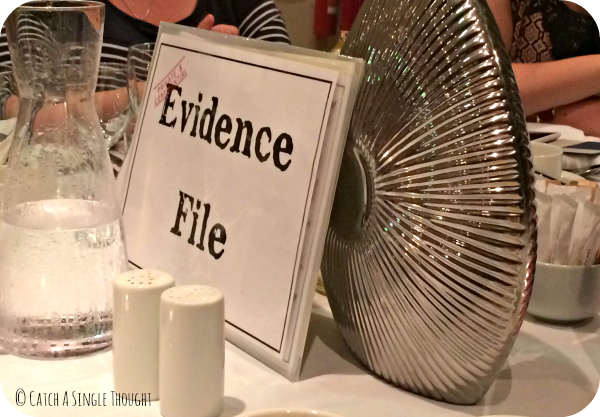 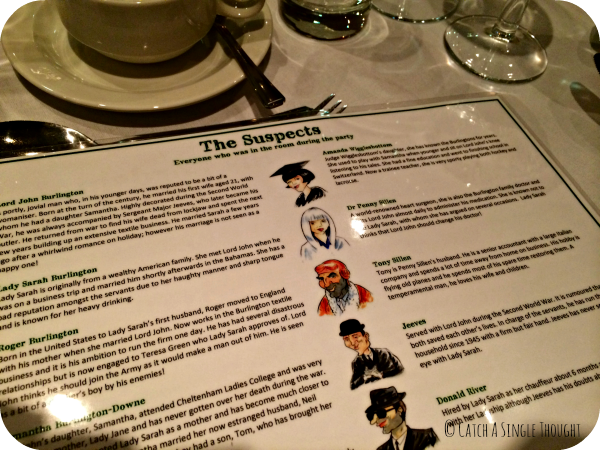 The game was very interactive, and required great attention to detail although several members of our table seemed to be more preoccupied with finishing the complimentary bottles of wine than actually solving the mystery(!)  As one of the few not drinking I tried to put my keen and penetrating mind to the task…but didn’t really do so well.  It’s not as easy as they make it look on the television, that’s for sure!

The most amusing part of the evening was when the winning team had to dress up and act out their scenario.  It was highly entertaining and I’m rather glad we didn’t win because of this!

The actors were all brilliant and I thoroughly enjoyed the evening.  Even if we weren’t successful in solving the mystery. 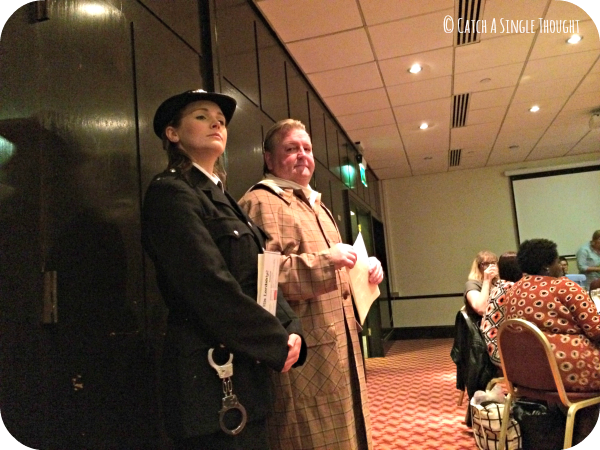 And I’m afraid I can’t reveal who did really do it, otherwise that would spoil the fun if you ever wanted to play it yourself!  All I can say is a huge thank you to The Murder Mystery Company and Joes Bloggers who invited me along for the evening. 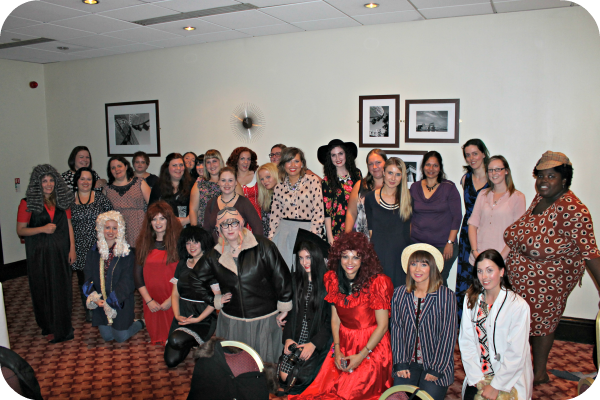