Half Term Fun at the National Forest Adventure Farm 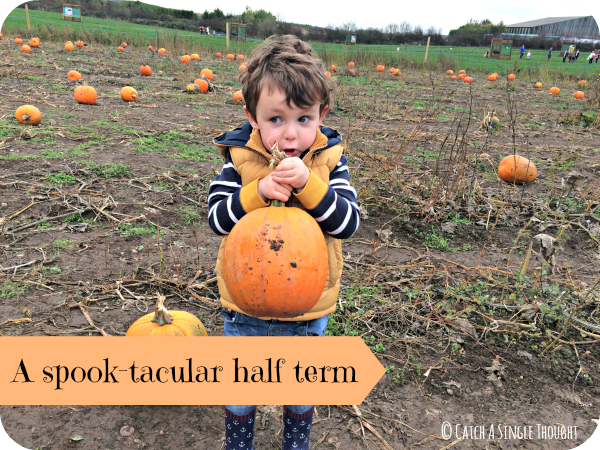 Recently we were invited by the lovely folk at the National Forest Adventure Farm to join them and check out their Spook-tacular half term event and to pick a pumpkin from their special patch.

As any parent will know, having great days out to enjoy during half term is a great way of breaking up the week and ensuring that you wear your children out sufficiently so we were more than happy to travel down to Adventure Farm.

As we walked across the car park towards the entrance we noticed many people heading back to their cars, arms laden with bright orange pumpkins.  Meg became increasingly concerned that there would be no pumpkins left for us to pick so we had to head there first (and then back to our car again) before we could fully explore and appreciate the park. 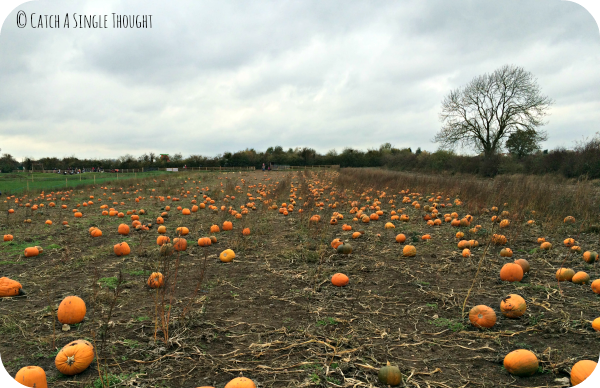 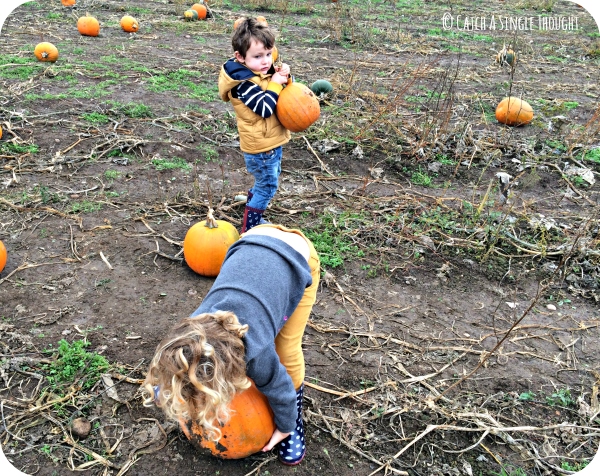 Although we visited at the end of the week there were still plenty of pumpkins left for us to choose from and from the size of the patch and the number of roots in evidence I bet it was amazing to see when it was first opened. 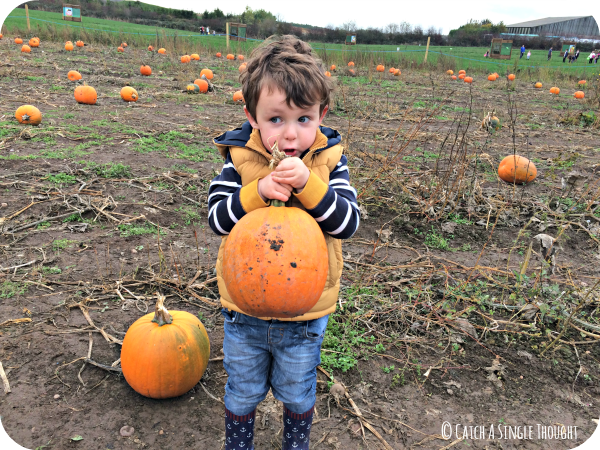 One thing which really stood out was the effort that had gone into dressing up the farm so that it was fit for a fright.  From added attractions such as the Spooky Hotel and the Mummy Maze to special activities like pumpkin carving, they had very clearly gone out of their way to transform the farm. 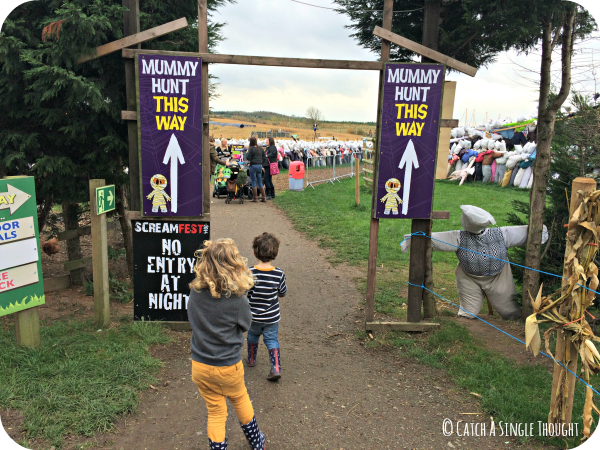 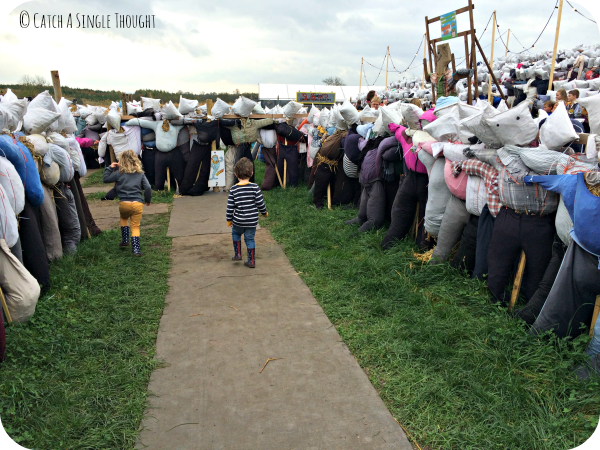 As well as the special attractions which had been added in for the purpose of the Spook-tacular event there were the usual things you would expect to find at a farm such as an animal barn (with scheduled petting times), tractor ride and adventure playground. 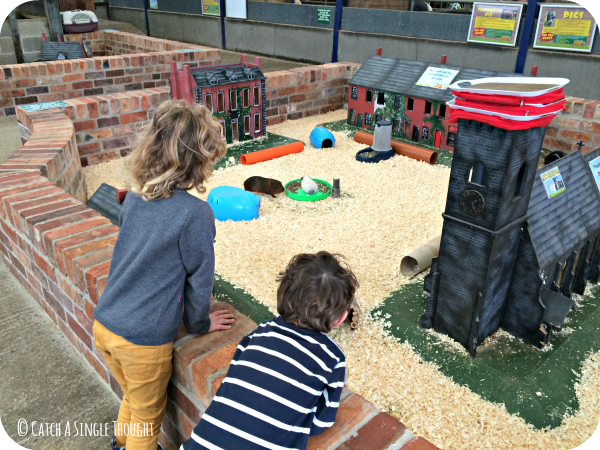 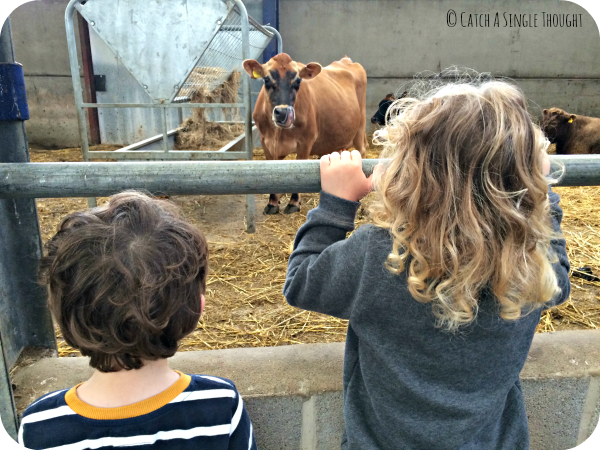 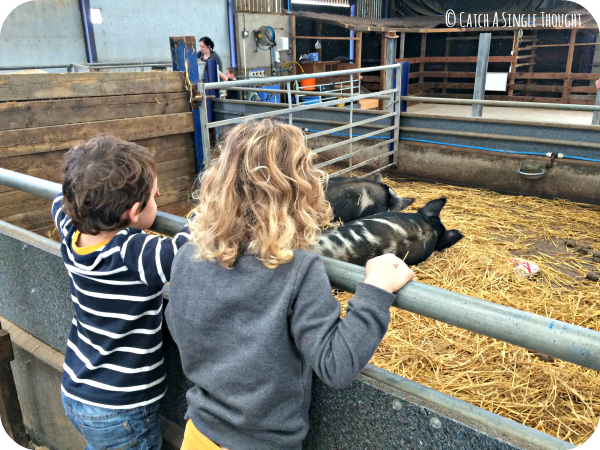 On entrance we were also each given a ticket for the barrel stampede ride which was very popular with Eli who could hardly contain himself as we waited and kept trying to zip between the legs of the other people in the queue. 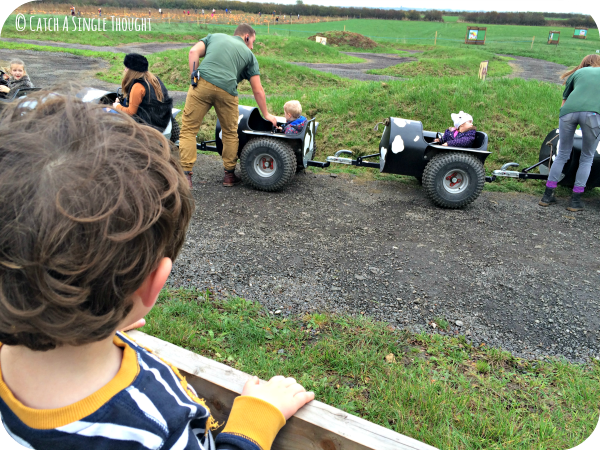 We mostly stuck to the attractions outside as the weather was beautiful for the end of October, and we wanted to make the most of it.  There is an indoor soft play with adjacent cafe but it was heaving for the majority of the time we were there so we avoided it.

Both Meg and Eli really enjoyed ‘FunField’ which had the pirate ship playground, a sandpit, an inflatable assault course and two giant bouncing pillows.  There was also mini-golf and a ‘beat the goalie’ football game which seemed to be very popular with older children. 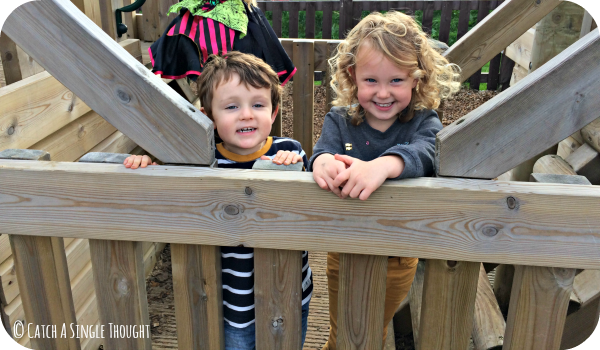 The only criticism I have is of this particular area.  There were two giant inflatable jumping pillows; one for under 8’s and one for over’s.  Although there was a member of staff overseeing this area they were quite young and made no attempt to clear the under 8’s pillow when a large group of older children descended on it.  Unfortunately, I only noticed this as Eli got crushed and ended up in tears and we had to leave the fun.  Other than this, I found the staff to all be incredibly helpful and friendly. 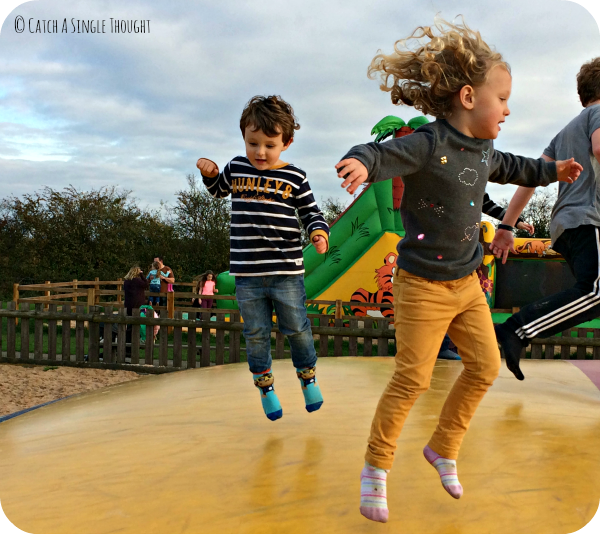 Overall I was really impressed with the different activities available at the farm.  We arrived at 12pm and didn’t leave until it started to get dark at 5pm but I think even if we had arrived at 10am we’d have found plenty to do. 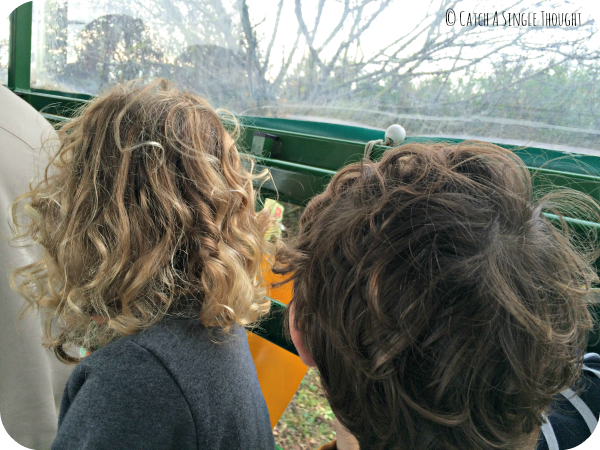 Winter prices are just £6.75 for anyone over 2 and I think this is great value for money, especially if you coincide your visit with a special event.  Even better, the upcoming Christmas on the Farm event, is free entry for adults with each paying child.  What could be more enticing than that?

I would thoroughly recommend this farm for a great family day out.

Disclaimer: We were offered free entry for the farm in return for this review.  However all thoughts and opinions are our own.