Last week I shared the return of our Kindness Elves.  They are making a daily appearance here and originally I had thought to share a blog post every day but I just know I would end up falling behind so instead I shall do a weekly round-up of what we have been getting up to.

Feel free to take inspiration for the coming weeks or store the ideas away for next year, if you like.

Nov 30th
A door to the North Pole magically appears on the fireplace prompting lots of questions from Meg and Eli.  How did it get there?  Who will come through it?  Can they shrink and go and visit Santa?

Dec 1st
The elves arrive with a letter from Santa explaining why they are with us and what Meg and Eli need to do during December.  Both Meg and Eli were completely wide-eyed with wonder (making me wonder whether last year wasn’t just a one-off for Meg not believing) and the letter prompted a long, long discussion from Meg about why it is important to be kind, which lasted throughout breakfast and all the way to school.  I won’t lie…I was feeling less inclined to be kind by the minute…! 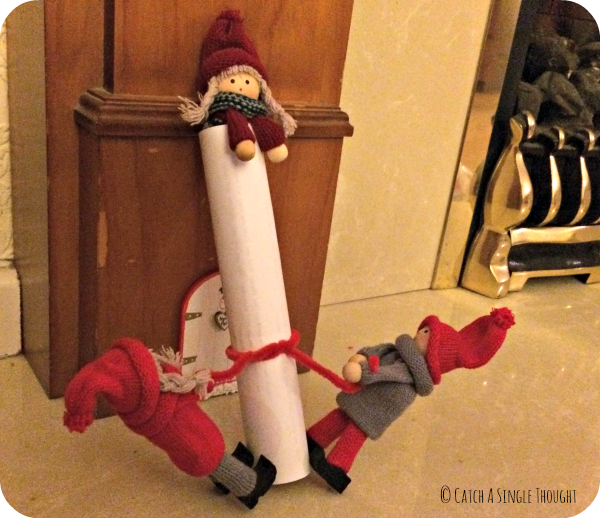 When the children came home they found the elves had brought them a silver chocolate coin to say well done for trying to be kind that day. 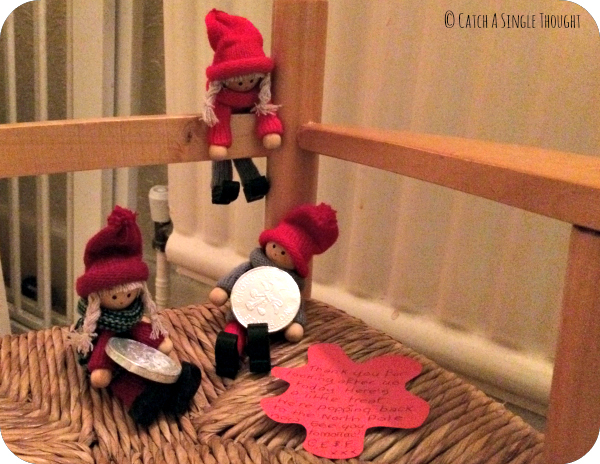 Dec 2nd
The elves made a bit of a mess this morning, bringing ‘snow’ (flour) back with them from the North Pole.  One of the elves was even making snow angels on the carpet!  Luckily they had also brought the start of our new nativity scene with them and explained to Meg and Eli how they would discover the rest of the scene and the accompanying story as well. 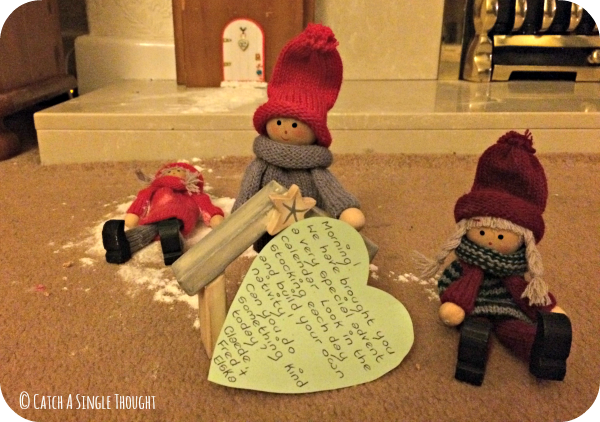 Dec 3rd
Today the elves were hiding in the Christmas tree and they had brought a friend in the form of Stick Man with them.  They encouraged Meg and Eli to be kind to a friend today and when they came home from school and nursery both were really keen to tell me how they had done that which was lovely. 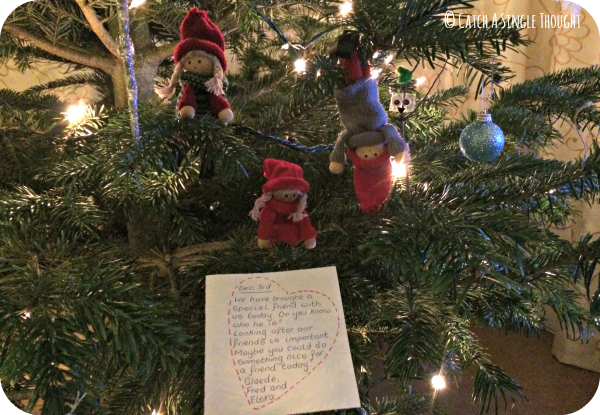 They also discovered that the elves had set up an invitation to play in the form of a craft activity…even if they had made a mess again.  We created some snowflake decorations using lollipop sticks.  I will post the easy tutorial for this next week. 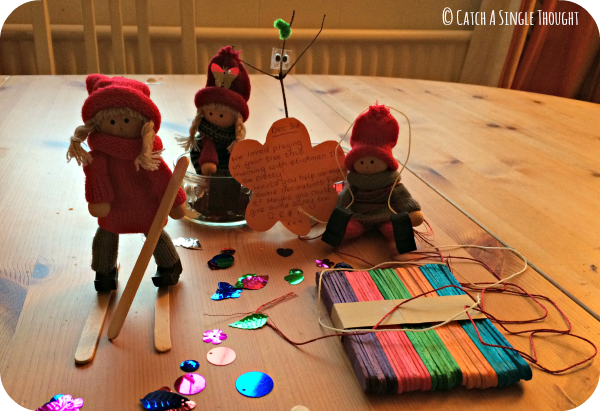 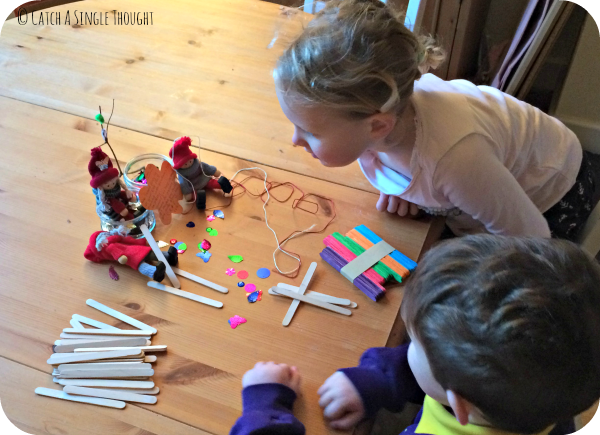 Dec 4th
This morning, the elves were kind enough to bring Meg and Eli a new hat and gloves set each.  However they had also been into the cupboards and brought out all the outgrown coats from past years.  Their note explained that some parents don’t have enough money to buy warm coats for their children and did Meg and Eli think it was a good idea to give their outgrown coats to children who needed them.  Both agreed they did and this is something we will be doing next week. 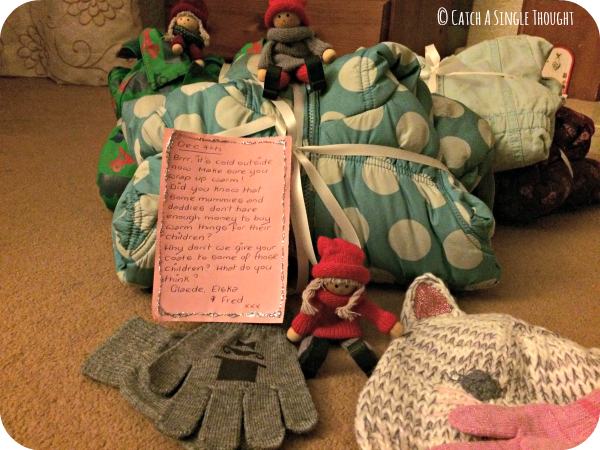 Dec 5th
We had a bit of a dilemma this morning when it was discovered that one of the elves had gone missing.  Luckily, she had only been stuck behind the sofa and although Meg raised her eyebrow in a ‘knowing’ manner at me as I fished her out, she didn’t give the game away or say she didn’t believe, so fingers crossed on that score!  It did mean though that I had to think fast on what the elves could ask them to do today.

As Meg and Eli are going for a sleepover at their Grammy and Grandad’s house this weekend it was easiest to send the elves back to the North Pole for a visit.  They kindly left toothbrushes for them both and instructions to give lots of smiles and hugs though… 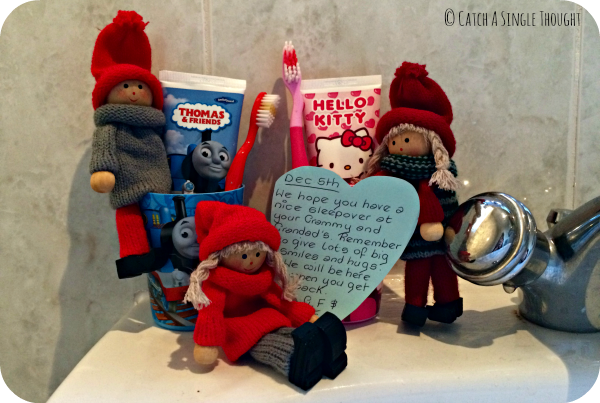 Are you taking part in Elf on the Shelf or the Kindness Elves?  Leave me your links or suggestions below, would love to see them!