Getting Out and About…

One of our aims this year as a family is to get outdoors a bit more and explore the area around where we live.  We have our favourite places to go; i.e. the ones which are within walking distance of our house(!) but we haven’t really travelled much further afield.  Seeing as we are lucky enough to live in an area which is surrounded by countryside and open spaces, we really want to try and make the most of that this year.

On Saturday James was working and I planned to take the kids to the park in the morning and wear them out.  The weather had other plans however and we were subjected to crazy gale force winds and torrential rain until around lunchtime when it finally cleared.  This meant that by the time James got through the door at 2pm, both Meg and Eli were bouncing off the walls so we grabbed our coats and wellies and headed for the door.

There was a country park I wanted to try out, which wasn’t too far away.  As we only had a couple of hours before dusk started to fall, we needed somewhere close by so we could make the most of it.

Yarrow Valley Country Park is 700 acres of woodland and open space set alongside the River Yarrow.  It has everything you would want in a park:

…somewhere to feed the ducks. 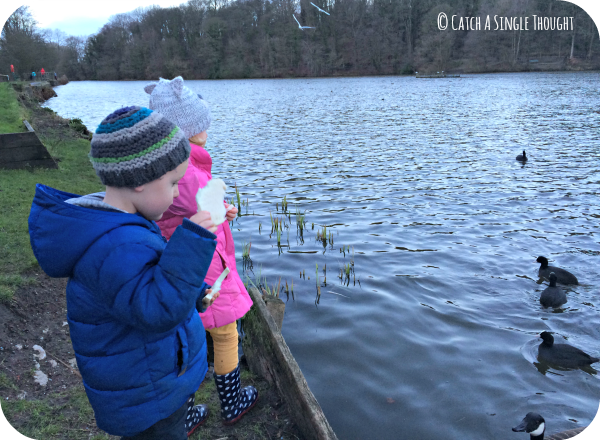 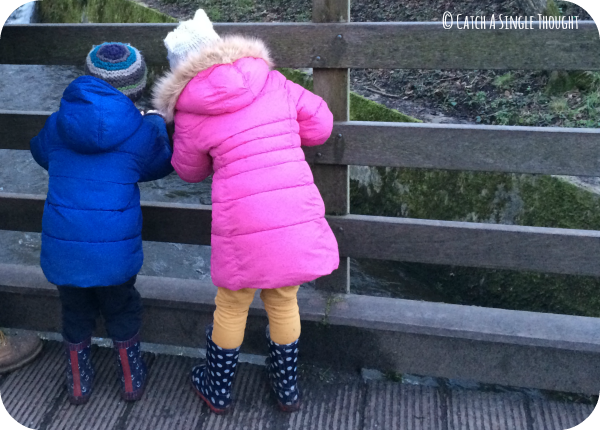 …and of course, somewhere to play.  I have to say that although we didn’t have time to explore the woodlands, by far the best bit of the park is the playground.  It has been created to blend perfectly with its surroundings and is made from mostly natural materials. 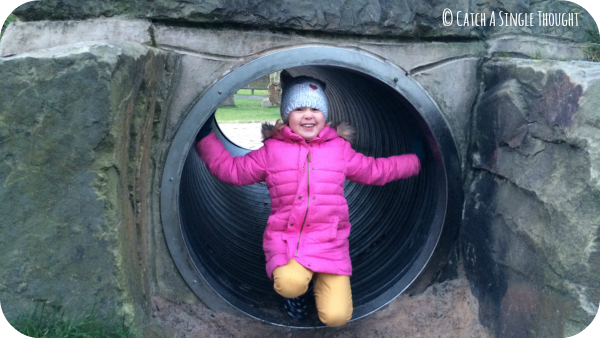 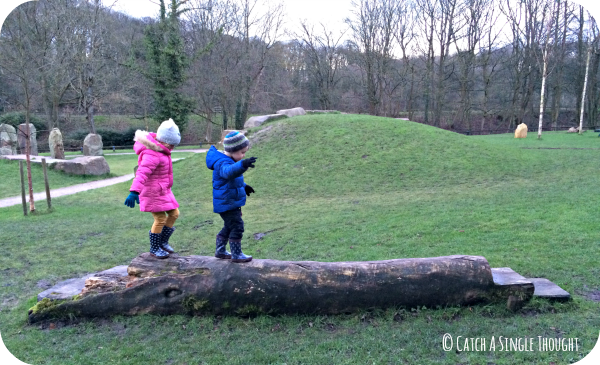 Both Meg and Eli absolutely loved exploring all the nooks and crannies, from the tunnel to the giant rope swing and we didn’t manage to leave until it was almost dark as we couldn’t drag them away. 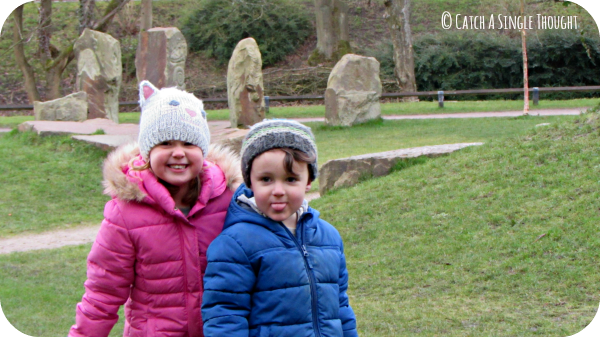 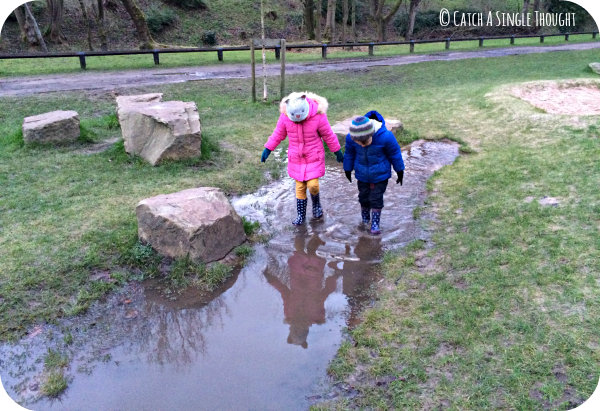 As we had left it until the end of the day to visit, the park was deserted but I imagine it can get quite busy during the warmer months.  We will certainly be heading back to see as it gets the thumbs up from us! 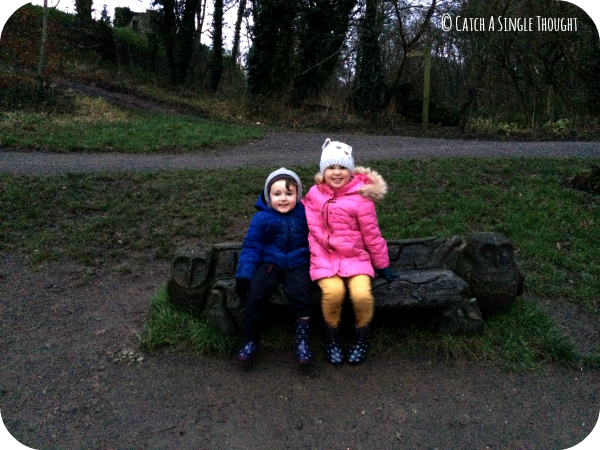