I told a slight mistruth earlier in the week when I said we didn’t ‘do’ Valentine’s Day.  What I meant was that we don’t really celebrate it now but we did once upon a time when we were young and newly in love and keen to impress each other with our romantic gestures.

In fact, one of the most romantic things anyone has ever done for me was my first Valentine’s with James.

Now before I start I should probably say that I am a complete control freak.  I always think how amazing it would be to do something spontaneous like turn up at the airport and board the cheapest flight going but I know that in reality I just couldn’t do it.  What would I pack?  Where would I stay?  What if it was awful?  All these things and more would be buzzing around my head and I’d end up googling the place and completely spoiling the spontaneity of the experience.

So, the first year that James and I were dating, he told me that he had something planned for Valentine’s Day and that a taxi would pick me up at 7pm from my house.  That was it.  No further information.  No amount of wheedling and bribing from me would convince him to reveal more.  I was in full blown panic mode that entire day.  Did I dress warmly, smartly, casually?  Did I need a coat?…and so on.

My friends, apparently in on the secret, thought it was hilarious, texting me several times throughout the day asking how I was coping with the not-knowing.  Suffice to say that by the time the taxi arrived I was unbelievably stressed.  Not the best start to a Valentine’s Day date!

Of course, a big part of being in a relationship is learning to trust and looking back I wish I had just believed that James would come through.

I turned up at a building, which happened to be the place where we occasionally worked with some young people…had I come to do some youth work rather than have a date?  James met me at the door and led me upstairs where he had completely transformed the room.

There were candles and fairly lights scattered around creating a beautiful ambience, soft music playing gently in the background and a picnic blanket taking centre stage with a wicker basket and some wine glasses accompanying it. 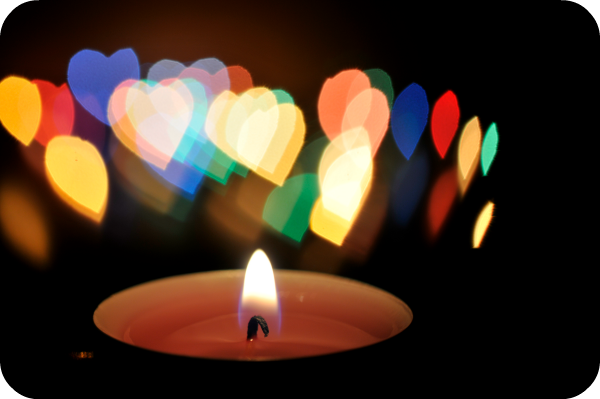 I was completely taken aback to be honest.  It wasn’t at all what I had been expecting!  We enjoyed some gorgeous food (this was before the era of cameras on mobile phones so I wasn’t able to take any pictures!) and drank some delicious wine.

Once I’d been wined and dined, James brought out some huge, squishy cushions and piled them up so we could watch ‘When Harry Met Sally’ on a big screen using a projector in total comfort, a film I’d actually never seen before either.

Such a simple idea, and so not worth getting worked up about, as it transpired to be one of the sweetest and most enjoyable dates I have ever had.  It also taught me that I ought to learn to trust James’ judgement a bit more.  Sometimes the man comes through!

What is your best Valentine’s Experience?  Or your worst?!  Feel free to share below!

Disclosure: This post has been written in collaboration with TheCircle