Regular readers will know that I am not a fan of doing puzzles with my children.  It’s a terrible habit I have of simply lacking the patience needed to sit with them and watch them mash the pieces together.

I realised recently, however, that my reluctance has been passed from one child to the other.  See, Meg was never very good at puzzles and I just assumed that Eli would be the same.  He hasn’t really ever shown interest in doing them (although that may be because the ones we have are all princess themed…) and I’ve never really pushed the matter.

However, as Meg has gotten older so her puzzle skills have improved and she can now quite easily sit and do a puzzle by herself, with little intervention needed; she will even choose to take a puzzle off the shelf by herself and sit and do it.  Something I never thought would happen, cynical old me.

This has piqued Eli’s interest in puzzles and he will often look over her shoulder, trying to help and so when we were offered the chance to review the Alphablocks Giant Floor Puzzle I said yes, figuring it was about time he got the chance to have a go at his own. 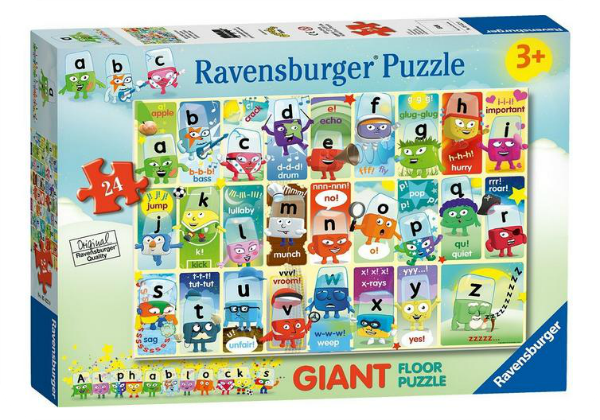 He was beyond excited when the parcel arrived and it was for him.  He was bouncing on the balls of his feet, dragging me into the lounge so we could sit down and try it out.

The box is brightly coloured and immediately Eli recognised the CBeebies characters.  There are 24 large pieces, ideal for smaller hands to hold and turn.  As it’s an alphabet themed puzzle it’s also a great chance to practise phonics with children who are slightly older; Eli is currently doing this at nursery so it all fitted in very nicely.

As you might expect, each letter also has an emotion or action and attractive and bright pictures. 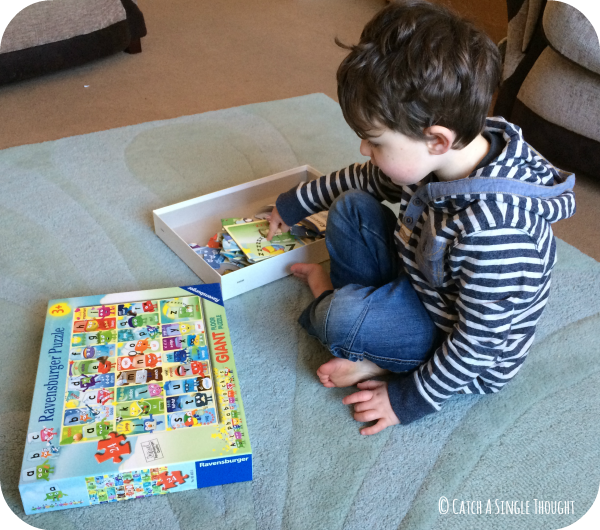 Eli took to it right away, using the box to find which Alphablock he needed. 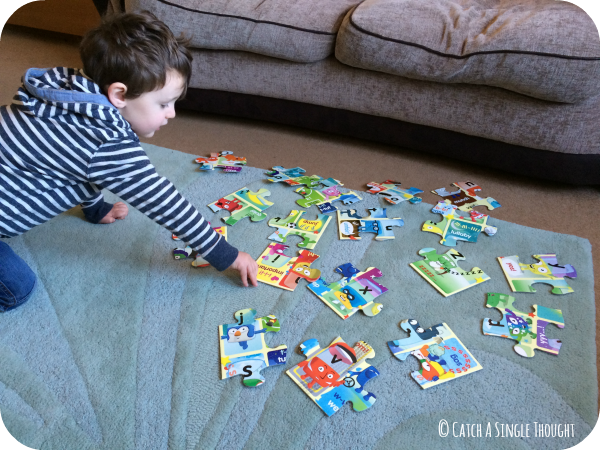 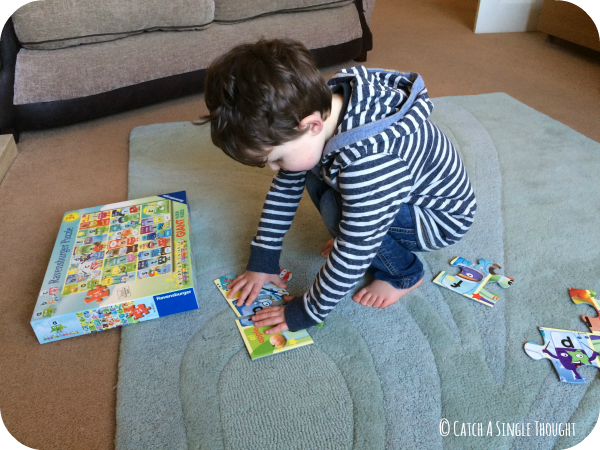 This is where my only criticism of the puzzle comes in; I had assumed that each letter would be one piece of the puzzle.  This would make it easy for the child; to see which letter they needed next and to find the corresponding piece.  It would help with running through the alphabet and practising the sounds.  That isn’t the way this puzzle works.  You get several letters on one piece, or none at all.  This is fine in itself, but you can’t really work on letters and sounds until the whole thing has been completed.

I suppose the upside of this is that it makes it more challenging for older children; rather than them just finding the next letter, they actually have to consider how the puzzle pieces fit together. 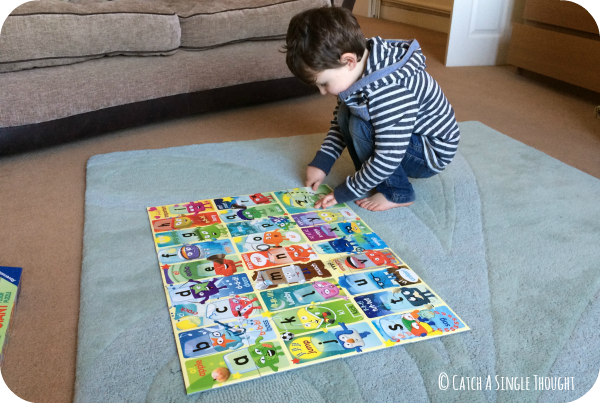 Perhaps it should have occurred to me when I saw that there were only 24 pieces in the puzzle; but I just assumed.

However, beyond this, the puzzle is ideal for children aged 3+ and as I said, is a great way to get them engaged with recognisable characters, and is a good educational tool as well, allowing children to practise their letters and sounds.

The puzzle is available from various retailers and is priced at £9.99 which I think is a reasonable price.

We would certainly give it big smiles and a thumbs up. 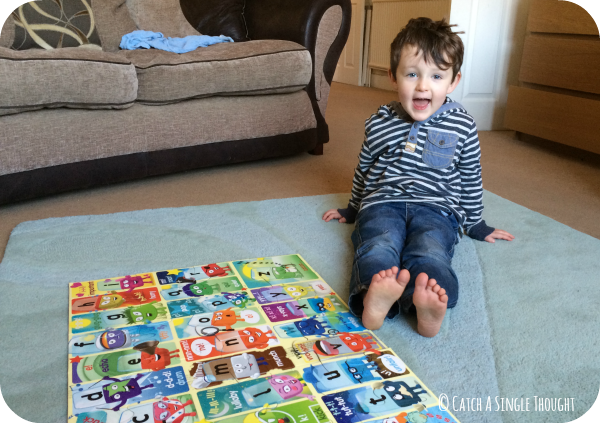 The One Where...I Finish Writing A Book