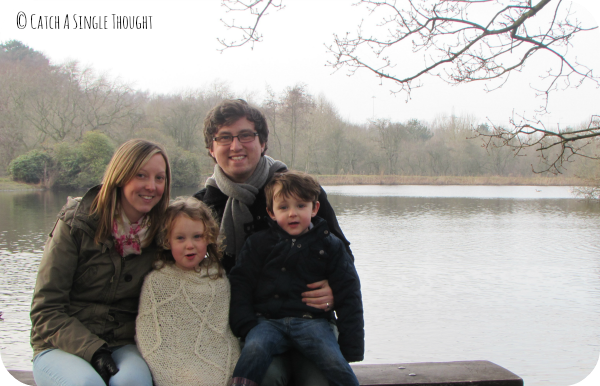 This month we have loved:-

*A week off for half term.  It was a much needed break for the two smaller people in the house.
*Mummy finishing writing her book and getting some amazing feedback from people who have read it for her.
*Making the most of the milder weather and exploring.
*Daddy getting a new company car which is so big inside it doesn’t seem like you’re in a car at all.  Not sure Daddy is so keen though!

My plans for a great family photo were slightly scuppered by the arrival of chicken pox which meant we spent the last week and a half of the month inside, so I had to make do with these captures from earlier on.  Unfortunately, we were photobombed by the dog who decided that she absolutely deserved a place in the pictures as well and Eli just wasn’t playing ball.  I have no idea what he is grimacing at, there was certainly nobody else around at the time. 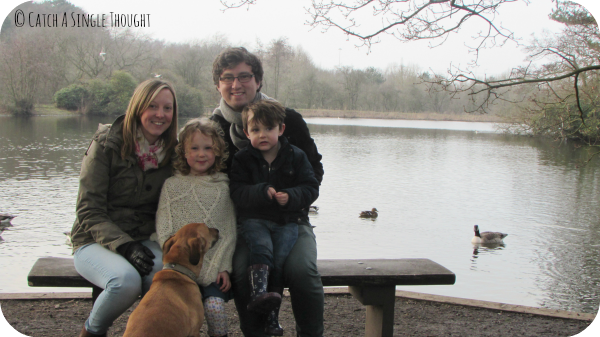 I can’t believe that we are in March already, the month really just seems to have whizzed past.  It caught me completely by surprise that it was Me & Mine already.  I am looking forward to the arrival of Spring though and not having to get wrapped up every time we want to head out of the house.  Not to mention the arrival of all the wonderful Springtime flowers.  Bring it on!