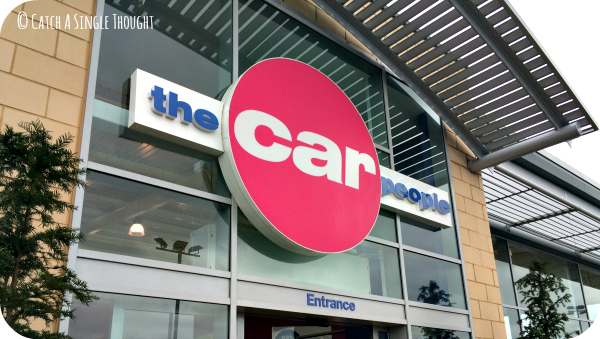 Just after Christmas our faithful Vauxhall Meriva, affectionately known to the kids as ‘Lily’ went in for her MOT and failed with a royal thump.  I sort of knew that she was on her last legs; the heating had given up sometime in November, the car was constantly damp and there was a strange clunking sound whenever you turned the steering wheel to the left.

We paid to get her roadworthy again but both myself and James admitted that it was probably about time we started to look at other car options.

I love my Meriva, truth be told.  It’s the ideal size for pootling around, there’s plenty of space for the kids in the back, it has a DVD player which has been priceless on longer car journeys and the boot space was big enough for our large double Phil & Ted’s pushchair to fit in with ease.  Now we don’t have a pushchair, I judge boot space on whether or not the dog could comfortably get in!

All my previous cars have been bought private second hand; I don’t know why but the idea of going to a used car dealership just fills me with dread.  I think it’s something to do with the stereotype of dodgy dealings and being pressurised into parting with money you don’t have for a car which is completely impractical.  Just me?

When we were asked to visit The Car People therefore, we were a little dubious.  Me, because I hate going into a shop and leaving without buying anything (seriously…it’s a real issue I have and I’ve ended up with some completely random things over the years) and James because he thought I was going to agree to purchase a car!  We aren’t in a position right now to buy a new (to us) car but as it’s something we are looking at doing this year, it was a good opportunity to get an idea of the type of car we could afford I would like and to compare those in a similar range.

For as long as I can remember I have wanted a Toyota RAV4; certainly since before I could drive so James agreed that we could look into the possibility of buying a Crossover; one step up from my Meriva but not quite a 4×4.

We decided to visit the Manchester branch and headed off on Saturday, thinking that it might be slightly busier and therefore we would be less noticeable under our mystery shopper guise.  We had a right old faff trying to find it using the postcode given on the website; it’s worth bearing in mind that you need the sat nav right up until the point when you are almost there and then you need to follow the written instructions given.  D’oh!

We walked straight in and headed out to the back where the cars were.  Meg and Eli immediately spotted the soft play area (I imagine this is key when you are trying to sort paperwork with children in tow!) but as they were much too big we managed to persuade them to come and do some car shopping instead.

The Car People’s tagline is: ‘Great cars, honest advice and hassle-free service.’ Would it live up to the claim?

We were right in that it was busy, but most of the people seemed to be inside so we were free to wander around the external showroom at our leisure.  On our way in we had failed to notice the stand which contained the leaflets (apparently you are meant to pick one of these up and write down the registration of any cars you are interested in, which we didn’t do, oops!) and so once we had taken a good look at the cars, we were a bit confused about how to go about viewing the inside.

The showroom is laid out in a very easy and logical manner, with the different types of cars being grouped together so it’s easy to see and compare all at once. 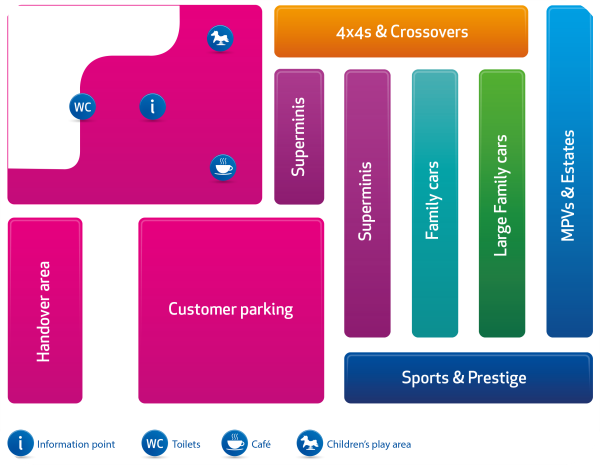 Although there weren’t masses of crossovers (and no RAV4’s, boohoo) there was a good selection and we selected a few we were interested in checking out in more detail.  All the cars contained clear information on the specifications of the car, the price and details about finance as well which made it easy to rule a few out straight away! 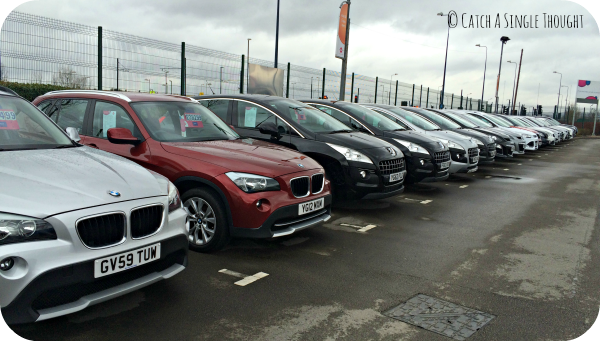 James headed inside to try and find someone, but there was nobody available at that point in time.  We weren’t too fussed as we wandered around looking at other cars for around 10 minutes before spotting a staff member moving a newly sold car and managed to get her attention. 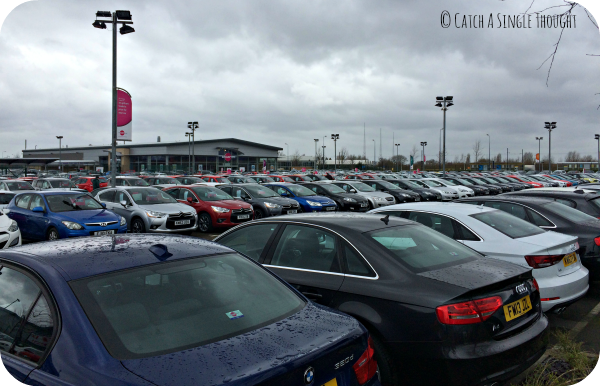 Having failed to do the process correctly (naughty us!) Becci wrote down the registration numbers of the cars we were interested in before going off the get the keys.  She came back within a few minutes and we looked in the vehicles.  I appreciated that Becci was very hands off, she let us have a good look around the cars in our own time, asking us a couple of questions about what exactly we were looking for, what the car would be used for and so on but in no way making us feel as though she was angling for a sale.

It was great to be able to compare the cars side by side; we could immediately see which cars would work and which wouldn’t and I was surprised at my own preference.  We had chosen to look at:

I am surprised to admit that I fell in love with the Hyundai IX35.  It ticked all our boxes and then some although it was the most expensive of the cars available that day.  Typical! 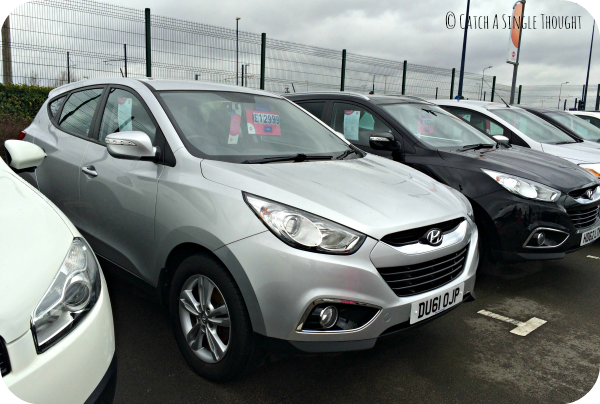 We explained that we weren’t really in a position to buy that day and that we were mainly exploring our options and Becci was fine with that.  She went through the different payment options that are offered by The Car People and how it would work if we were interested.  Becci also explained about the possibility of part-exchanging our Meriva, if we wanted to do that as well.  She was informative without being pushy, and we really appreciated that.

Before we left Becci took down our details and said she would be happy to help us if we decided to return to make a purchase.

*I was really impressed with the hands-off approach taken.  We didn’t feel pressurised into making a purchase, or like Becci was working on commission and desperate to make a sale.

*I don’t want a RAV4 anymore…I want a Hyundai IX35 and I’d like one now, please.

Disclosure: I was asked to test drive The Car People as a mystery shopper by a third party.  The views expressed in this post are my own; this is an honest, uncensored write-up.