My two little siblings have spent more time with each other this month than they might have been expecting thanks to the arrival of chicken pox.  I’m not sure Eli was so keen on having Meg at home during his two days of one on one time with me.  He kept throwing little sideways glances at her as though he wasn’t sure she was really there!  It also majorly confused his understanding of what day of the week it was: clearly he is a little boy who loves his routine.

As they seem to do a lot at the moment, they made the most of the opportunity to get up to no good.  Often when people look after them for us, or they are taking part in a group at Church, we are told how well behaved they are, how pleasant and mild-mannered; it certainly isn’t the case at home!
They never sit still if they don’t have to, seemingly don’t know how to communicate with each other unless it is at top volume, and most of all, love nothing more than wrestling and play-fighting until one of them ‘gives in’.  Sometimes this doesn’t go so well and ends up in a full-blown scrap until James or myself wades in and separates them.  Luckily this doesn’t happen too often.
This month I really wanted to try and get a nice posed picture of the two of them.  Really I should have known better.  I think we managed one shot before they had dissolved into fits of giggles and Eli decided to clamber onto Meg, which she found hilarious. 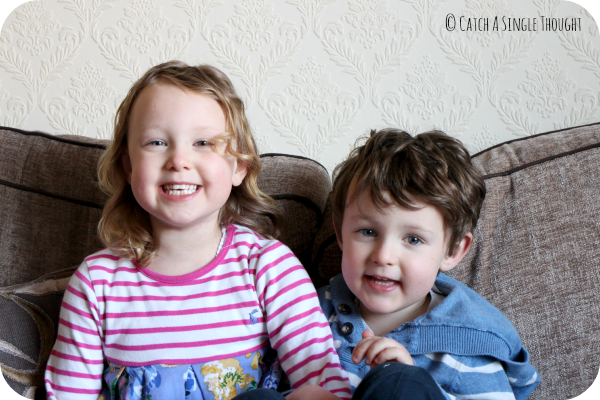 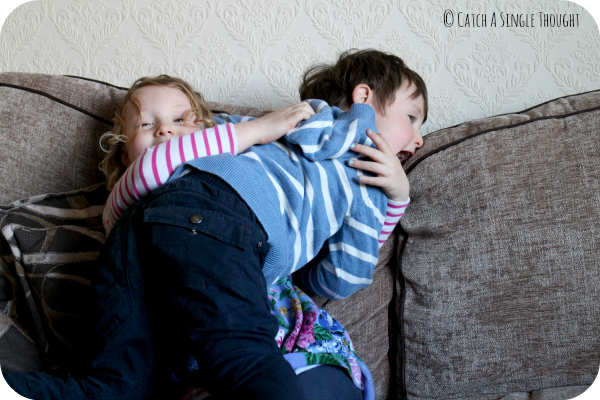 I was talking to a Mum in the playground a few weeks ago, and she was commenting on how well Meg and Eli play together.  Certainly they have their moments but I think that as they get older we see more of the way their friendship and relationship is developing.  They can play together and enjoy each other’s company more now that Eli is able to get involved and hold his own in the whirlwind that is playing with Meg. 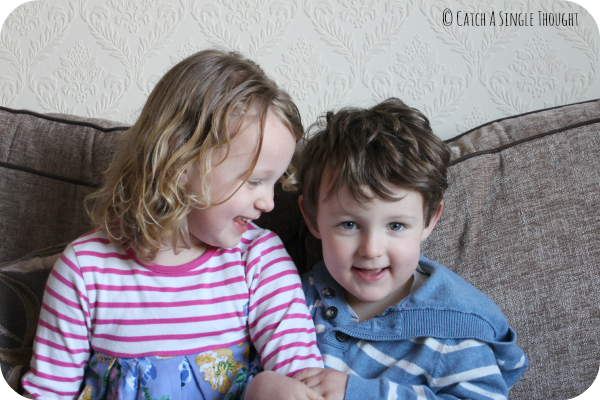 I can still recall the look of horror on Meg’s face when Eli started to crawl and she realised that her new baby brother could now get at all her toys, how she used to nudge him over when he started walking so that he couldn’t chase after her, put things out of his reach and so on.
How wonderful it felt when they finally started to play together; listening to them create little imaginary worlds and their shouts and squeals of delight.  My favourite thing is when Eli makes Meg laugh.  She has the most amazing laugh when she’s really going for it and Eli seems to be the one who brings that out the most.  Sometimes all James and I can do is look on as they dissolve into fits of laughter at one another.
It’s amazing to witness and I love it.  It totally makes the harder days worth it. 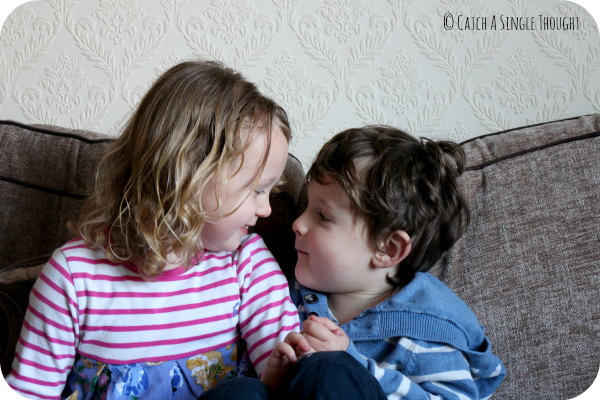 Cabin fever and an update...